Winless Leicester City in turmoil after 5-2 drubbing at Brighton

Leicester have one point from their opening six games and, despite taking the lead inside a minute, were outplayed in a performance that will add to the substantial pressure on manager Brendan Rodgers after a summer of discontent at the Midlands club. 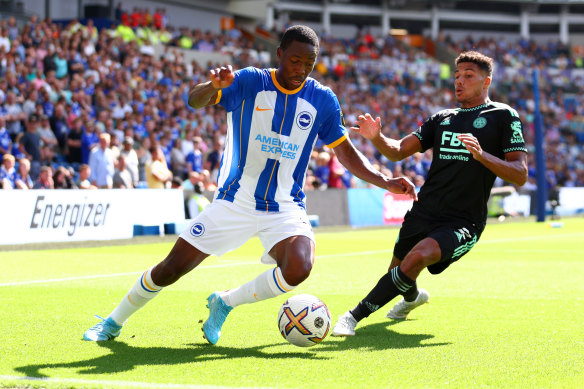 Kelechi Iheanacho put Leicester in front and Patson Daka drew them level at 2-2 before halftime, but an own goal from defender Luke Thomas and strikes from Moises Caicedo, Leandro Trossard and Mac Allister, one from the penalty spot and the other a superb free kick, sealed victory for the home side.

Mac Allister was also denied what would have been a contender for goal of the season when his thunderous strike from 30 yards was ruled out after a Video Assistant Referee check that lasted almost five minutes. Enock Mwepu was adjudged to have been in an offside position and interfering with play in the build-up.

The scoreline flattered the visitors, who looked tentative in their defending and have conceded 16 goals in six league games.

Brighton, who climbed into the top four, travel to south coast rivals Bournemouth on Saturday, while Leicester host fellow strugglers Aston Villa in what is shaping up to be a must-win game for Rodgers.