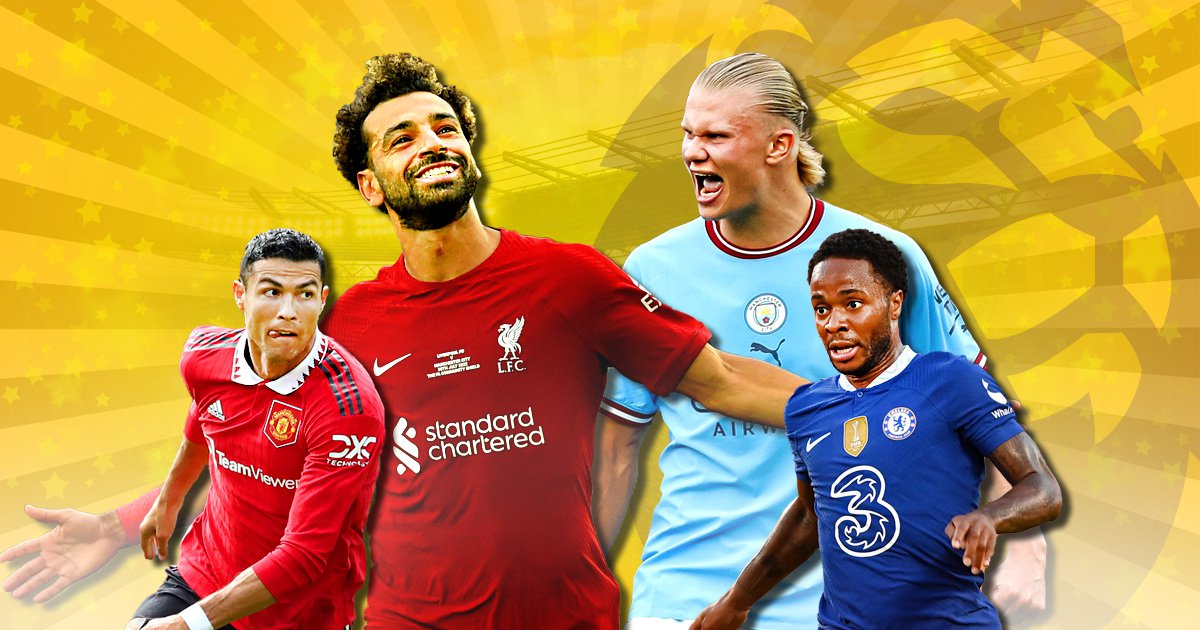 It’s not hard to work out why the television cameras are heading to Selhurst Park for their first live offering of the season tonight. Twelve months ago Sky also kicked off with Arsenal away to London neighbours and they were pretty dreadful in a 2-0 loss at Brentford.

The big summer signings of Gabriel Jesus and Oleksandr Zinchenko from Manchester City have given Mikel Arteta’s squad an encouraging, fresh look even if manager-bater-in-chief Piers Morgan predictably remains an arch critic of the Spaniard.

But pre-season will be forgotten once tonight’s game is under way and the Gunners can expect few favours from Vieira, whose emotions on the touchline during the 2-2 draw at the Emirates last season gave no hint of divided loyalties.
Palace’s summer business has been more sensible than spectacular – defensive midfielder Cheick Doucoure from Lens and Bayern Munich defender Chris Richards.

Conor Gallagher will be missed after returning to Chelsea but they have Eberechi Eze – who missed most of last season with an Achilles injury – and talisman Wilfried Zaha pulling the strings, as they did as a 4-2 win over Montpellier wrapped up pre-season.

Vieira certainly has plenty of credit in the bank among Palace fans. Last term’s 12th-place finish was on a par with predecessor Roy Hodgson, but the eye-catching way it was achieved was chalk and cheese.

Adult tickets in home sections were priced £90 and £100 for this game. Welcome back to the Premier League, Fulham fans. They will be hoping it’s third time lucky and pride doesn’t come before a fall after Marco Silva’s side impressively won the Championship last season.

All eyes will be on whether Aleksandar Mitrovic can finally be prolific in the top flight and how much they miss teenager Fabio Carvalho, who is set to start on Liverpool’s bench given the attacking riches at Jurgen Klopp’s disposal.

There wasn’t too much for Saints to cheer in the second half of last season but they did win 3-2 at Spurs back in February, with Che Adams getting their winner after the hosts had led twice.

At the time, Antonio Conte’s side were tending to alternate between victories and defeats but eight wins from their last 11 games of the season saw them beat bitter rivals Arsenal to a Champions League spot.

They are without Oliver Skipp for the start of the season after he suffered a heel injury in training.

Match stat: Both teams have scored in 14 of the last 15 league and cup meetings.

Forest’s first Premier League game for 23 years is something of a baptism of fire and how quickly boss Steve Cooper can get a squad featuring 12 summer signings to gel could be key. He had little choice, with five loanees featuring in their play-off final win over Huddersfield.

Despite Newcastle’s big-money signings, local teenager Elliot Anderson’s form in pre-season has put him in the running to make his first Premier League start while they try to prise James Maddison away from Leicester.

Match stat: Forest have conceded just 15 goals in 20 away games under Cooper.

Only the relegated teams scored fewer goals than Wolves last season so having Raul Jimenez sidelined by injury for eight weeks and Adam Traore nursing a hamstring issue is far from ideal, their big summer buy having been defender Nathan Collins.

Jesse Marsch’s Leeds completed their pre-season with a 6-2 win over Cagliari in which Rodrigo got a hat-trick but, even more significantly, Patrick Bamford netted twice as he looks to put an injury-ravaged 2021-22 behind him.

Scott Parker’s joy at securing automatic promotion seems to have been short-lived given Bournemouth’s lack of transfer activity this summer. Little wonder the bookies make them odds-on favourites for the drop.

Villa boss Steven Gerrard knows a thing or two about being a captain and his decision to give John McGinn the armband at Tyrone Mings’ expense can’t have been taken lightly. The summer arrival of Diego Carlos in defence should make them a tougher nut to crack.

Hopes that Dominic Calvert-Lewin will have an injury-free campaign this time around haven’t lasted long with the England striker set to miss the first six weeks of the season after picking up a knock in training, an even bigger blow for under pressure boss Frank Lampard, especially after Richarlison’s summer exit to Tottenham.

Blues boss Thomas Tuchel has warned Chelsea are under-cooked ahead of the new season and Goodison Park is a ground on which the Blues have a surprisingly poor record.

Match stat: Four successive home wins for Everton over Chelsea by an aggregate 7-1.

There will be plenty of people predicting a case of second-season syndrome for Brentford, especially with Christian Eriksen having moved to Manchester United, leaving manager Thomas Frank to admit: ‘He brought a lot of quality to us – we can’t replace that.’

It feels like Leicester are starting the season in a state of flux, with manager Brendan Rodgers having to deal with a new financial reality. Inspirational goalkeeper Kasper Schmeichel feels like a big loss.

Match stat: The Foxes have not signed a single new first-team player this Summer.

The feeling that United are not a happy club has been heightened by manager Erik ten Hag having to admonish Cristiano Ronaldo for leaving a pre-season game early after being substituted, former coach Chris Armas claiming a succession of leaks caused dressing-room unrest and goalkeeper Dean Henderson’s grumbles about broken promises seeing him waste a year of his career.

Don’t forget Graham Potter’s side thumped United 4-0 in May.

The Hammers are among the summer’s big spenders, with an £85million outlay, £35.5m of that on Sassuolo striker Gianluca Scamacca potentially taking some of the goalscoring burden off Michail Antonio and Jarrod Bowen.

City had to come back from 2-0 down to secure a 2-2 draw at West Ham in May, shakiness at the back that was evident again in last week’s Community Shield defeat to Liverpool.