Barcelona forward Memphis Depay has reportedly told his teammates that he is willing to stay at the club no matter how many strikers they sign. The Netherlands international has been linked with several moves to Premier League sides, including Manchester United.

The 28-year-old scored 12 goals and registered two assists in 28 league appearances last season, though he has fallen out of favour at the Camp Nou. The arrivals of Robert Lewandowski, Pierre-Emerick Aubameyang and Raphinha have shaken up Barca’s frontline, with Depay now supposedly up for sale.

Tottenham and United have both been linked with the former Lyon forward of late, though it appears that Depay isn’t desperate to jump ship. According to Sport, he has told teammates that “even if six forwards come, I will continue.”

Barca’s financial situation means that they won’t be overly content with keeping players on the books that are surplus to requirements. However, they could be able to offload the forward with reports emerging that Juventus are considering a move for the versatile playmaker. 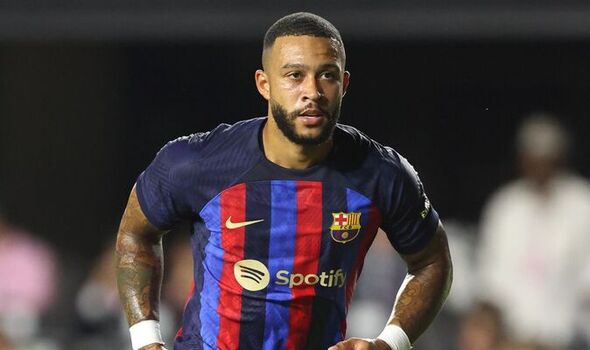 Depay did not enjoy success in the Premier League previously, having moved to United in 2015 from PSV after emerging as one of the most exciting young talents in world football. He made 29 league appearances in his debut campaign under Louis van Gaal before being allowed to leave midway through the 2016/17 season to join Lyon.

Erik ten Hag has shown a desire to sign players who have come through the ranks in Holland so it would be no surprise for the Red Devils to open talks with Barca. However, the relationship between the clubs is somewhat fractured due to the Frenkie de Jong saga. 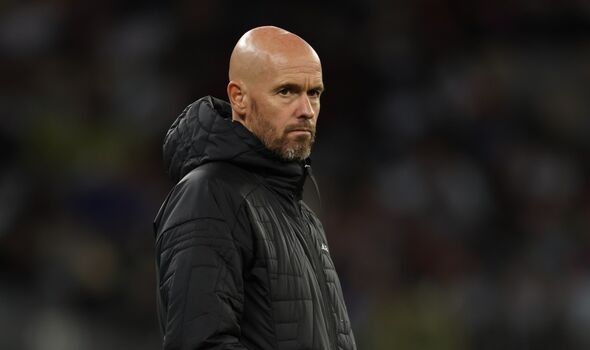 United will certainly be in the market for a forward if they cave in and allow Cristiano Ronaldo to depart as he desires. The Portugal captain has told the club that he would like to leave so that he can play Champions League football, though the Old Trafford outfit are unwilling to comply.

Speaking about the matter, Ten Hag said: “We are planning for Cristiano Ronaldo in the season and that’s it, I’m looking forward to working with him. I have read [rumours], but what I say is Cristiano is not for sale, he is in our plans and we want success together. I spoke with him before this issue came up, I had a conversation with him and I had a good talk, that is between Cristiano and me, what I can confirm is we had a really good conversation together.”