Frenkie de Jong’s agents are understood to be crunching the numbers in order to reach a wage-cut agreement with Barcelona to keep the Dutchman at the cash-strapped Catalan club. However, Chelsea are reportedly pushing to pip Manchester United to the signing of the midfielder and are thought to have offered the La Liga giants Marcus Alonso as a makeweight within a potential swap deal.

The Blaugrana remain embroiled within a crippling financial crisis which is currently preventing them from registering their string of new summer signings. Selling De Jong would go some way to rebalancing the books and reducing the squad’s substantial wage bill in order to see the club’s new stars approved by La Liga.

Barcelona, who still owe De Jong a significant amount in deferred wages, are understood to have issued the 25-year-old with an ultimatum: take a hefty wage cut this summer or leave the club for pastures new. Despite strong interest from United and Chelsea, De Jong is said to remain intent on continuing with Barcelona and his desire to fight for his Nou Camp future has left his representatives scrambling for a solution.

According to Sport, De Jong’s agents are now exploring the possibility of lowering the player’s wages in order to facilitate his stay at the Spanish club. Should no suitable agreement be reached, it is only then that De Jong would be open to discussing a potential move to Chelsea. 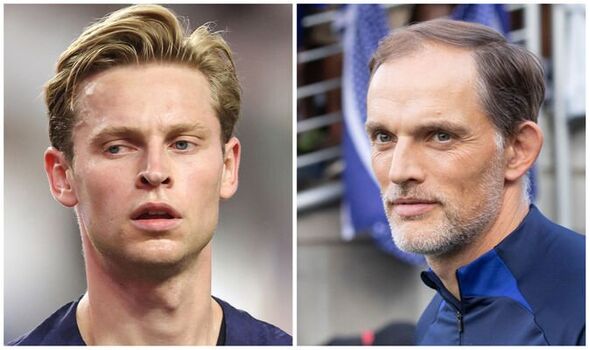 Having already rejected United’s advances this summer in order to increase his chances of a Barcelona stay, it seems De Jong is intent on resisting Chelsea’s interest too. The Spanish outlet claim the Blues acknowledge it will likely be difficult to lure the former Ajax star away from Spain this summer, but have a potential ace up their sleeve.

The west London club have already submitted an offer thought to be in excess of £59million for the midfielder and remain hopeful of concluding a deal. However, the Blues may well seek to include Alonso within a package for less than the ten million Barcelona are currently offering for the left-back, in order to pressure the Spanish side into accelerating De Jong’s exit over the coming weeks. 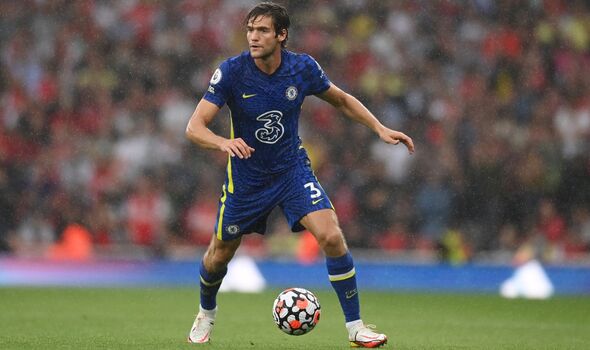 Chelsea are thought to have earmarked this weekend as the opportunity to get a deal for De Jong back on track. In the event that the player’s agents cannot find a solution over his current salary and unpaid wages, it is understood Chelsea and Barcelona will look to close an agreement regarding Alonso in a separate transaction, as opposed to a swap deal.

Despite not even having reached an agreement with the Catalan club over personal terms, Alonso is said to be calm over his future and expects a transfer to be finalised next week with the Spanish giants thought to have given the defender their word. Alonso is also understood to have asked Thomas Tuchel not to select him for Chelsea’s Premier League opener against Everton on Saturday.