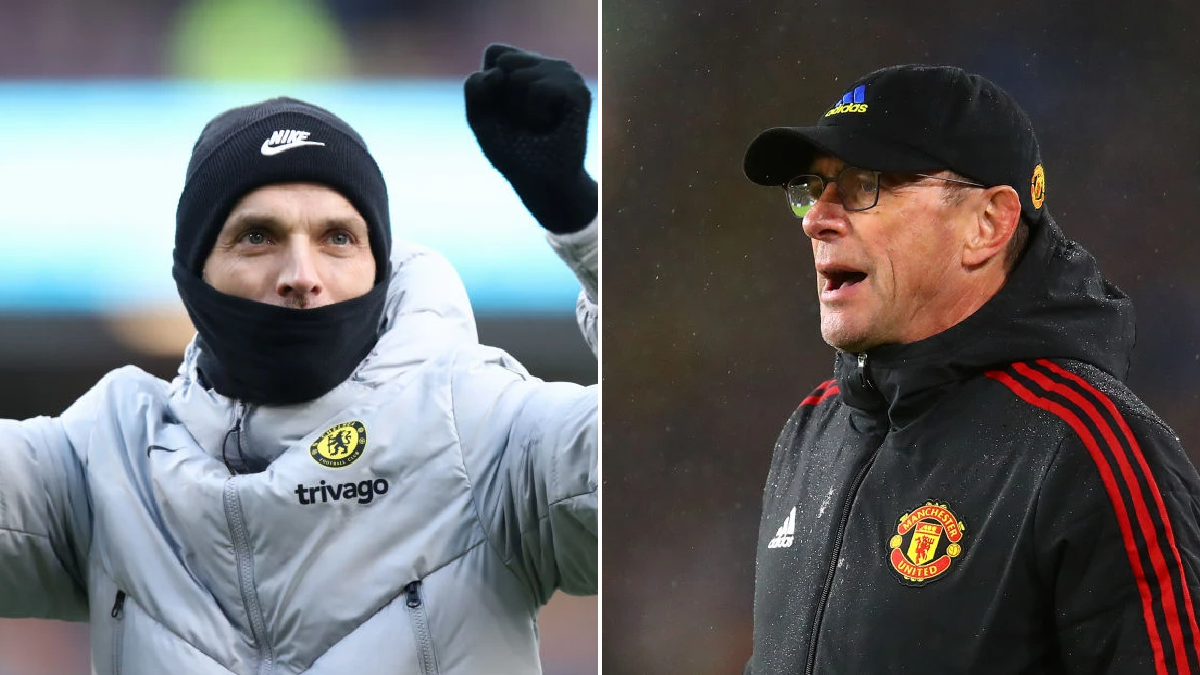 Ralf Rangnick has revealed Thomas Tuchel was full of praise for Old Trafford and the atmosphere generated by Manchester United fans during Chelsea’s recent visit to the club.

Tuchel appeared to enjoy his trip to Old Trafford, hailing the stadium in a conversation with Rangnick before the game started.

The Chelsea boss emerged as a shock managerial target for Manchester United after Blues boss Roman Abramovich was sanctioned by the UK government.

But it soon became apparent that Tuchel intended to stay at Stamford Bridge, with United subsequently appointing Ajax’s Erik ten Hag on a three-year deal.

Asked how much he has enjoyed being on the touchline at Old Trafford ahead of his final home game in charge of Manchester United, Rangnick told MUTV: ‘In most of the games, I enjoyed it but obviously we had some games where we were just 1-0 up and gave away too many points.

‘In those moments, it’s not so enjoyable but overall the support by the fans is massive, it’s great. It’s one of the biggest things this club has.

‘The stadium… I spoke to Thomas Tuchel before the game and he said to me “what a stadium, what an atmosphere”, and this is really great for everybody. I enjoyed that very much.’

Rangnick added: ‘It [United’s final home game] is significant for everybody in the club, not only for the players who might not be here anymore.

‘It’s also important that we show a top mentality and attitude and performance at home in the last game.

‘As I said, very important both for the fans but also as a boost for the new season. For everyone it would be good to get three points in this game.’

Manchester United have won just one of their last five games and on Monday night face a Brentford side who have pulled clear of the relegation zone in their first season in the Premier League.

Rangnick, who replaced Ole Gunnar Solskjaer in the Old Trafford hot-seat in November, said: ‘You could even see [Brentford’s ability] in their first game [against United], I remember watching it on TV.

‘They won 2-0 against Arsenal, they won two or three weeks ago 4-1 at Chelsea, at Stamford Bridge. We had our problems in the first game, in the first half.

‘We could have been 2-0 down and we could only manage to change and turn the game in the second half. This will again not be an easy game for us.’