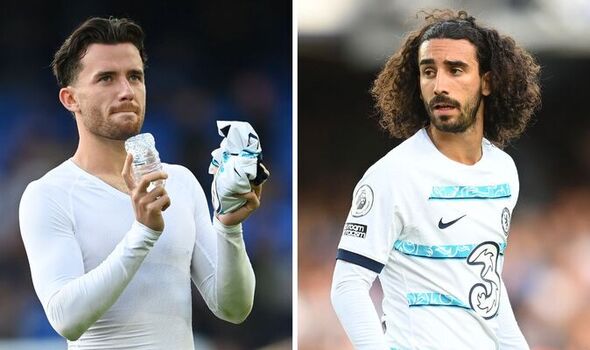 Ben Chilwell has revealed Thomas Tuchel asked him whether he was ready to rumble with Chelsea the day prior to their opening-day-of-the-season victory over Everton. The England international had to be at the top of his game this week in training as Marc Cucurella’s transfer from Brighton continued to gather pace.

The Spaniard is now through the door and came off the bench to help the Blues record a clean sheet in their cagey 1-0 win at Goodison Park.

Marcos Alonso is now expected to depart as he closes in on a transfer to Barcelona, meaning Chilwell and Cucurella will battle it out for the left wing-back spot.

Speaking after the win on Merseyside, Chilwell revealed what his manager Tuchel said to him ahead of the trip to the north west.

Chilwell told Sky Sports: “I had a conversation with the manager yesterday. He said ‘am I ready?’ I said ‘of course’. I didn’t know if I actually was!” 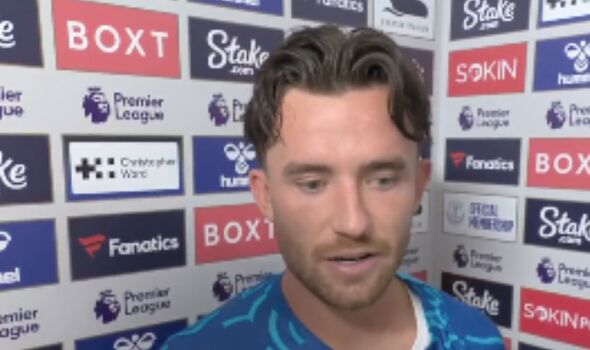 The 25-year-old missed the second half of the campaign last season after sustaining a serious knee injury in the Champions League thrashing of Juventus last November.

He could barely contain his delight following a positive night of work on his return to action, adding: “I worked hard for that moment to play in the Premier League again.

“It felt amazing to be back on the pitch with the boys, obviously I had pre-season under my belt. I was really looking forward to getting them first minutes in the league again. Thankfully it was a win as well.

“I had a couple of weeks before pre-season and it just feels completely different to this.

“It’s the Premier League, it’s intense. It’s why it’s the best league in the world. It’s a tough game every week, especially when you come here.

“It’s one of the toughest places to come, just happy to get the win but yeah I’m exhausted.”

Chelsea’s excessive spending is now expected to slow down there either with Wesley Fofana also on the club’s radar.

The Blues have seen two offers worth £63m and £70m turned away by Leicester for the Frenchman but a third offer is in the works. 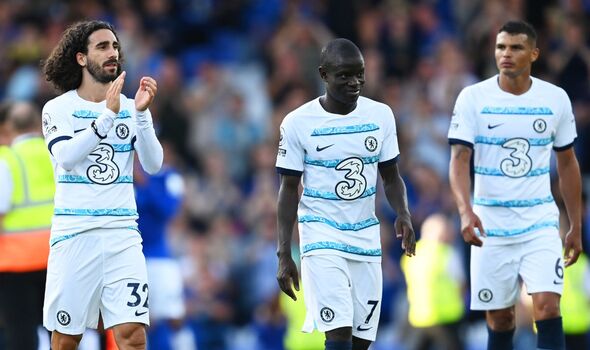 He told Sky: “If we can add, we will add. Maybe not necessarily midfielders as a first option but we are open for everything.

“I hope to use new energy and fresh input to take us to a new level.

“I think we could use some more input and some more quality.”