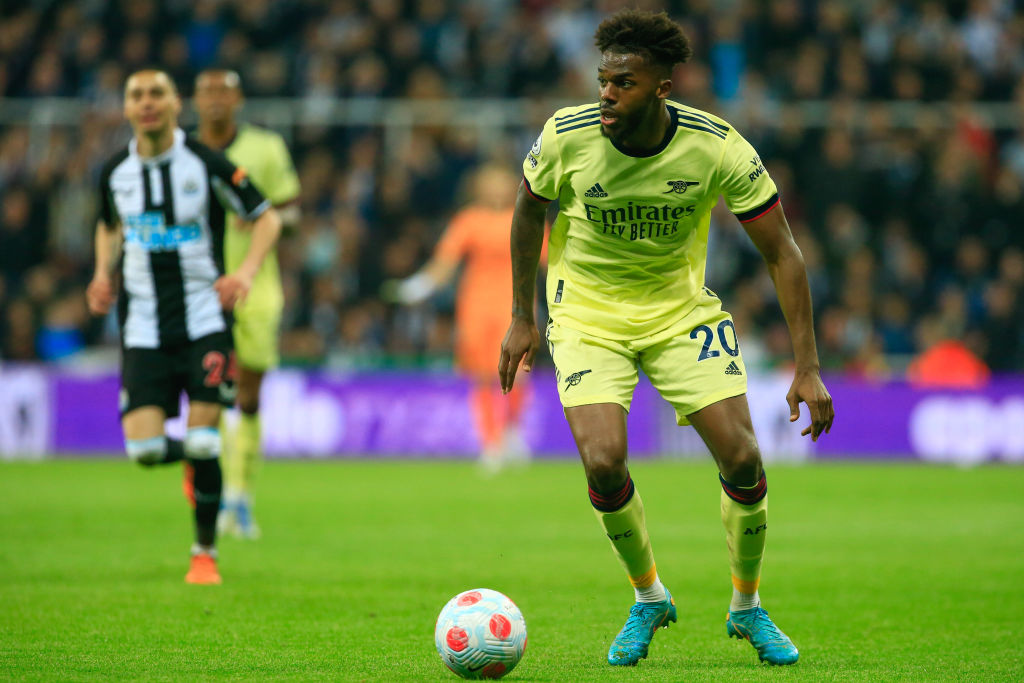 Arsenal legend Ian Wright was frustrated and confused after watching Nuno Tavares give away a foul throw which led to Newcastle’s first goal on Monday night, before the Magpies completed a devastating 2-0 win.

The Gunners’ hopes of a Champions League finish were hit with a near-fatal blow at St James’ Park after an abject performance ended in the loss – their 13th of the Premier League season.

The scoring started with a Ben White own goal, which stemmed from Tavares giving away a foul throw, before Allan Saint-Maximin played in Joelinton down the left to cross and force the error from White.

It was Taveres’ initial blunder that riled Wright, though, with the former England striker stunned that the full-back could make that kind of mistake in such a big game.

‘When you look at the first goal it was our throw on,’ Wright told Premier League Productions.

‘We’re going for top four and we’ve got players taking foul throws! It’s a foul throw! You think to yourself, “What are you doing?”

‘Off the back of that once it gets out to Cedric you can’t let Saint Maximin get outside of you so easily, cut the line off, show him inside but bang they’re straight into us. It’s a great cross but at the same time that could easily have been avoided.

‘When you’re going for fourth you’ve got to be more resolute than that, you can’t make mistakes like that. Yes it’s an own goal but we’ve been the architects of our own downfall it’s terrible play.’

Remarkably, Arsenal have committed 25 per cent of the foul throws in the Premier League this season, according to WhoScored.com, being penalised five times out of the 20 given over the campaign. Tavares himself has committed three of those foul throws.

Arsenal now sit fifth, two points behind Tottenham with one league game to play, and with their vastly superior goal difference, Spurs just need a draw against Norwich to secure a top four finish.