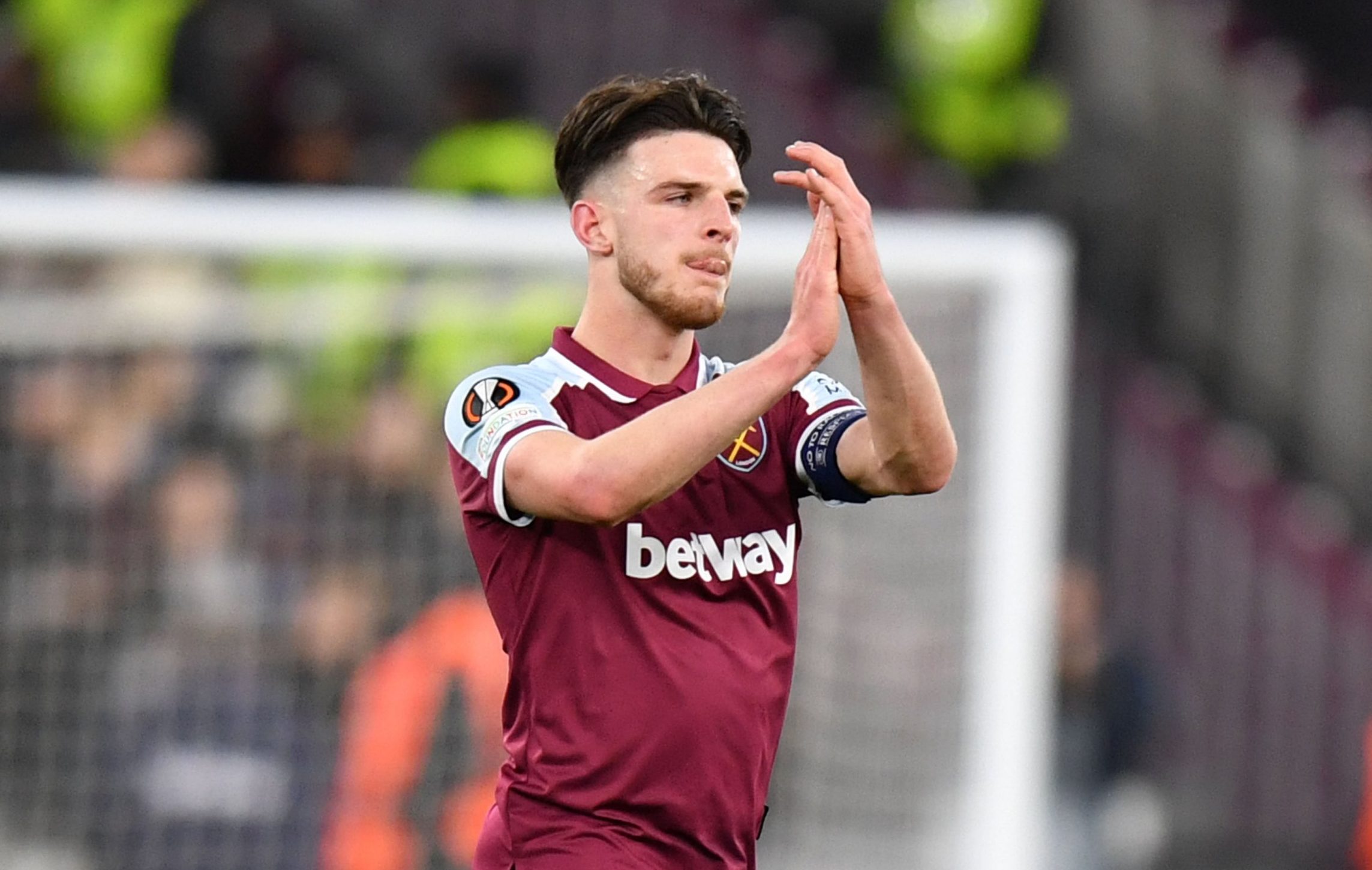 West Ham United concede they will have to cash in on Declan Rice in 12 months’ time but they want a Premier League record fee of around £150million for the midfielder.

The England international is one of the most sought-after players in world football after his influential performances for the Hammers in the last two seasons.

Manchester United and Manchester City have both expressed a strong interest in Rice, while Chelsea are also admirers.

Rice has three years to run on his existing deal in east London but he’s reportedly rejected an extension proposal from the club, indicating that he has eyes on an exit.

West Ham are in the running for a European finish this term but Rice wants to play Champions League football and feels he can make the step-up.

But the Athletic say the Hammers will resist temptation to sell him this summer because they are in a strong position with the length of his existing deal.

Instead, the club will look to cash in next summer for a Premier League record fee of £150m.

City would be best placed to prise Rice away from the London Stadium, particularly as Fernandinho’s exit at the end of the season would open up a spot in defensive midfield.

United are set to lose Nemanja Matic and Paul Pogba on free transfers this summer when their contracts expire and Erik ten Hag is keen on signing at least one midfielder.