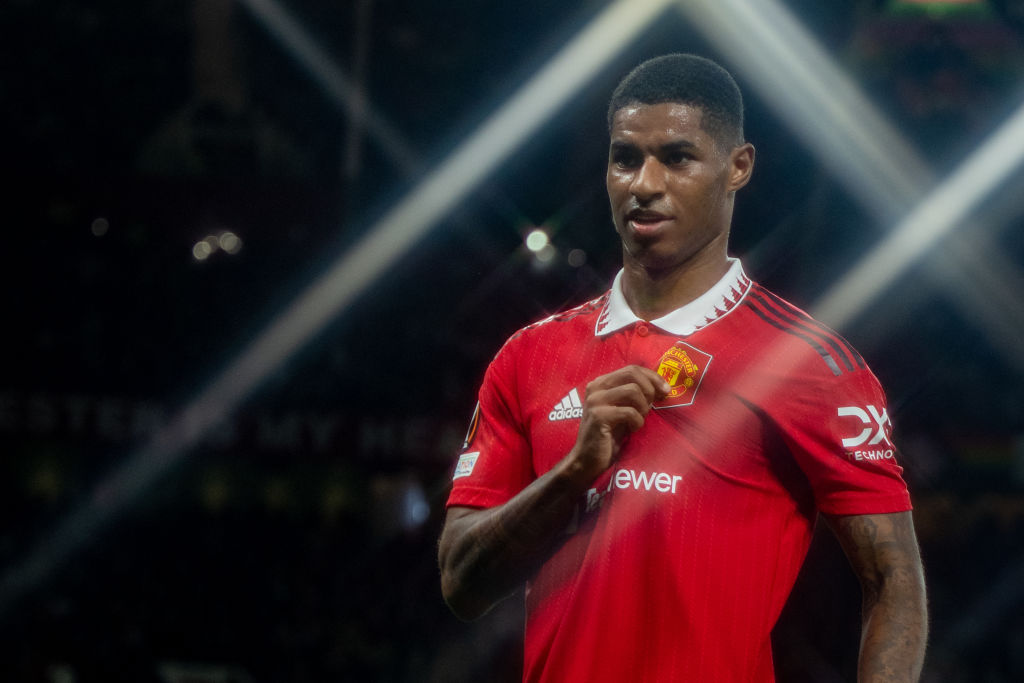 Wayne Rooney feels Manchester United boss Erik ten Hag has done a ‘great job’ with Marcus Rashford this season with the striker back in top form.

Rashford has been one of England’s key players at the World Cup in Qatar and is among the top scorers at the tournament so far.

The 25-year-old has also enjoyed a resurgence at Old Trafford this term following the arrival of Dutch manager Ten Hag in the summer.

Rashford has registered eight goals and three assists across 19 games for United so far in 2022-23, with the campaign currently paused for the World Cup.

His upturn in form follows a tricky 2021-22 season for Rashford, who struggled under Ole Gunnar Solskjaer and Ralf Rangnick.

Legendary United forward Rooney spoke to The Times about the striker and said: ‘You could see Rashford’s confidence grow after his goals against the Welsh.

‘Confidence is the key with him. During the first half against Wales he was a bit sloppy and gave the ball away a few times, but didn’t let it get him down.

‘I watched Marcus develop at Manchester United and there are not many players with his speed and direct running at goal.

‘You never know how much football players these days actually watch but I know from being in camps that at tournaments you sit around together watching a lot of games as a group.

‘And I reckon, watching France, Marcus will be watching Kylian Mbappe and how, when he gets the ball on the left, he is so fast and direct. I reckon Marcus will be looking at Mbappé and thinking, ‘I can do that’.’