Teenage striker Tobi Adeyemo was both stunned and elated to bag a Watford goal on his league debut.

The 17-year-old substitute struck four minutes after coming on in the 68th minute, with Ismaila Sarr’s late penalty then sealing victory.

The win lifted Slaven Bilic’s injury-hit Hornets into third place with Blackpool, win-less in the league since October, dropping to second bottom. 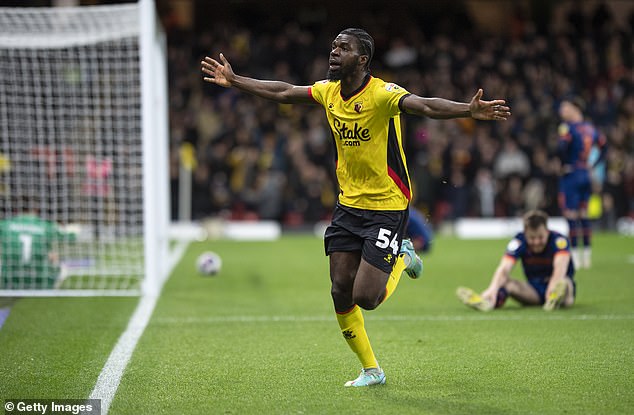 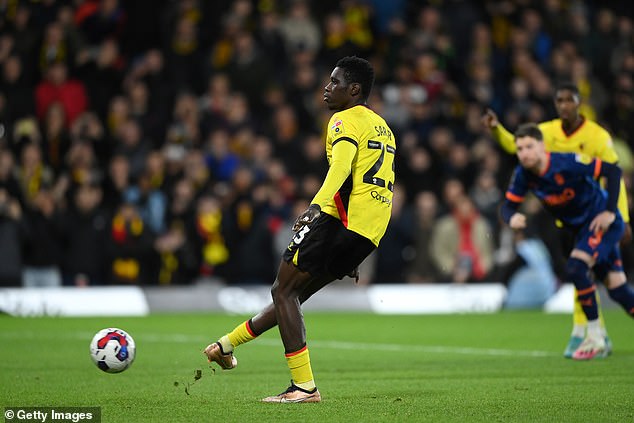 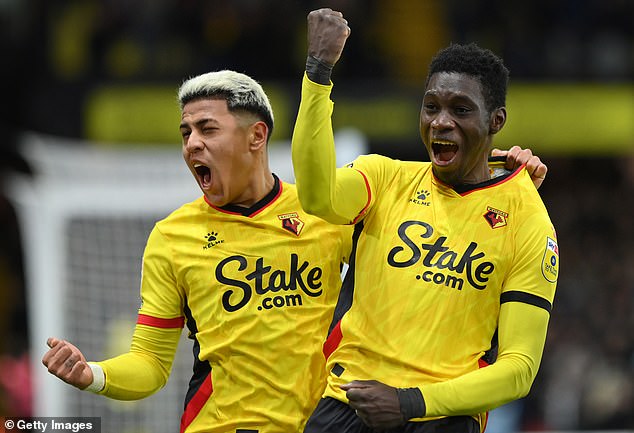 Sarr was the game’s most impressive performer and was denied by the crossbar in the fourth minute after Blackpool goalkeeper Chris Maxwell had got in a flap at his back post from a corner.

Josh Bowler, making his second Seasiders bow after joining on loan from Nottingham Forest, forced home goalkeeper Daniel Bachmann into a save from a free-kick not long after.

Ismael Kone, the Canada attacking midfielder who had featured in the World Cup finals, was hurt on his Watford league debut as James Husband slid in just before half-time. 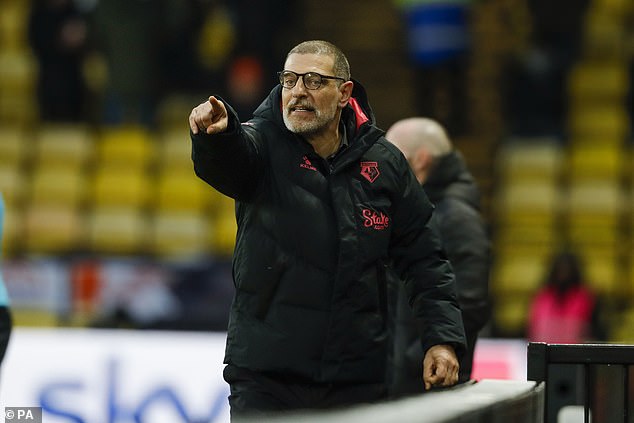 Home fans were annoyed referee Gavin Ward did not show a yellow card for that, especially as Watford’s Mario Gaspar had been booked for a less dangerous-looking challenge on Morgan Rogers.

It was no surprise that Bilic decided to make a double change that saw new signings Matheus Martins and Joao Ferreira sent on.

It almost paid instant dividends as Sarr pulled the ball back for Vakoun Bayo to fire off a shot that Maxwell did well to block with a leg. 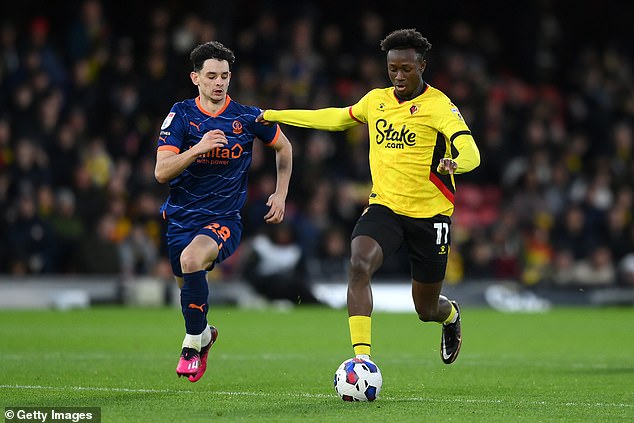 Ferreira was especially lively on the right with Bayo setting Kone up for a shot that Maxwell dived to save but the hour mark passed with Blackpool not unduly troubled again.

Bowler, whose loan at Olympiakos had been ended so he could return to Blackpool, cut in from the right to feed Rogers, whose poor first touch instantly ended the attack.

Bilic made another double change at this time it proved decisive as Yaser Asprilla, on for Choudhury, sent an excellent pass to send Ferreira into the box. Maxwell was able to parry the shot that followed but Adeyemo was on hand to despatch the rebound.

Sarr wrapped up victory from the spot in the 87th minute after Maxwell had rashly come out to clatter Martins.