Giovanni van Bronckhorst has savoured the wealth of experience that Tom Lawrence will bring to his Rangers squad.

The 28-year-old Welsh forward yesterday became the Dutchman’s third major recruit of the summer after turning down interest from Sheffield United.

Captain of Derby County last season, Lawrence joins Antonio Colak and John Souttar as the new faces at the club. 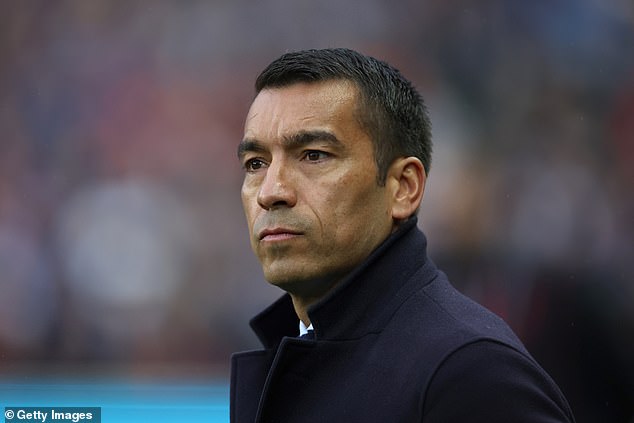 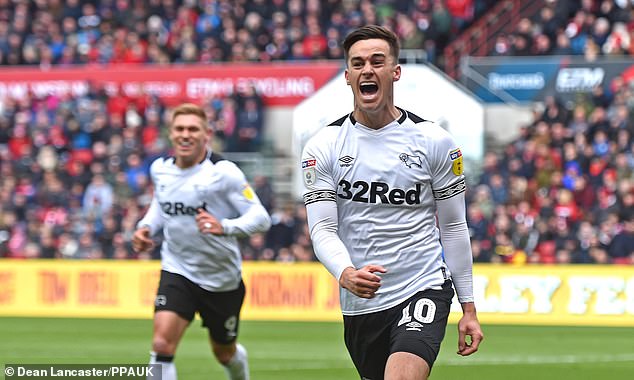 Lawrence, 28, became the Scottish side’s third recruit of the summer window after joining

He then spent five seasons at Pride Park where he scored 35 goals and had 25 assists in more than 180 appearances.

Delighted to have signed the player — who also has 23 caps for Wales — on a three-year deal, Van Bronckhorst said: ‘I am really pleased we’ve been able to secure the signing of Tom and he will further add to our attacking options.

‘He has gained valuable experience over a number of years with Derby County and I look forward to working with him this season.

‘Tom is a player with a lot of experience. He played a lot of games in the Championship with Derby and was the captain. 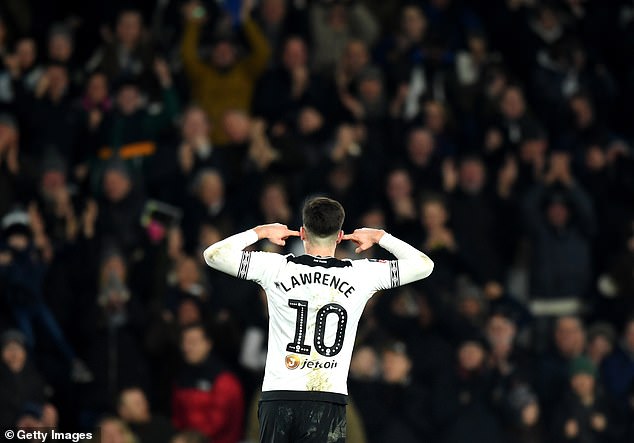 The former Derby No.10 contributed 11 goals and five assists in the Championship last year

‘He’s a player who will strengthen this squad. We want to have a big squad with quality in depth.

‘I think he brings his qualities to the team. Hopefully, he will do well for us in the next few seasons and bring silverware to this club.

‘He knows what it takes to be a professional player. He played well for Derby, plays very comfortably. He creates chances, scores goals and that’s what we want him to do as well for Rangers.’

Lawrence told Rangers’ website that he was eagerly anticipating playing for his new club.

‘I am delighted to have joined Rangers and I’m excited to get started,’ he said. 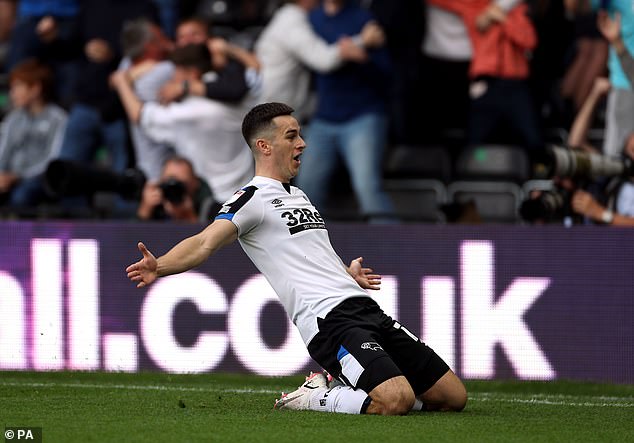 The 28-year-old was recruited for his ability to ‘creates chances, scores goals’

‘The club is known worldwide for its history, successes and fan base and I look forward to being part of that going forward and getting to play in front of the supporters at Ibrox.’

Meanwhile, Souttar admits that he’ll have to adjust to the higher expectations after moving to Ibrox from Hearts on a free transfer.

‘I think everybody knows that you need to win everything you’re in at Rangers,’ said the defender.

‘So it will definitely be different to what I’m used to but it’s something that I’m looking forward to and relish. 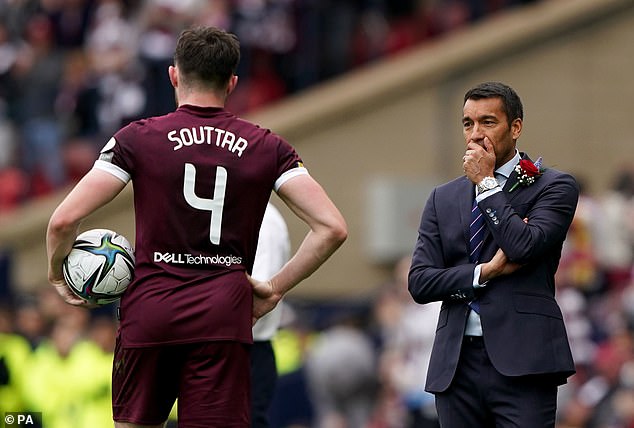 ‘It’s definitely a step up. Whenever someone goes to the Old Firm, then it’s a step up from the SPFL. It’s going to be different, there’s room for an improvement from me in every area.

‘I’m sure I’ll get that from working with all the lads, coaching staff and the boys.’

Ahead of today’s friendly with Sunderland in Portugal, Souttar has already been told what his new manager expects from him.

‘He just said to me about the way he wants to play, how he sees me playing and fitting in,’ added the defender. ‘The style of play in different situations and different games. It’s something that I’m looking forward to and I’ll need to learn and adapt.’