PICTURED: Manchester United’s £37m teen sensation Amad Diallo in line to be unleashed for debut TONIGHT against West Ham as he joins Ole Gunnar Solskjaer at Lowry Hotel after starring for U23s

Amad Diallo is in the matchday squad for Manchester United’s FA Cup fifth-round clash against West Ham on Tuesday and he could feature for the first time since joining from Atalanta.

Diallo was pictured arriving with United’s manager Ole Gunnar Solskjaer, who gave him a pat on the back as he was spotted by the cameras, and the rest of the squad at The Lowry Hotel.

The 18-year-old is expected to be on the bench for the FA Cup tie at Old Trafford. 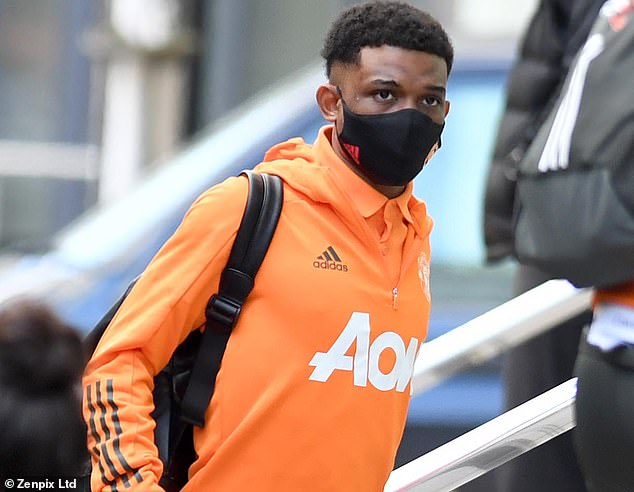 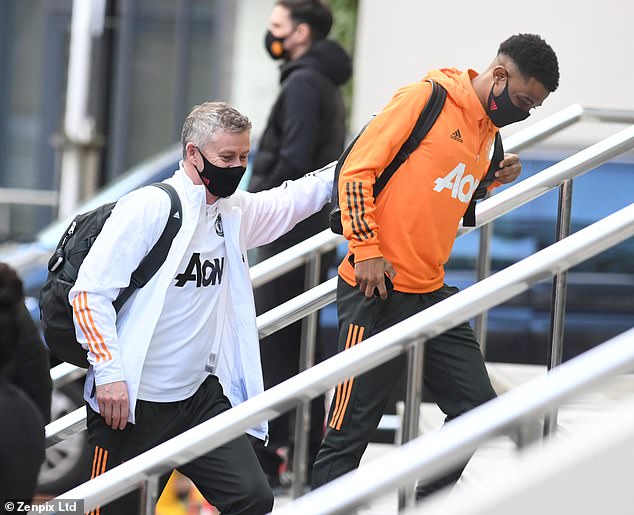 Diallo has already made a strong impact since joining United for £37million from the Serie A side.

In his first two games for United’s Under 23s in Premier League 2, Diallo has scored three goals and assisted three others.

He impressed during his debut against Liverpool U23s at the end of last month, scoring twice as United won 6-3 before adding another against Blackburn while setting up three other goals in a 6-4 victory. 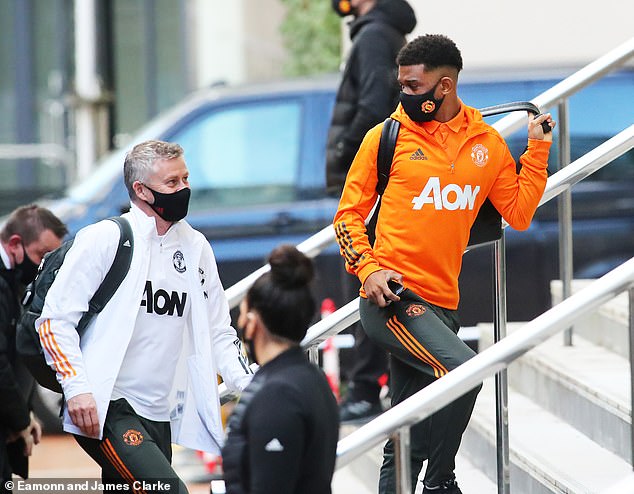 Solskjaer, along with his assistants, have been impressed with Diallo since he joined the club 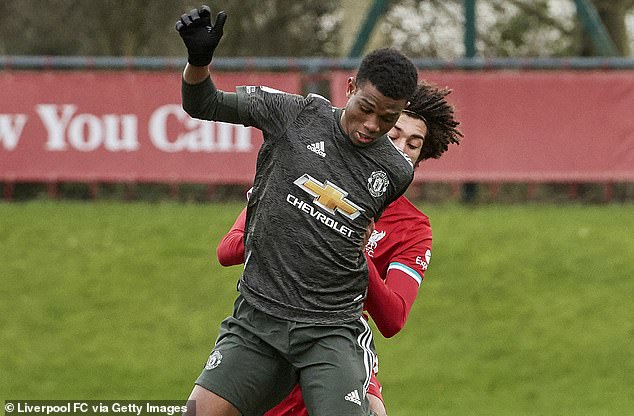 Should Diallo feature against the Hammers, he will likely play on the left wing.

‘It shows how technically adept he is and, of course, we’ll give him time to settle and adjust. But hopefully we can see him on the pitch in not too long. He’s definitely done well in training.’

Another topic of conversation following United’s 3-3 draw against Everton at the weekend is David De Gea’s long-term place in the side. 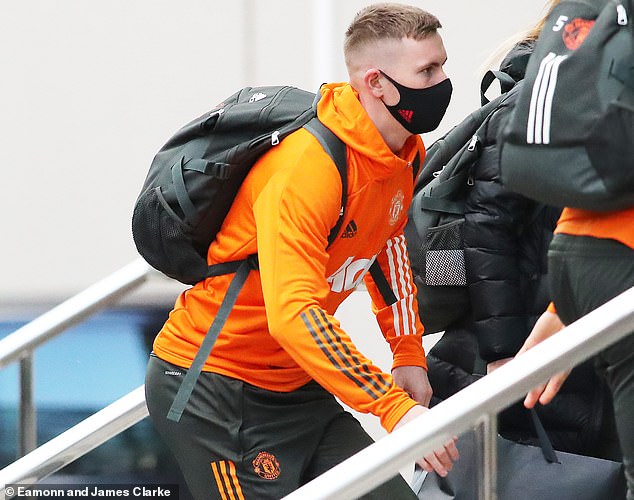 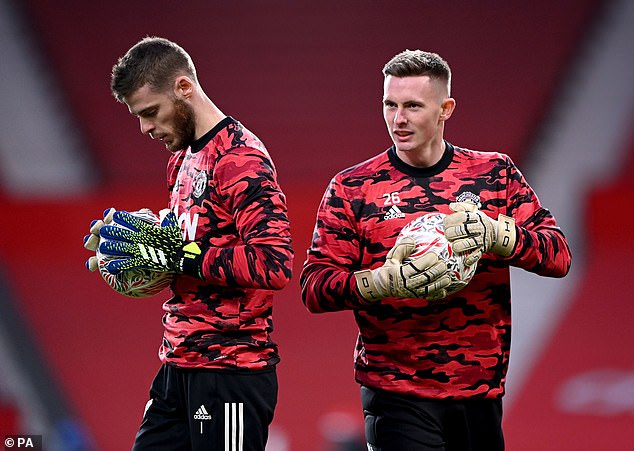 De Gea was criticised for his mistake which led to Everton’s first goal, scored by Abdoulaye Doucoure, and for his role in Dominic Calvert-Lewin’s last-minute equaliser.

Solskjaer has been quick to suggest that both De Gea and Dean Henderson are in constant competition for the No 1 spot.

He also said Henderson wasn’t guaranteed to start against West Ham although there was no sign of De Gea when the United players arrived at the team hotel ahead of kick-off, suggesting the 30-year-old had been given the night off.

Donny van de Beek, Daniel James and Brandon Williams, who are all in contention for a rare start, were also pictured going into the pre-match briefing.