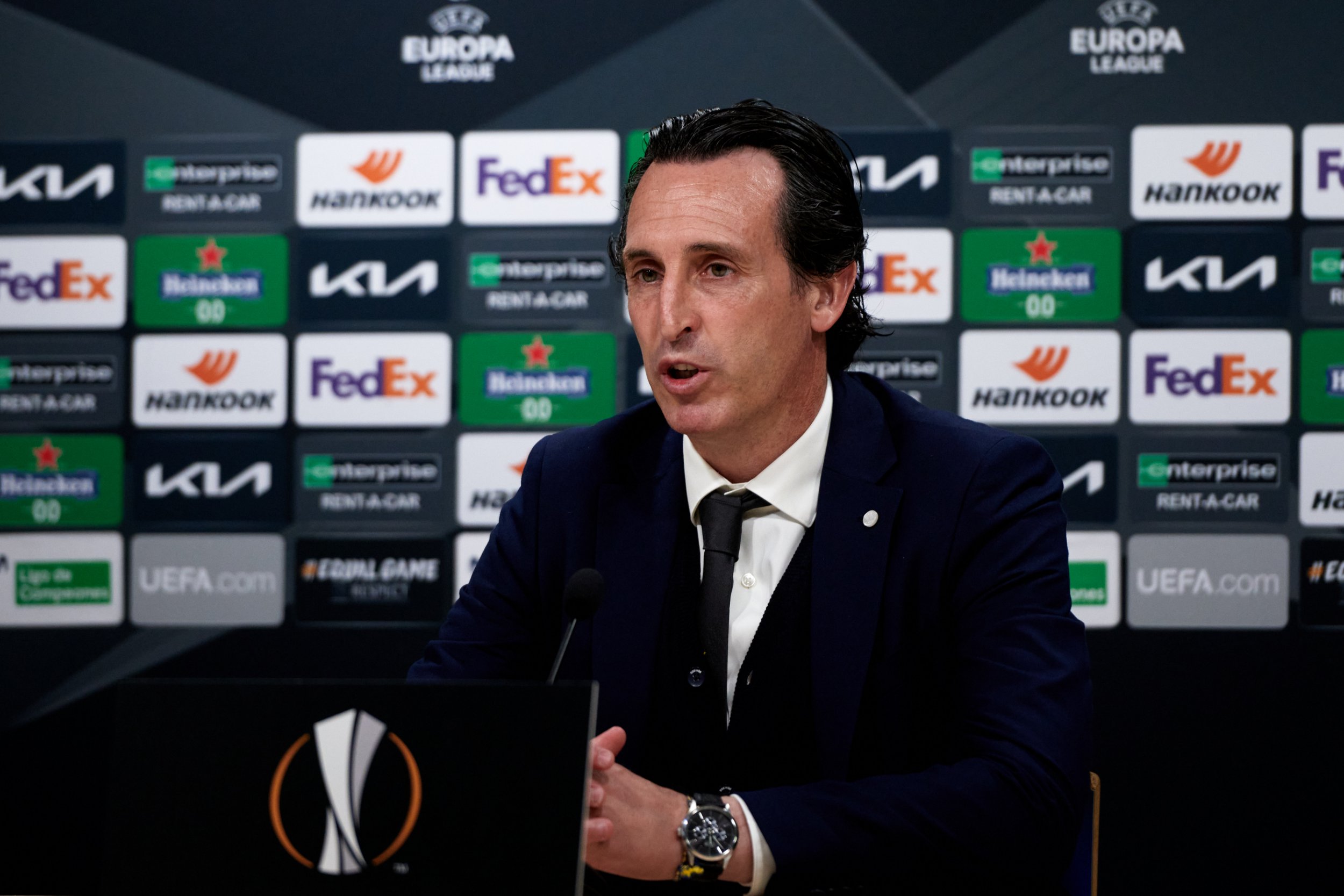 Unai Emery has defended Mikel Arteta after the Arsenal manager was criticised for his team selection following their defeat to Villarreal in the Europa League.

The Gunners slipped to a 2-1 defeat in Spain in the first leg of their semi-final tie against the La Liga side.

Manu Trigueros and Raul Albiol gave Villarreal a 2-0 lead inside the pening 30 minutes but Arsenal grabbed a lifeline in the second half through Nicolas Pepe’s penalty.

Arteta, meanwhile, raised eyebrows with his team selection as he started the game without a recognised striker.

But when asked what he made of Arteta’s team selection after the game Emery replied: ‘I’m nobody to question Mikel Arteta’s decision, we had the idea that it would approximately be this line up.

‘They had several injured players, Aubameyang hadn’t played for a while, I think it’s normal.

‘The first [starting] XI was more or less what we expected.’

Arteta defended his team selection after the match and claimed that Villarreal’s early opening goal in the fifth minute meant his side’s game plan was drastically altered.

‘It’s the way we prepared the game and it’s the decision I made,’ said Arteta.

‘We thought this was the best way to play but the game was conditioned after four minutes [when Villarreal scored].

‘So it’s difficult to assess whether it would work or not. Conceding the set-piece changed it as well, and after we had to approach it in a different way.

‘One of the main reasons was after conceding the goal we disorganised ourselves. In the high press we were really stretched, we didn’t have the right with the right people and then we were open.

‘We didn’t give ourselves the chance to get set in the final third to do what we wanted to do because we were not precise on the ball as well.

‘Overall, it wasn’t the best, we started the second half in a completely different way.

‘We’ve played with real strikers sometimes and we didn’t score any goals many times this season. It’s a decision I made and that’s it.’