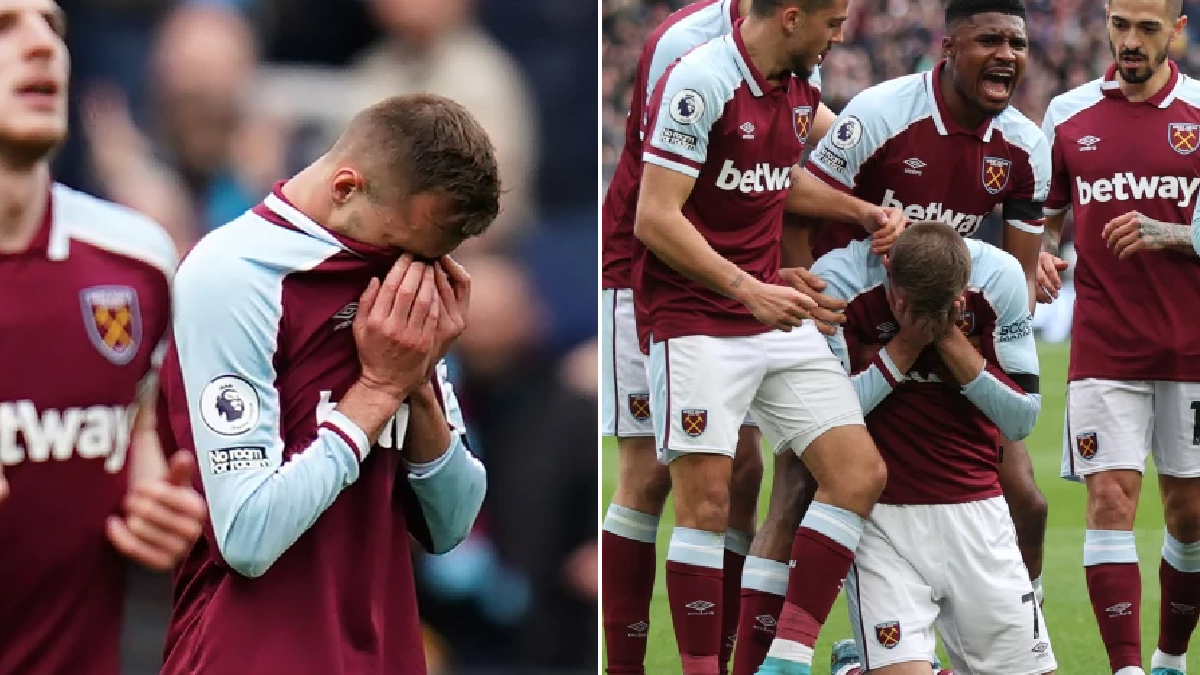 There were emotional scenes at the London Stadium on Sunday as Ukraine international Andriy Yarmolenko opened the scoring for West Ham against Aston Villa in his first appearance since Russia’s invasion.

Yarmolenko missed Premier League matches against Wolves and Liverpool after being granted compassionate leave, with his family having been in Ukraine when Vladimir Putin attacked – though they have since managed to leave.

He was named on the bench against Villa but was brought on in the 52nd minute after Michail Antonio picked up an injury.

Just 20 minutes later, he managed to find the decisive breakthrough in what had a been a tight and even battle.

He expertly controlled Said Benrahma’s pass into the box with his right foot and as the ball bounced back up he swivelled and poked a lovey left-footed shot towards goal all in one motion.

Villa goalkeeper Emiliano Martinez got a glove to the ball but could not prevent the shot from trickling into the far corner.

As the crowd went delirious, Yarmolenko walked towards the corner flag rather solemnly, lifting his arms up towards the sky before falling to his knees.

While his teammates jumped in the air and fist-pumped, the Ukrainian – who has been deeply affected by the war in his homeland – held his head in his hands and his eyes filled up with tears.

The celebrations quickly changed tone, with Yarmolenko’s teammates consoling and hugging him, and – after Pablo Fornals netted what proved to be the winner in a 2-1 victory – he looked emotional once again at full-time.

WRITTEN IN THE STARS ð¥ºððâï¸

What a moment to get it!

His hometown has been bombed heavily in recent days

Yarmolenko received a great reception from the West Ham fans, with manager David Moyes having said beforehand: ‘We’re all huge supporters of the players and we’re huge supporters of Ukraine. We want the war to end, we want Ukrainians to be happy and be free.

‘We’re the same for Yarmolenko, we’re always thinking about him and his family because all the Ukrainian (players) have got family members in the country, whether that be brothers, sisters, mums, dads, cousins or nieces, whatever it may be, I think they have all got members of their family in the country.’