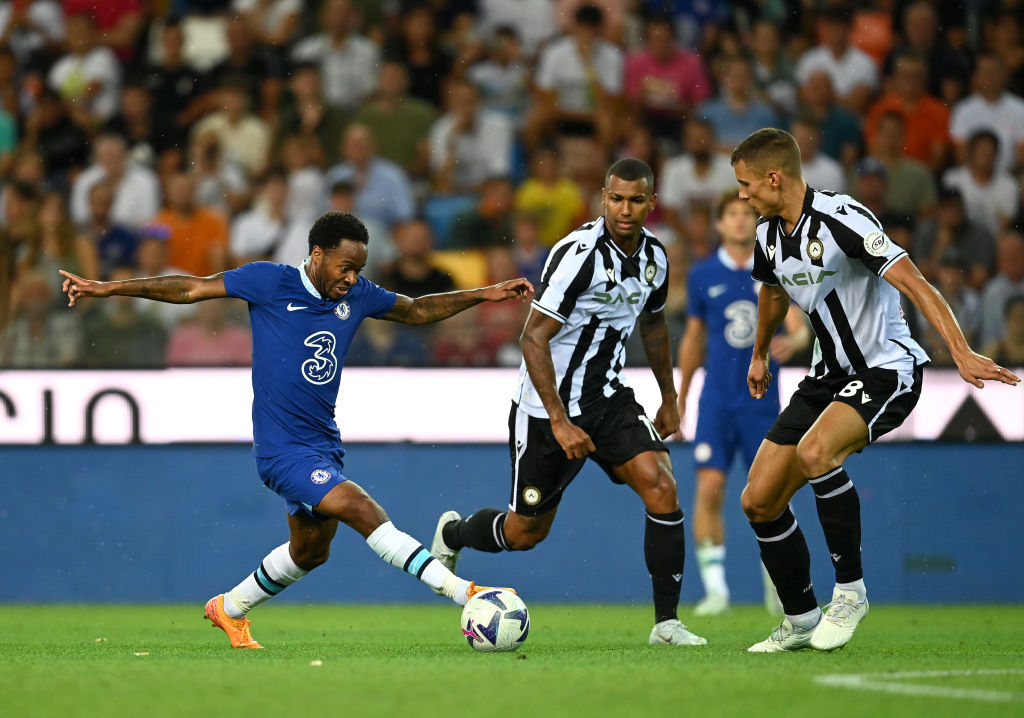 Sterling found the back of the net in Italy, with N’Golo Kante and Mason Mount scoring either side of the summer arrival from Manchester City.

It was a morale-boosting win for the Blues after an unexpected 4-0 defeat to Arsenal in their last friendly outing and Tuchel was pleased.

‘Yeah we trained a lot this week, especially two days ago so we did not have the freshest legs,’ Tuchel told Chelsea club media.

It was the first time Sterling scored in a Chelsea shirt, with the Premier League season just days away, Tuchel was delighted to see the creativity of the England international on show.

‘Of course he had chances, was heavily involved in other chances. It was a good performance,’ said the Blues boss.

Chelsea fans at the game were already signing a song for summer signing Koulibaly, which Tuchel was delighted to hear as he expects big things from the new centre-back.

‘He deserves [it],’ said Tuchel. ‘He’s a very, very good signing, a strong personality, a strong player. I’m happy he could play 70 minutes he’s getting fitter and fitter which is very important for us at the start of the season.’

The Premier League season gets underway on Saturday 6 August for Chelsea, but their pre-season preparations are not over just yet.

Tuchel explained: ‘Tomorrow we play another match here with another team to have the minutes in our legs, then two days break and we prepare nothing but Everton.’