Tuchel: Arsenal, Spurs and United had a 'huge advantage' over Chelsea

Thomas Tuchel admits he feared the worst when Tottenham were dumped out of Europe, allowing Antonio Conte to focus on the top four… but Chelsea boss insists Spurs – as well as Arsenal and Man United – threw away their ‘huge advantage’

Chelsea manager Thomas Tuchel said their rivals for the Champions League places had failed to capitalise on the ‘huge advantage’ they were given after early cup exits allowed them to focus on the race for the top four.

Chelsea have reached the final of the FA Cup, League Cup and Club World Cup, as well as the quarter-finals of the Champions League, and have played more games this season than any other Premier League club.

Despite their intense schedule Chelsea have a strong grip on third place in the league, leading fourth-placed Tottenham by five points and having played two games less. Arsenal and Manchester United are a further three points back. 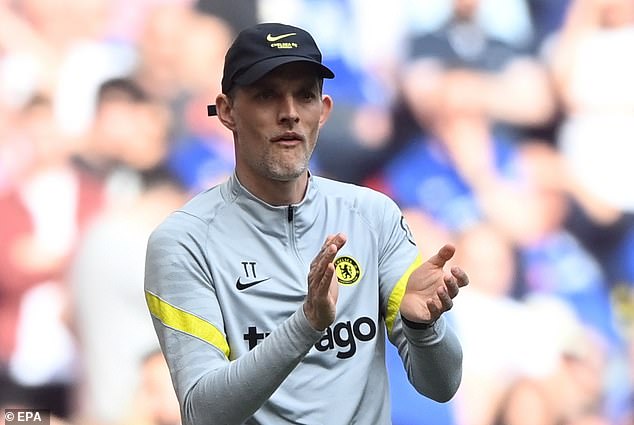 Tottenham, Arsenal and Manchester United all trail Chelsea in the race for the top four

United manager Ralf Rangnick raised concerns earlier this week about the Premier League’s decision to reschedule their game against Chelsea, while Mikel Arteta said last month that the scheduling of Arsenal’s games was ‘not fair’.

‘They have been given a huge advantage,’ Tuchel told reporters ahead of their league game against Arsenal later on Wednesday.

‘I was not happy when Tottenham were out of the (Europa) Conference League.

‘Because I thought, “Wow, I know what Antonio Conte can do with teams when they are focused and he can train them physically”.

‘I thought this will be a huge uplift for them in the domestic competition, and the same for Arsenal when they went out of the cup. 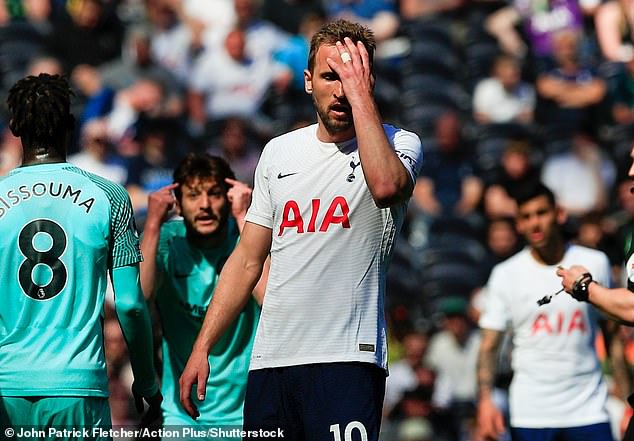 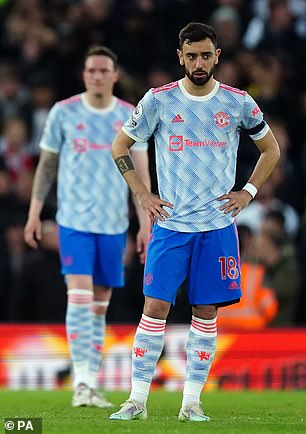 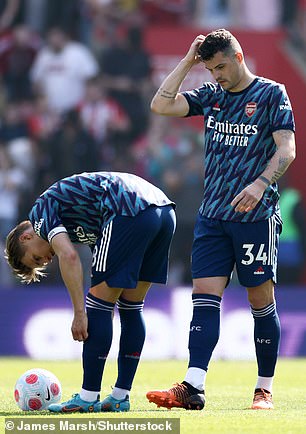 ‘I thought it would be a huge boost for them, because they have a very young and talented team.’

And while Chelsea’s top-four rivals continue to slip up around them, the German insists they are taking nothing for granted in this final stretch of Premier League games.

‘We will fight hard,’ Tuchel added. ‘We have a crucial four matches coming in a short period of time with Arsenal, West Ham, Man United and Everton… it’s a big challenge physically but mentally to dive into the main competition that is Premier League.

‘It seems like things are pretty safe (in the top-four race) but things can change so, so quickly.’