Mauricio Pochettino’s possible re-appointment at Tottenham would not be enough to convince Harry Kane to remain at the club, according to reports.

The England captain has made clear his desire to leave Spurs in search of silverware.

Manchester City, Manchester United and Chelsea are believed to be interested in signing Kane. However, Spurs chairman Daniel Levy is understood to be unwilling to sell his prized asset to an English rival.

It would take a fee in excess of £150million to take Kane away from Tottenham, where he came through the academy.

That the 27-year-old earns around £200,000 per week presents a further stumbling block for interested clubs.

JUST IN: Naomi Osaka pulls out of French Open after being fined £12.9k 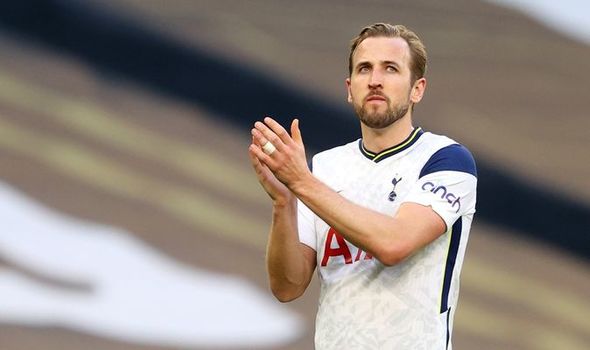 The Frenchman is a target of Real Madrid.

PSG head coach Mauricio Pochettino has been linked with a sensational return to Tottenham.

The Argentine led was sacked in November 2019 after five years in charge. Pochettino had led the north Londoners to the Champions League final six months prior but defeat against Liverpool compounded a difficult run of form.

But his replacement, Jose Mourinho, failed to lift Spurs back among the Premier League’s elite clubs.

The Portuguese finished sixth in his first half-season and was seventh when he was dismissed in early April.

Former Tottenham midfielder Ryan Mason was placed in interim control of the first team and maintained a seventh-place finish. 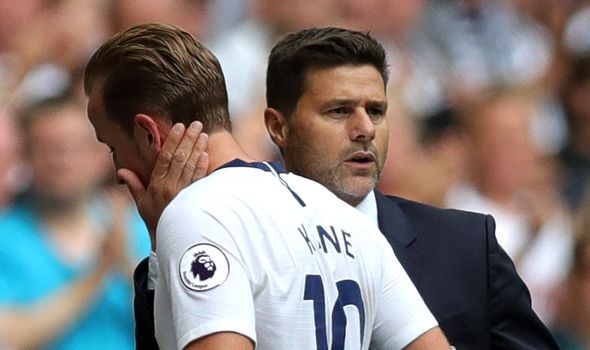 Spurs are now looking for a new head coach and Pochettino is a candidate, having reportedly grown unsettled in France. PSG failed to win Ligue 1 for just the second time in nine years.

Kane scored 169 goals in 242 appearances for Spurs under Pochettino but the 49-year-old’s return to White Hart Lane would not be enough to convince him to stay, The Times claim.

According to the report, Kane believes the squad would still need significant investment if it is to challenge for honours.

He recently suggested that he would have regrets if he ended his career without a trophy.

“I don’t want to come to the end of my career and have any regrets. I want to be the best I can be,” Kane told former Man Utd defender Gary Neville on Sky Sports’ Overlap programme.

“People might say: ‘he’s desperate for trophies, he needs trophies’, but I still feel like I’ve still got almost another career to play.

“I’ve got seven, eight years, kind of what I’ve already had in the Premier League. So I’m not rushing anything, I’m not desperate to do anything.”
Source: Read Full Article