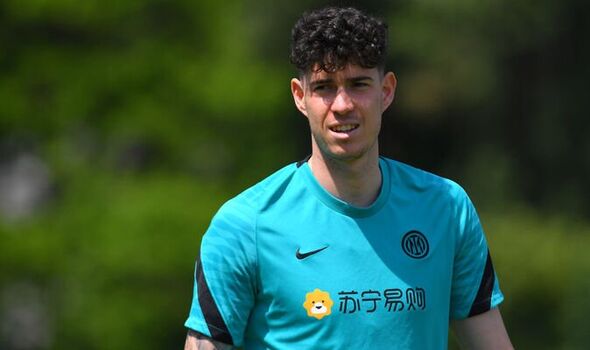 Tottenham do not believe the economics behind a transfer for Inter Milan defender Alessandro Bastoni will be an issue but still face one major hurdle, according to reports. Spurs boss Antonio Conte is expected to be busy during the summer transfer window and has already acquired one new player.

On Tuesday, the North Londoners announced the signing of versatile Croatian Ivan Perisic. The 33-year-old had decided to leave Inter upon the expiry of his contract and has agreed to reunite with former Nerazzurri head coach Conte.

Spurs will continue their recruitment from Italy given the contacts of Conte and sporting director Fabio Paratici. The January arrivals of Dejan Kulusevski and Rodrigo Bentancur are evidence of the quality that can be plucked from Serie A.

Inter’s left-sided defender Bastoni is believed to be high on Spurs’ shortlist. The Premier League side apparently have no concerns about the fee and wages, with both falling well within the club’s summer budget.

JUST IN: Tottenham to fight five teams for Djed Spence with Mourinho interested

But they still need to wait for the 23-year-old to decide whether he feels it is the right time to complete the move, according to Football.London. Spurs are apparently happy to wait for the player to make his decision.

Bastoni – who is in London with the Italy squad this week – has been excellent for Inter since breaking into the first team after moving from Atalanta as a teeneger. He played 44 times across all competitions last term as Inter finished runners-up to rivals AC Milan and won the Italian Cup.

He was part of the Italy squad that beat England to win Euro 2020 last summer but did not feature in the final and made just one appearance at the tournament. The former Atalanta prodigy has 11 caps for his country.

Spurs have accelerated their pursuit of Bastoni after confirming the capture of free agent Perisic. The versatile ace, who was part of the Croatia team that reached the 2018 World Cup final, has vast experience with Inter, Bayern Munich and Borussia Dortmund.

Perisic has become a free agent after leaving Inter. He is excited to reunite with Conte, telling Spurs’ media channels: “It’s a privilege to work with a coach like this. We worked together at Inter and did very well, winning the league after 10 or 11 years.

“It was a really perfect year. He’s living football in every minute. Even when he’s sleeping, he’s thinking about football. I like his character and I know we’re going to do a great job here.”