Chelsea may have put a dent in Tottenham’s transfer plans this summer should they finalise a deal for Manchester City defender Nathan Ake. The Dutchman is in talks to rejoin the Blues, having left Stamford Bridge in 2017 for Bournemouth before moving to Pep Guardiola’s side three years later.

After sealing a deal to sign Napoli defender Kalidou Koulibaly, Chelsea will reportedly set their sights on both Ake and Paris Saint-Germain’s Presnel Kimpembe. ESPN claim that if a move for Ake does go through, then Manchester City will turn their attention to Spurs target Jules Kounde.

The report claims that if Ake leaves Manchester, then Kounde and Villareal’s Pau Torres are two potential replacements the City chiefs have in mind. The Sevilla defender has been of interest to Chelsea, Newcastle, PSG and Barcelona but Spurs are at the front of the queue for the Frenchman.

The Mirror claim that Antonio Conte’s side are the favourites to land Kounde, who could play on the right of the back three or as a wing-back in the Italian coach’s three-at-the-back shape.

JUST IN: Man Utd to benefit from Chelsea’s Koulibaly transfer as ‘contact’ made 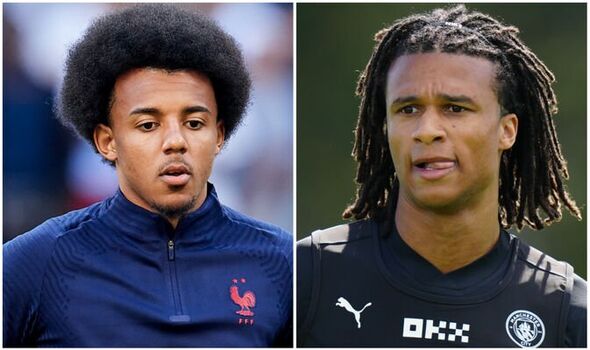 ESPN claim that Sevilla are looking to offload Kounde this summer in an effort to balance their books, so could attempt to create a bidding war between Tottenham and Manchester City after already selling one centre-back this summer as Diego Carlos left for Aston Villa. Any City interest in Kounde does hinge on Ake leaving for Chelsea, in a move that Craig Burley described as one that “smacks of desperation”.

“I know Chelsea need centre-halves,” Burley told ESPN. “But if it’s the pond they are fishing in for third or fourth-choice players at that price, that kind of smacks of a little bit of desperation at the moment.” 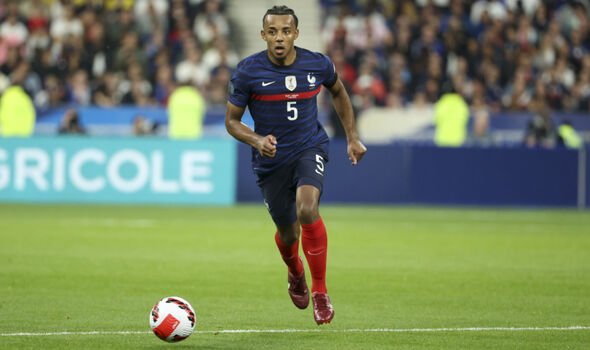 Former Manchester City defender Nedum Onouha believes that the potential fee of £45m may be a fair price for the Dutchman. “Nathan Ake did very well for City in the last season or two,” Onouha added. “As is the case with a lot of players in that squad, they are all good enough to be able to play in the Premier League but you can only pick 11 and it’s a squad of 25, so you are leaving some real good players on the bench.

“I understand it, for these guys and I think City have done quite well with it in recent years, if players are unhappy then they are afforded the opportunity to leave and if someone can hit that fee, then this is what will happen.

“For Ake, if Chelsea want to pay £50m for him that’s what it is. £50m feels like a lot, but it is a Dutch international, and he just won the league with Man City.”