Former Tottenham striker Darren Bent believes Eddie Howe is the best candidate to replace Jose Mourinho as Spurs boss. Mourinho was sacked last Monday after 17 months as boss, and Tottenham favourite Ryan Mason was immediately placed in interim charge until the end of the season.

Mason has led the team in their last two matches, including Sunday’s 1-0 Carabao Cup final defeat against Manchester City.

However, it is not believed that the 29-year-old will be made head coach on a permanent basis.

Chairman Daniel Levy faces appointing Mourinho’s successor but suffered a blow when it was announced earlier today that target Julian Nagelsmann had agreed to take over at Bayern Munich.

Bent does not believe Spurs should opt for a big name. Instead, the 37-year-old has urged Levy to appoint the former Bournemouth head coach Howe.

“Scott Parker would be a good one, I like him. But I really like Eddie Howe,” Bent, who scored 25 goals in 79 appearances for Spurs, told TalkSport. 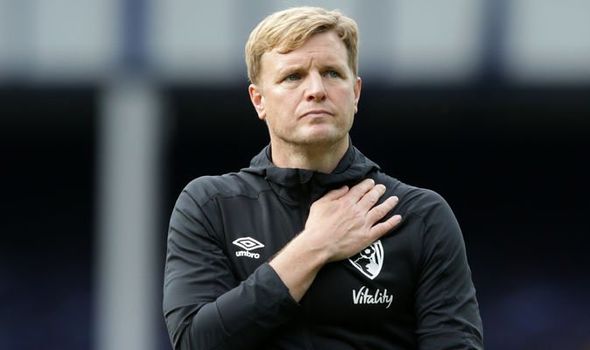 “I like the way he plays football and he did a fantastic job at Bournemouth. He’s available.

“Spurs did the Mauricio Pochettino thing where he rebuilt the club, got them playing really exciting football and got them to a Champions League final.

“But then they got to that four or five-year cycle where I think if Daniel Levy had invested a little bit more I think Spurs could’ve gone on.”

Howe was first appointed as Bournemouth manager as a 30-year-old in October 2008.

The Cherries were facing relegation into non-league after suffering a 17-point deduction in League Two.

However, he kept them up and won promotion in 2010. Five years later, the 43-year-old won promotion to the Premier League with the South Coast outfit, via a short stint as Burnley manager between 2011 and 2012.

Bournemouth remained in the top-flight until last season, when Howe decided to take a break from football.

Bent is enthused by the way Howe built the infrastructure at Bournemouth and feels that his hands-on approach would work at Tottenham.

“They need to start again. When I say start again I mean play that brand of exciting football and get someone who’s really hands-on coaching wise,” Bent continued. 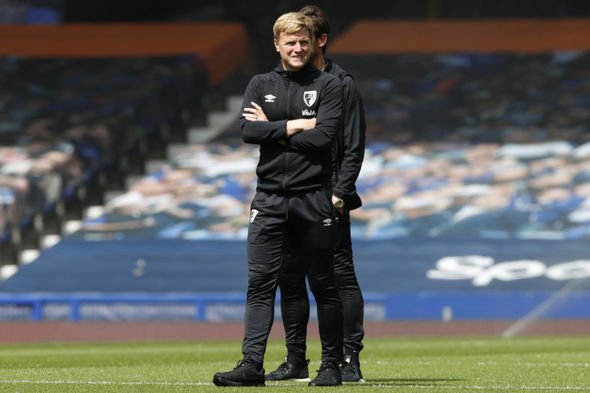 “I would really like Eddie Howe to get the Spurs job.

“Spurs fans may want a bigger name. If you start looking round the top of the Premier League, you’d have to say there are four or five teams that are ahead of them in terms of where they are as a club.

“But it’s not a quick fix so if you’re going to give it to someone like an Eddie Howe or Scott Parker you can’t expect them to go in the job straight away and get success, they need time.

“Spurs are some way off Liverpool, Manchester City or Manchester United. Leicester are miles ahead of them.”