Todd Boehly has made his first 'big mistake' at Chelsea, claims William Gallas 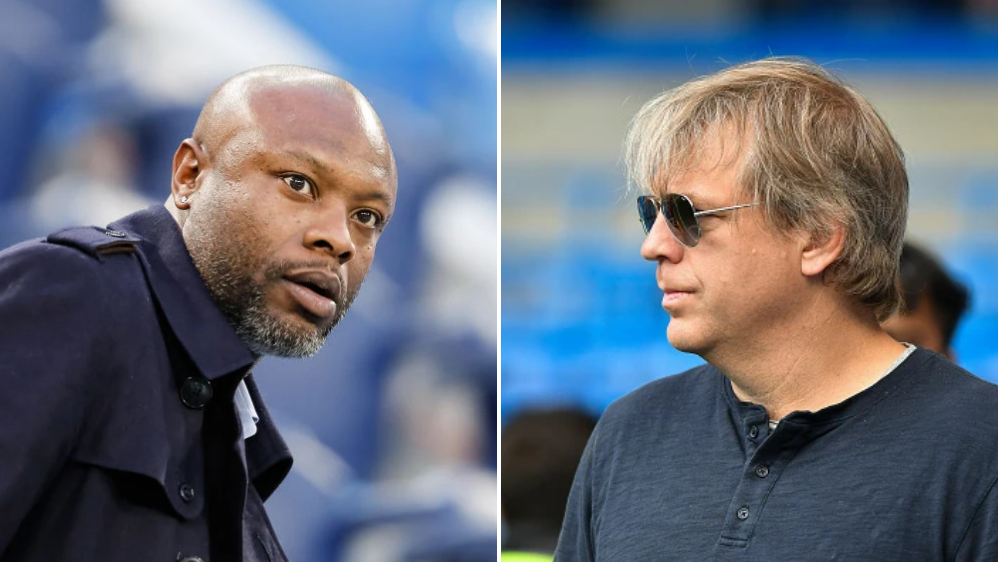 Chelsea owner Todd Boehly has made his first ‘big mistake’ at Stamford Bridge after failing to beat Barcelona to a deal for Jules Kounde.

That is the opinion of former Blues defender William Gallas, who has bemoaned Chelsea’s failure to sign the French centre-back and the club’s transfer strategy in general.

Thomas Tuchel was keen to welcome Kounde to his squad in west London but Barcelona confirmed last week they had signed the 23-year-old for 50m euros.

‘I do find it hard to understand what is happening at Chelsea in terms of the defensive recruitments,’ Gallas told Genting Casino.

‘I feel they should have signed Kounde from Sevilla! I know they were very close to signing him and I think they have made a big mistake by not getting that deal done.

‘The board was really close to getting him signed but it seems they took too long. They took too long for a player of his quality and you can’t do this with a player like Kounde after the season he just had. He was magnificent last season.

‘Chelsea need players of Kounde’s quality. Azpi is getting older and maybe he has an opportunity to go to Barcelona.

‘After ten years of service, Chelsea should let him go back to his country because what he has done for the club is unbelievable.

‘He was a great captain, so now they need to find young defenders who have the quality to play in the Premier League and Kounde was one of the players who would fit and you let him go to Barcelona? ‘That should not be possible.’

However, Tuchel has been left underwhelmed by the club’s transfer business as only Raheem Sterling and Kalidou Koulibaly have arrived as major summer signings.

Gallas added: ‘I think normally when you are a new owner, you want to show the fans straight away that you’re ambitious and you will be bringing in quality signings, especially after Chelsea didn’t challenge for the title last season.

‘I can’t understand why they didn’t buy Kounde – that was a mistake. He is a top-class player.

‘If you added Kounde to Thiago Silva and Koulibaly what a massive difference he would have made. If Chelsea had signed him, then Chelsea would have the best trio of central defenders in the Premier League.

‘Tuchel likes to play with three centre backs and Kounde is the perfect fit for his system.

‘With Kounde on the right of Silva, Koulibaly on the left and then the quality that Chelsea have in the wing-back areas, then that could even be the best defence in the league.’

Chelsea finished third in the Premier League last season and begin their 2022-23 campaign on Saturday against Everton.