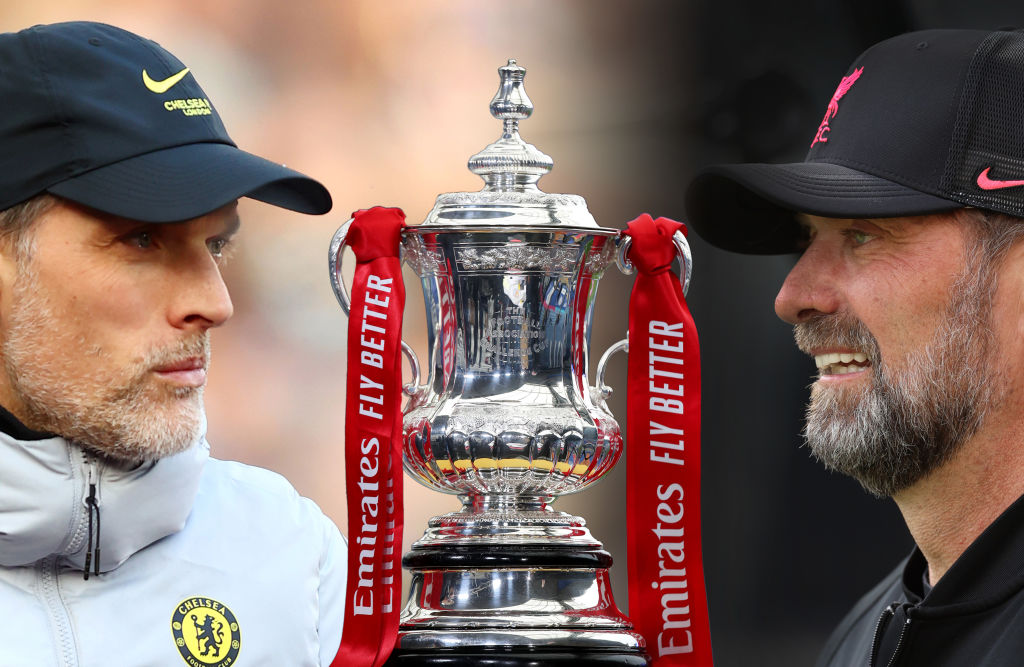 Chelsea boss Thomas Tuchel says it is ‘hard to argue’ with Pep Guardiola’s claim that ‘everyone in this country supports Liverpool’ – but he is more than happy to upset the nation to win the FA Cup on Saturday.

Manchester City manager Guardiola created headlines last week when he said ‘the media and everyone’ supports Liverpool, also taking a swipe at his rivals’ record of only winning one Premier League title in the past three decades.

Tuchel – who can end Liverpool’s quest for the quadruple at Wembley – understands where Guardiola is coming from and feels Jurgen Klopp has an ability to paint his side as the sympathetic underdog even when they’re not.

‘I believe I can understand what he meant. There are huge sympathies for Liverpool. I feel that as well, in the whole country.

‘If you fight against it, like Pep, for many, many years, I can understand the comment that it feels sometimes like this. But at the same time, I don’t think it’s only here. It’s in Germany like this and in France too.’

Turning to compatriot Klopp’s influence, Tuchel continued: ‘You know Klopp is the master of being the underdog. He can talk you into being the underdog against Villareal and against Benfica, and it’s a miracle, miracle how they even draw against them.

‘That’s part of it. That’s also like from where the sympathy comes. There’s nothing to be jealous of from my side, Klopp is a fantastic guy, funny guy, one of the very, very best coaches in the world and that’s what he does.

‘It’s big, big, big credit to him and this is what you deal with when you play a team against him. It’s always like this, but it’s always the fun part and so if we are the bad guys tomorrow, then no problem.