Thomas Tuchel has another Romelu Lukaku situation growing at Chelsea

Thomas Tuchel might have to get to grips with another emerging Romelu Lukaku in his squad after Timo Werner’s latest comments. It is not the first time that the German has questioned the manager’s tactics.

Chelsea might have argably made the worst signing in Premier League history with the deal to bring back Lukaku for around £97million.

Just one year later, and the Belgian is back at Inter Milan on loan having scored eight times in the division and his reputation at Stamford Bridge in tatters. While Tuchel is in charge, it is hard to envisage Lukaku playing for Chelsea ever again.

What kicked off his remarkable decline was an ill-timed Sky Italia interview where he stated that he did not enjoy playing under Tuchel and wanted to return to the San Siro where his efforts were more appreciated. 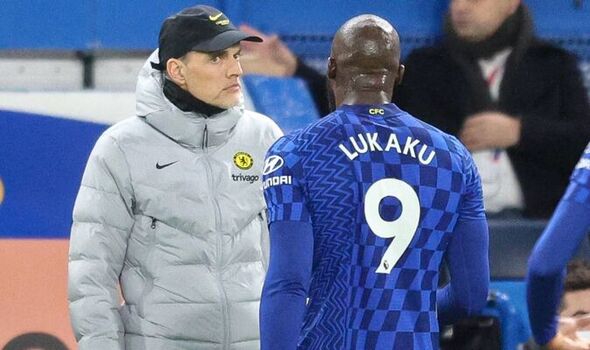 However, a few months later in March, Werner had his own dig at the German coach after a fine display for his country on international duty. After netting against Israel, the former RB Leipzig star took his tally for his nation to 22 in 48 appearances at the time – a pretty decent record.

In west London, it is a different story and he has just 10 Premier League goals in two seasons. It led to a particularly stinging criticism of life at Chelsea and of Tuchel’s tactics.

He said in March: “Things aren’t going the way I’d like at Chelsea, so it’s all the better that things are going well here under Hansi Flick. I really enjoy playing football, no matter where I’m playing. There are differences in the style of play between football at Chelsea and here.

“Maybe the one at the national team suits me better. Here, I always have scoring chances, I can score goals. I feel very comfortable here.”

And now, Werner’s latest comments show that not much has changed in the last few months after dropping a hint that he could leave for more first-team football. “I could be happy everywhere,” he said, when asked whether he could be happy at Chelsea.

Having another Lukaku situation at the club is the last thing that Tuchel needs after a torrid few months that centred around the drama orbiting the two. The arrival of Raheem Sterling will also do little to alleviate Werner’s fears while the Blues boss has already hit back at his countryman.

He said: “I’m surprised, I would be very happy as a young guy having a contract at Chelsea football club. I would be one of the happiest people on the planet. He needs to get his game time. He has to show quality, take your place and defend your place.”

It remains to be seen whether Werner will stay or go at Chelsea this summer having had two years where he has largely underperformed. However, having already drawn a line under the Lukaku debacle – it is another situation that will not be welcomed in west London.