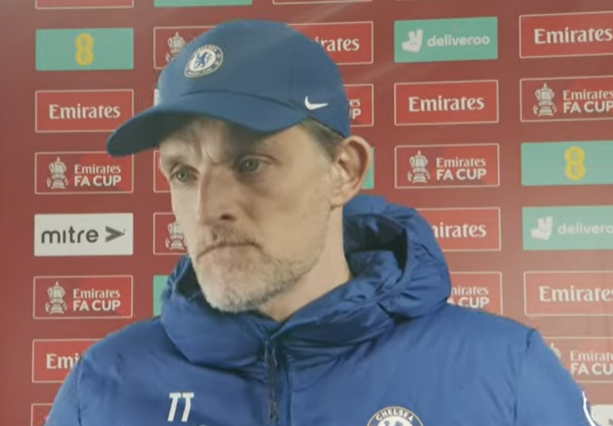 Thomas Tuchel insisted it was a difficult decision to leave Tammy Abraham out of Chelsea’s FA Cup final matchday squad.

The England international featured prominently during Frank Lampard’s tenure, but he has fallen dramatically down the pecking order since Tuchel’s appointment in January.

Despite his lack of recent of opportunities, the 23-year-old remains his club’s top goalscorer this season having found the back of the net on 12 occasions in all competitions.

Abraham scored his first senior hat-trick in the fourth round win over Luton, which transpired to be Lampard’s final game at the helm, and also scored the winner in a 1-0 fifth round win over Barnsley at Oakwell.

Tuchel, however, failed to reward the striker for his exploits in the competition with a place in his squad on Saturday, opting to start with Timo Werner up front, before introducing Olivier Giroud during the closing stages as Chelsea tried, but ultimately failed, to find an equalising goal.

Asked after the game if Abraham simply wasn’t a player for him, Tuchel told Stadium Astro: ‘No, it’s just hard decisions on a matchday when you can only nominate 18 players.’

That explanation is unlikely, however, to pacify Abraham, who is said to be attracting significant transfer interest from West Ham, or his partner, Leah Monroe, who slammed Tuchel for his decision in an angry Instagram rant prior to the game.

She wrote: ‘How on earth do you make the decision to leave your top goal scorer out of the squad for a final?’ Monroe posted on her Instagram stories, before deleting the message.

‘The same person who even scored the goals to actually qualify for this competition?

‘It’s not making any sense whatsoever.’