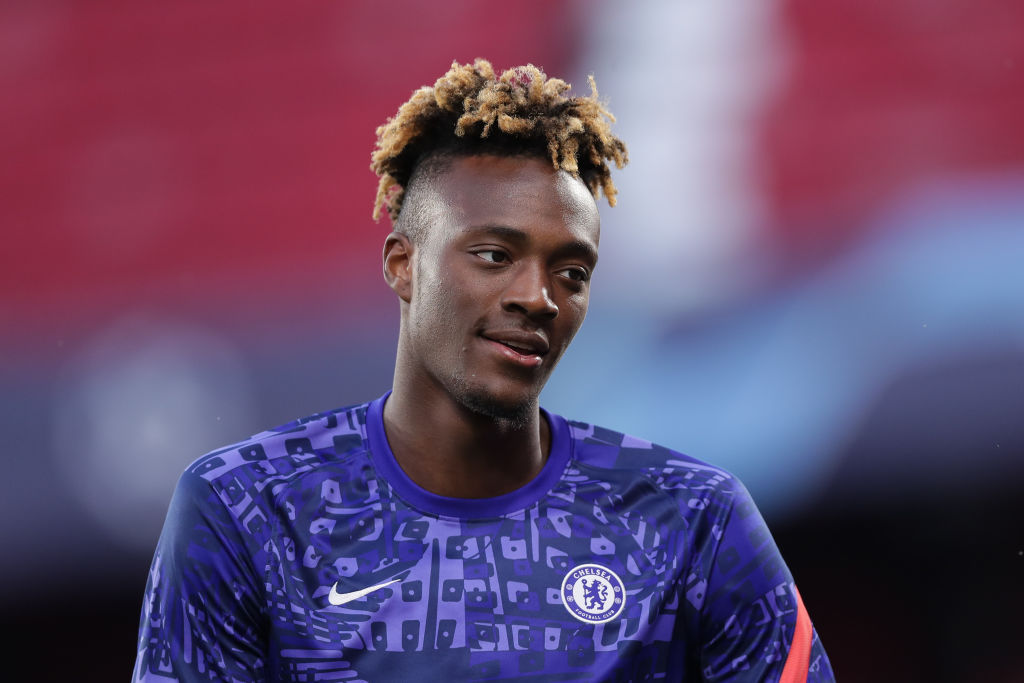 Chelsea forward Tammy Abraham is open to joining Arsenal this summer as the England striker is keen on playing regular first-team football.

The 23-year-old has been put up for sale by the Blues as Thomas Tuchel sees no long-term future for Abraham at Stamford Bridge.

Abraham has scored 30 goals in 82 appearances for the Blues but he found his playing time limited last term following the arrivals of Timo Werner and Kai Havertz.

Arsenal have been alerted to Abraham’s situation, particularly as strikers Eddie Nketiah and Alexandre Lacazette are both in the last year’s of their contracts at the Emirates.

According to the Athletic, Arsenal are keen on signing Abraham but would rather take the striker on a season-long loan deal before reevaluating their options in 2022.

Chelsea, though, would rather cash in on Abraham and are seeking £40m for the England striker.

Arsenal would likely have to sell Lacazette in order to fund a move at that price, such is the financial situation at the Emirates.

Chelsea would not stand in Abraham’s way in terms of joining a direct rival should the club obtain their £40m asking price.

Tuchel is keen on signing an established centre forward following the departure of Olivier Giroud to AC Milan.

Dortmund superstar Erling Haaland is Tuchel’s no.1 target but he’s likely to cost around £120m-£130m, which would smash Chelsea’s club transfer record.