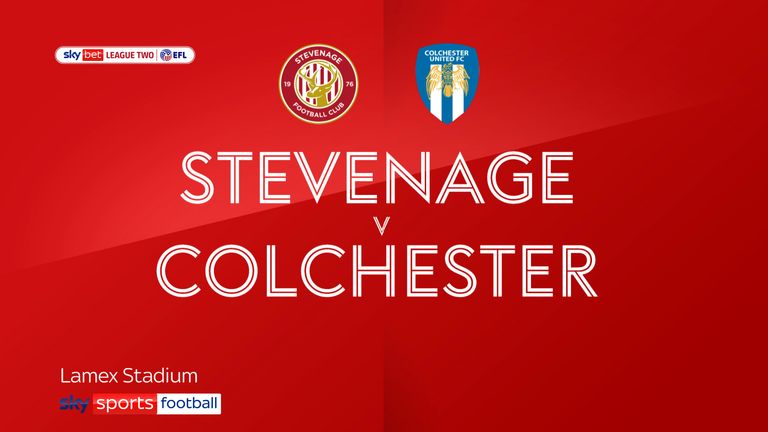 Stevenage edged a point clear of League Two’s relegation places after a hard-fought 0-0 draw with Colchester at the Lamex Stadium.

And they really should have gone ahead a couple of minutes later through Tommy Smith, who inexplicably headed wide when unmarked from Cohen Bramall’s free-kick.

Former Colchester striker Luke Norris sent a low drive straight at visiting keeper Dean Gerken, who made a good save early in the second half at his near post to keep out Elliott List’s well-struck shot.

And Stevenage came even closer to scoring eight minutes later when List collected Norris’s short pass and ran at the Us’ defence before rattling a post with a low shot.