Steph Houghton is left OUT of the England squad for Women’s Euro 2022 amid injury struggles, but coach Sarina Wiegman picks Fran Kirby – who has not played since February – for tournament on home turf this summer

Sarina Wiegman has left England legend Steph Houghton out of her 23-player squad for the Women’s Euros.

The defender was named in the provisional squad last month despite being sidelined since January after undergoing surgery on an achilles injury.

Houghton has captained the Lionesses at their last three tournaments and has 121 caps, but Wiegman has left no room for sentiment. 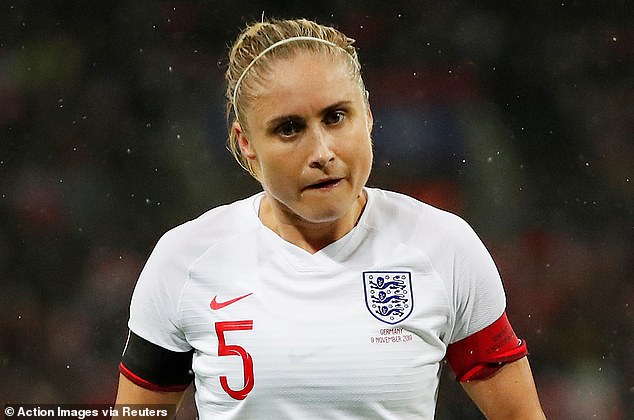 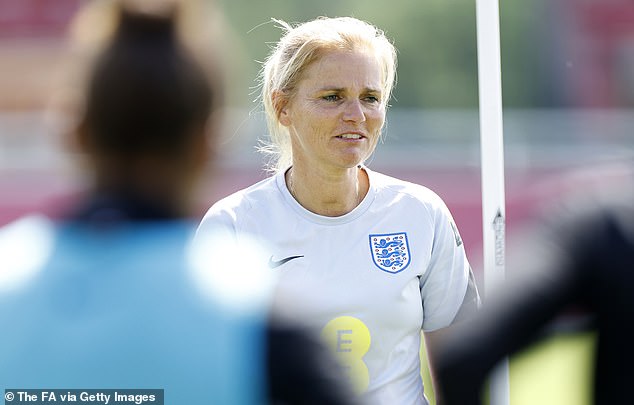 Houghton has 121 caps, but Wiegman has left no room for sentiment in her selection

Niamh Charles, Katie Zelem, Lucy Staniforth and Sandy MacIver are the other unlucky players to miss out on a place in the final squad.

There is a place, however, for Fran Kirby – who has not played since February due to a fatigue-related illness.

Arsenal’s Leah Williamson will captain England at the tournament.

Speaking on her squad selection, Wiegman said: ‘I am excited by what is possible for this group. We all know this is a huge opportunity and it is one we have to grab with both hands. The chance to represent the nation on such a big stage on home soil is one to relish.

‘This group so far has proven they are prepared to give it all they have in every training session, in every meeting and in every game.

‘Making the final selection is always difficult because we know the talent and commitment of every single player. All 28 players have all been superb on and off the pitch, since I started. I am certain those we have had to disappoint will give everything to support us and be ready if called upon.

‘Of course, we hope to avoid any setbacks before we start against Austria but we know where we can turn in case we need a replacement.

‘Togetherness is a big part of what we are all about and from every player in the squad to my superb support team, and with the strong backing of everyone at The FA and our fans, we are committed to make it a summer to remember.’ 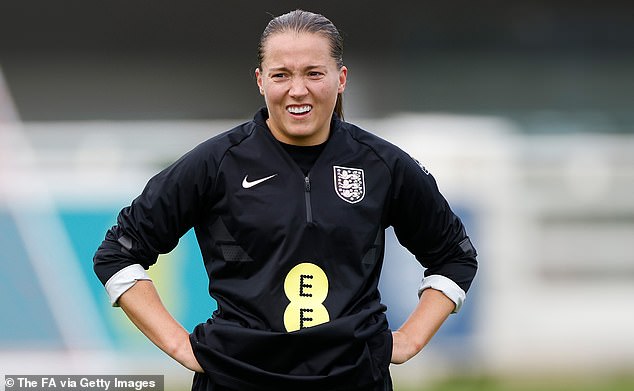 England take on Belgium in their first warm-up game at Molineux tomorrow night before further matches against the Netherlands on June 24 and Switzerland on June 30.

Should any players get injured in those games, Wiegman has until the start of the tournament to make changes to her squad.

Their first group game of the tournament, against Austria, takes place on July 6 at Old Trafford. They will then face Norway on July 11 before the final group game against Northern Ireland on July 15.