Spurs would 'NOT be step up' for Richarlison, claims Andros Townsend

Moving to Tottenham would ‘NOT be a step up’ for Everton’s £50m-rated Richarlison and it’s ‘disrespectful’ to say joining Antonio Conte’s side is a better move for the Brazilian, claims Andros Townsend – who played for BOTH sides

Leaving Everton for Tottenham ‘would not be a step up’ for Richarlison, insists his team-mate Andros Townsend.

The Brazilian is of interest to Spurs, who have increased their efforts to sign him, with the Toffees chasing a fee of more than £50million.

Andros Townsend, who played for both clubs and helped Everton narrowly evade relegation last season, believes it is ‘disrespectful’ to consider a Spurs switch as progression in Richarlison’s career. 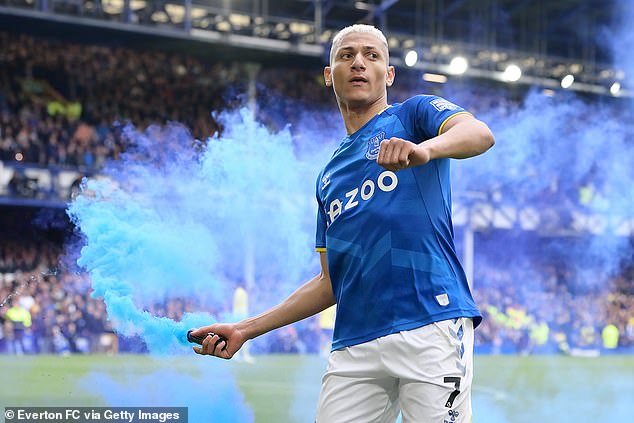 Richarlison is a transfer target for Tottenham, who are in talks over a move for him 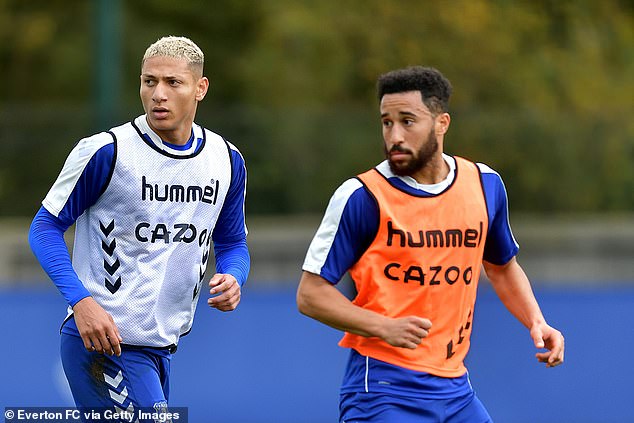 The Brazilian would not be making a step up by joining Spurs, says Andros Townsend (right)

‘I think you’re being slightly disrespectful by calling Spurs a step up,’ he told talkSPORT.

‘He’s already a hero at Everton for what he’s done. He’s a fantastic player and towards the end of the season the goals he scored to keep us up.’

Townsend risked the ire of his former fans with his comments, having been on the books of Spurs between 2009-16, during which time he was loaned out nine times.

Everton ideally need to sell to ease financial pressures, and some fans have accepted this may be the right time for Richarlison to go with just two years remaining on his contract.

He netted twice as many goals as Everton’s next best scorer last term and the club want in excess of the £35m they paid for him.

Townsend went on: ‘We speak about what Frank Lampard did for the team, what the fans did to lift us, but Richarlison came back from injury, scored goals and kept us up. So he’s already got hero status at the club… and that’s all you’re getting from me!

‘I had years of Wilfried Zaha questions [when he played at Crystal Palace and Zaha was widely linked with a move away from the club], so I’m used to it by now!’

There is an acceptance that it would be difficult for Everton to replace Richarlison but the dire need to ease financial worries.

The Athletic reported on Saturday that Everton must balance their books by June 30 to come in line with FFP. 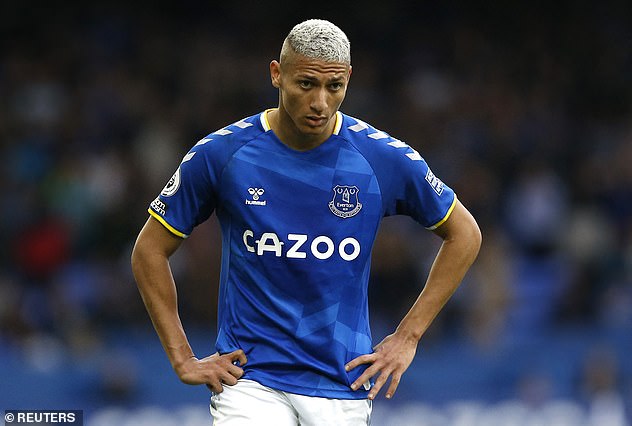 Tottenham have proposed players such Harry Winks and Lucas Moura as part of any deal knowing Everton need to sell to meet financial guidelines.

Spurs are also interested in Anthony Gordon, who emerged as a key player for Lampard last season.

The winger is a promising attacking talent but the 21-year-old is viewed as a far more likely to stay put than Richarlison.

Chelsea also hold an interest in the Brazil international but are pursuing Raheem Sterling and have discussed alternatives including Barcelona’s Ousmane Dembele and Arsenal target Raphinha. 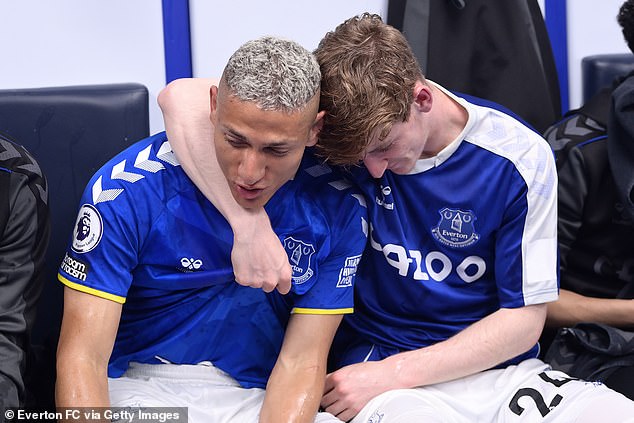