Sheffield Wednesday 1-1 Sunderland (agg 1-2): Black Cats to face Wycombe for place in the Championship after Patrick Roberts’ goal in added time at Hillsborough sends Alex Neil’s side to the League One play-off final

Patrick Roberts never thought he would be playing League One football when he signed for Manchester City as a teenager. At least now his and Sunderland’s resurrection is only one match away from the Championship.

While the 25-year-old’s former club were on the receiving end of stoppage-time heartache in their Champions League semi-final at Real Madrid last week, Roberts was the one inflicting such pain on Sheffield Wednesday here.

What is it about the late drama of last-four ties? When the fourth official showed 10 added minutes at the end of a pulsating 90, you just knew we would not see extra-time. 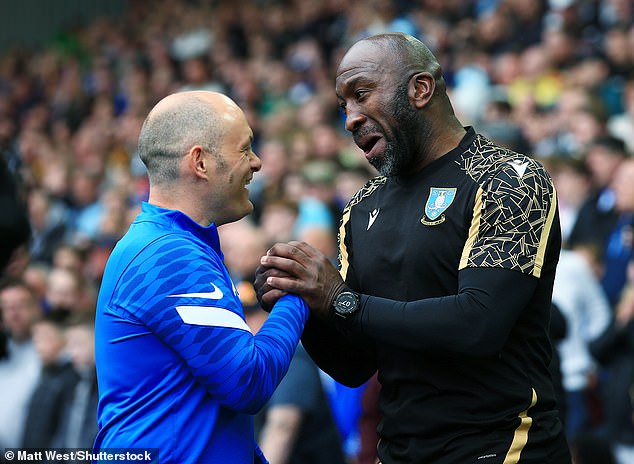 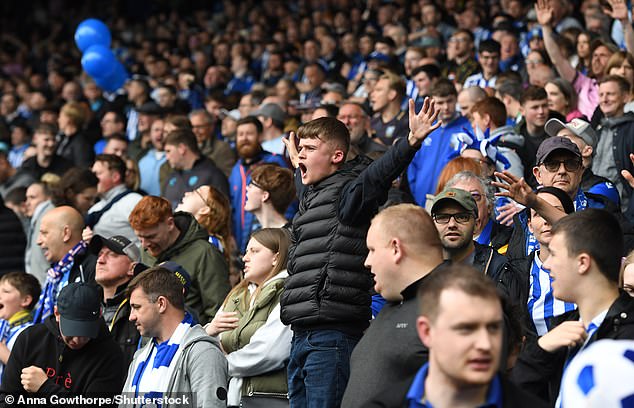 Wednesday, backed by a partisan Hillsborough, looked the likely winners. They had not long levelled the tie through Lee Gregory.

But in the 93rd minute and with muscles as tight as the game was stretched, Sunderland’s two wingers combined to send them to Wembley.

Jack Clarke found an extra gear and motored into the penalty area from the left and squared for Roberts, arriving across his weary minder to hook home from three yards.

It means Alex Neil’s Black Cats will face Wycombe Wanderers a week on Saturday, where they will be strong favourites to end four years in the third tier. 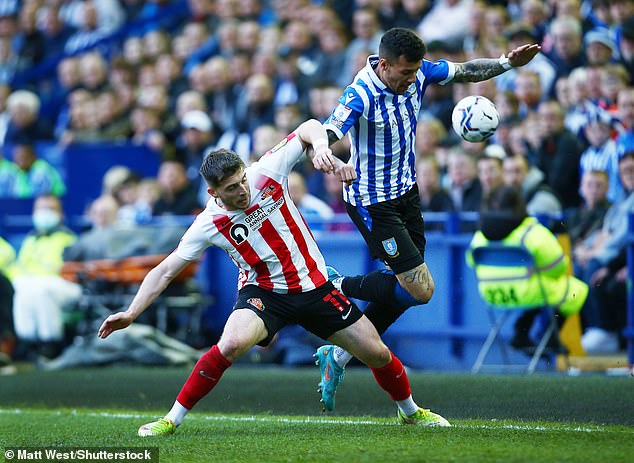 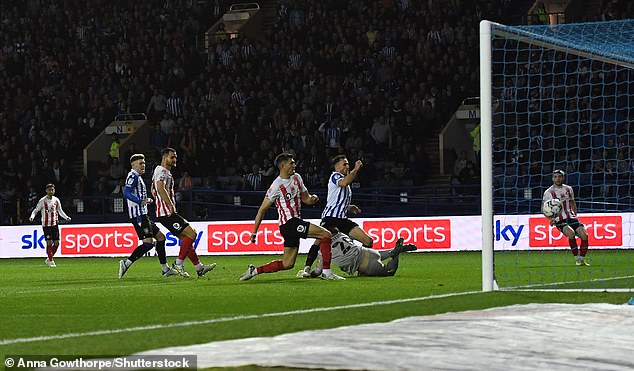 Neil said: ‘I thought we were the better team and I thought we didn’t deserve to be trailing. I didn’t make any changes because I have so much belief in this team.

‘I’m very pleased I stuck to my guns and you have to be brave in these moments because you will be criticised if it goes wrong, but I have so much belief in them.’

And how Sunderland deserve credit for overcoming the ferocity of the Wednesday faithful.

All it took was the injustice of a soft free-kick to stoke the home crowd early on, igniting an atmosphere fuelled by desperation. That is what play-off semi-finals produce, a unique sound akin to a frenzy. It hardly lends itself to attractive football, yet there is always beauty in the tension of what unfolds. 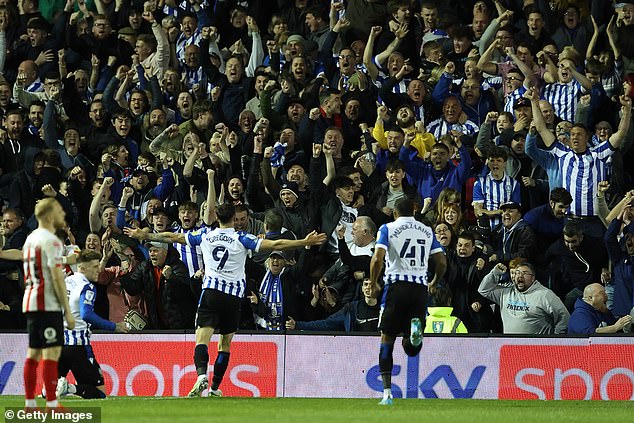 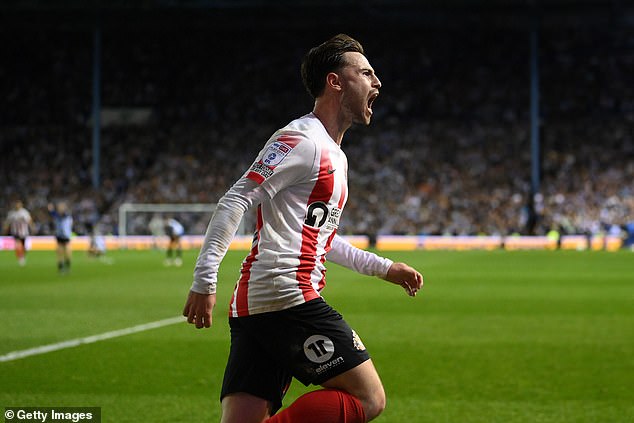 To that end, description of the opening 20 minutes did not extend much beyond: kick, tackle, foul, repeat.

Belatedly, on 30 minutes, a chance. Owls midfielder George Byers dispatched a bicycle kick towards goal and, while it looked great, the save was nothing more than catching practice for Anthony Patterson.

In fact, that apart, Patterson could have taken station with the visiting fans in the upper tier behind his goal and the scoreline would have remained unaltered in the first half.

For all of the encouragement bouncing down from the stands – not to mention the blue-and-white balloons – the performance on the pitch was in danger of having a deflating effect. 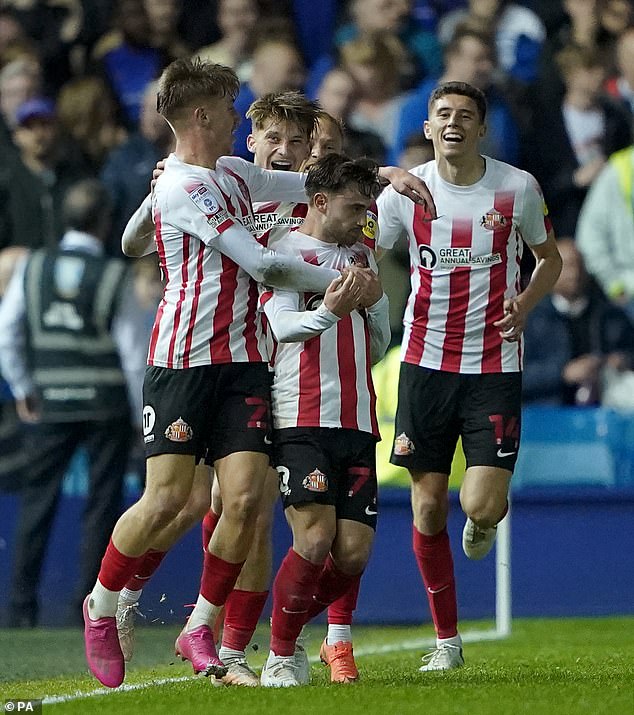 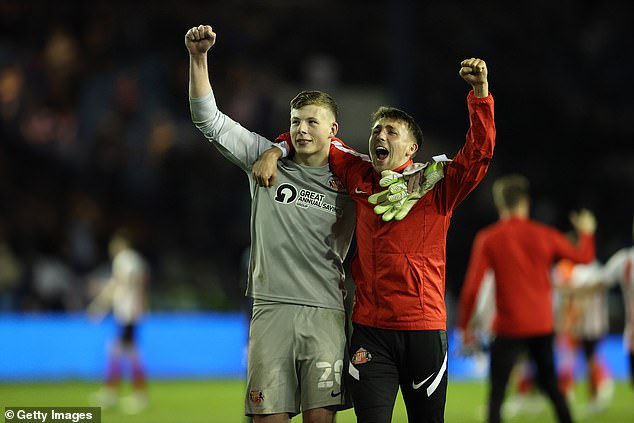 Darren Moore’s customary 3-5-2 was more of a 5-3-2 during that opening period, and that felt like a waste. Sunderland, by contrast, used the backing of their capacity crowd to attack their opponents during Friday’s first leg.

‘Come on Wednesday’ they implored from the terraces. A few of them must have been longing for Tuesday, so uninspired were their side.

Moore stared, crouched, and then stared some more. It was not long before supporter angst turned on the manager and, with that, he made a double change – from the reshuffle they drew an ace.

Owls skipper Barry Bannan is said to be the highest-paid player in League One. It took 75 minutes for the midfielder to produce a pass to justify his top-flight salary, but it was worth its weight in all that gold. And how wonderfully weighted it was in freeing Marvin Johnson down the left. The wing-back did not have to break stride and he centred for Gregory to snap home from close range.

There was, though, to be another twist in the tale, leaving Moore to bemoan: ‘The players are gutted. I really thought we were going to force a winner.’

But so, too, did Neil. ‘The moment Jack got in behind, I thought we were in business,’ he said. ‘Patrick showed great movement and what a great finish.’

Roberts and Sunderland can only hope this is the start of their revival.