Arsenal’s title chances have been downplayed by Alan Shearer despite being impressed by the club’s turnaround under Mikel Arteta this season. The Newcastle legend believes the Gunners will still be aiming for the top four despite their good form while fellow BBC pundit Gareth Crooks has praised the ‘arrogance’ of Gabriel Jesus after the Brazilian scored his fourth goal of the season in the 3-0 win over Brentford.

Arsenal have enjoyed a fantastic start to the season winning six of their opening seven games to top the Premier League table heading into the first international break of the year. There is increasing hope within the Emirates faithful that their current form could translate into a title charge as they hope to claim the trophy for the first time since Arsene Wenger’s invincible season in 2004.

However, Shearer has dosed cold water on these hopes after he suggested the team’s main target should still be the top four. The 52-year-old has been impressed by the transformation under Arteta but believes they are not yet title ready. A Champions League spot would still constitute as a big achievement for the Gunners as it would be the first time the club have taken part in Europe’s premier competition since 2017.

“In just over a year, Arteta has not just built a different team, he has transformed the mood of the whole club,” Shearer explained in his column for BBC Sport. “He deserves great credit for that because he got a lot of criticism after the way they started last season, with three straight defeats.

JUST IN: Arsenal’s Gabriel Jesus suspension issue now a reality ahead of Spurs 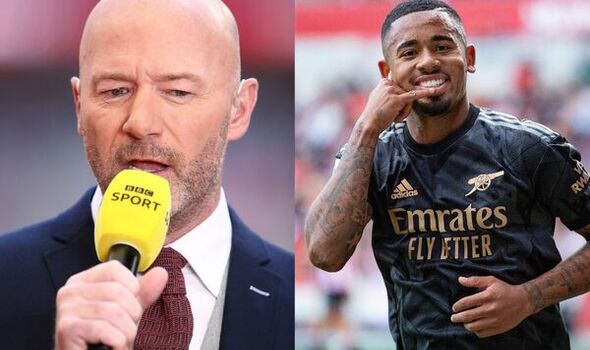 “This time, they have won six out of their first seven league games and go into the international break at the top of the table. They deserve it too.

“I still think Arsenal’s main target is a return to the top four for the first time since 2016, and they have not done too much wrong so far.

“Their next two league games at the start of October, at home to Spurs and Liverpool, will tell us more about whether they can sustain this strong start but, right now, their fans will be enjoying what they are seeing.”

Meanwhile, Shearer’s BBC colleague Gareth Crooks has praised new striker Gabriel Jesus for his contribution since his arrival from Manchester City. The Brazil international has scored four goals and contributed a further three assist in his short spell at the club, quickly becoming the team’s talisman in attack. 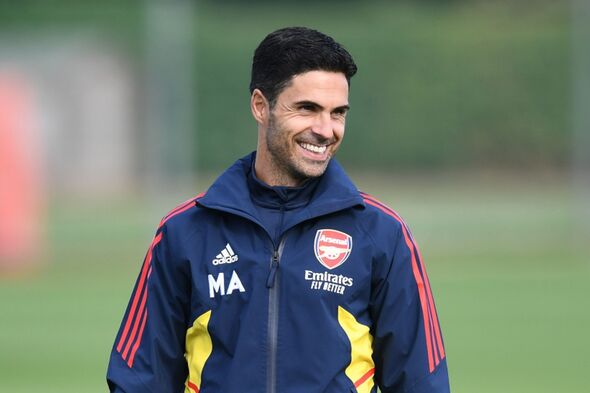 “From the moment Gabriel Jesus put on an Arsenal shirt he’s been playing like a man possessed,” Crooks explained. “His enthusiasm and appetite for the game is immense. He’s not just scoring goals for the Gunners but leading the line.

“His movement around the pitch is fantastic and he plays the game with an infectious arrogance that is spreading through the Arsenal team like wildfire, and the reason why they currently sit on top of the Premier League.”

It remains to be seen whether or not Arsenal can maintain their place at the top of the Premier League table but the signs have been hugely promising so far.