Sean Dyche admits the business end of football and keeping Burnley in the Premier League will always take priority over the romance of the FA Cup.

As a player, Dyche was captain of Chesterfield when the third-tier club made a fairy tale run to the semi-finals in 1997 and took Middlesbrough to a replay.

As a manager, the 49-year-old insists his No.1 target is make sure Burnley stay in the top-flight even though he still has a great affection for the old competition. 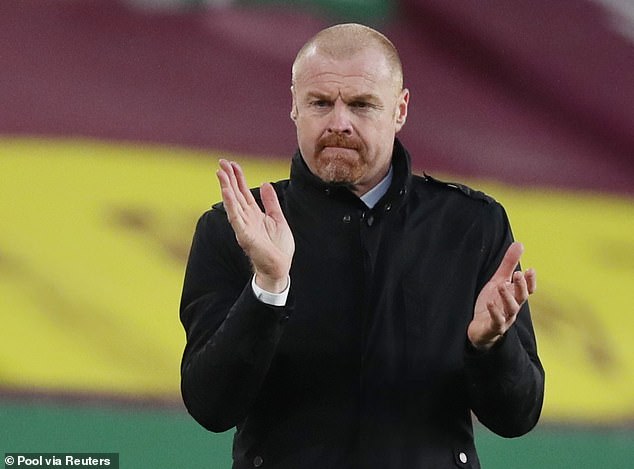 The Clarets have reached the fifth round for only the second time in his eight-and-a-half-year reign at Turf Moor and face Bournemouth at home on Tuesday night.

‘Facts are facts and for this club to be in the Premier League is a big achievement,’ said Dyche. ‘For us to do that season after season and continue our journey is a massive thing.

‘The business side of it has got to be factored in. So for the hope and glory and the feel of football and what we all do and the love of it, there is a business.

‘There was the early noise about ‘is the cup really what it was?’ Over time I think over time people have accepted its place. It’s still a great place.

‘For Burnley Football Club it has a literal business and it’s just way more powerful to be in the Premier League than it is to have a cup run. Unless you win it, and even then the numbers don’t even compare.

‘What does kick in then is the feel, the belief and the history of a club getting to a FA Cup Final. How do you put a price on that? But you wake up the next day and the club isn’t where it was. 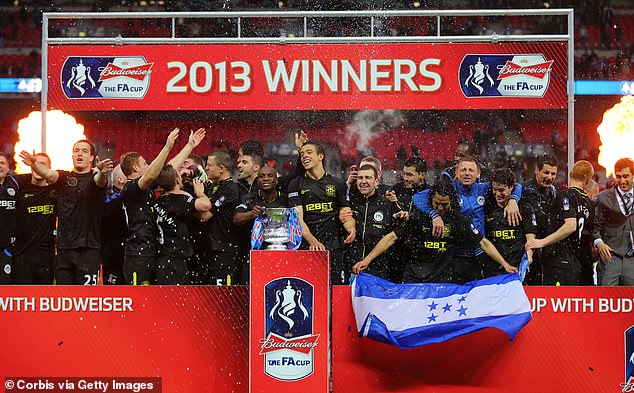 ‘Wigan are the best example. I know Wigan fans who tell me they would still take what came next after the FA Cup win (and relegation in 2013). But there are other Wigan fans who would go ‘no chance, we prefer to be as we were’.

‘I hope the romance and the feel of the cup is still there for a lot of fans. I remember the Cup Final being a brilliant day. There is still that glory and feeling and romance of it from when you were a child growing up, but now I’m actually in the business and sitting in the chair.

‘No-one really bothers with FA Cup quarter-finals, not even semi-finals. Gary Lineker once said to me, ‘Sean, no-one remembers beaten semi-finalists’. But then we had our semi-final with Chesterfield and it went to extra-time and he said, ‘actually they will remember that one!’.

‘But his point is right. If you want to go all the way, you want to win it. It’s irrelevant going near. That’s just my mind-set. If you’re on a journey to try and win the FA Cup, then you’ve got to win it.

‘You can argue a semi-final means something, but you are not remembered for getting to a quarter-final.’ 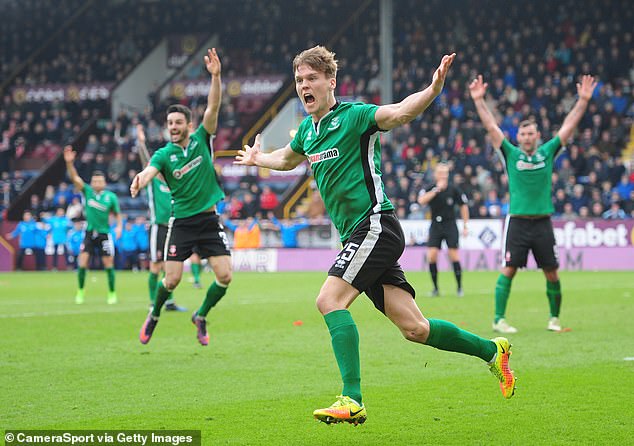 Burnley’s last appearance in the fifth round ended with a shock defeat to non-league Lincoln City in 2017.

But Dyche pointed out that the victors were drawn away to eventual cup winners Arsenal, and his team were locked in a battle for Premier League survival.

He added: ‘I know it makes a story and people used words like embarrassment and I said absolutely not. That belittles the opposition when you start talking about embarrassment, so no embarrassment at all. They deserved to win on the day, end of story. I have no baggage from that, none at all.

‘People forget, the next round was away at Arsenal towards the end of a Premier League season when we needed to stay up. Who knows, that might have affected it.

‘In the end we managed to stay up comfortably with two games to go and stay in the Premier League. Would I have taken that over beating Lincoln? One hundred per cent.’