Saudi Arabian businessman bids £2.2MILLION for ‘Beyond Imagination’ ticket that will allow him to meet Cristiano Ronaldo and Lionel Messi after the iconic pair face each other in Saudi All-Star’s clash with PSG

Saudi Arabian businessman Mushref Al-Ghamdi has bid $2.66m (£2.2m) for the ‘Beyond Imagination’ ticket that would allow him to meet Cristiano Ronaldo and Lionel Messi.

An auction is currently being held for the ticket which is for the game between a Saudi All-Star’s XI featuring players from Al-Hilal and Al-Nassr – Ronaldo’s new club – and PSG in Riyadh on January 19.

The auction is set to close on January 17, and Al-Ghamdi, the general manager of real estate group AqarOne, is leading the way with his lucrative offer, according to Reuters. 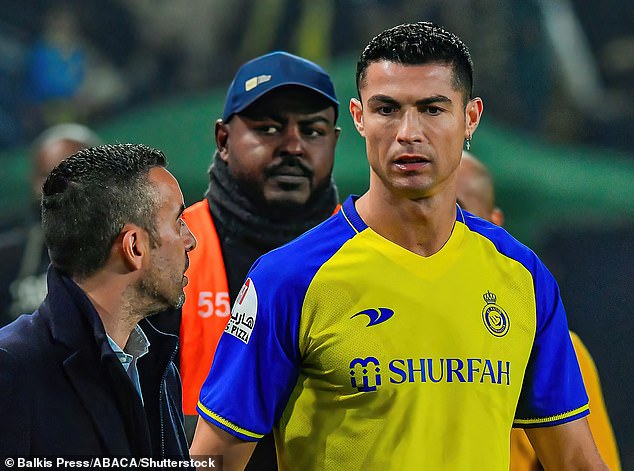 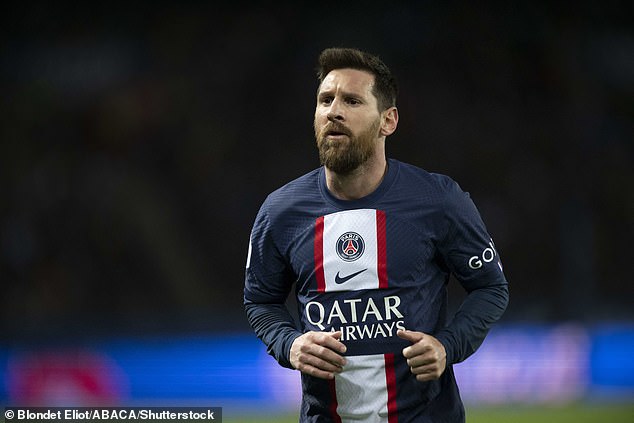 They will also get to meet Lionel Messi, as PSG take on a Saudi All-Star XI in Riyadh

As well as watching the match, the lucky winner will get the chance to attend the winner’s ceremony and enter both dressing rooms, meaning they can meet Ronaldo and Messi.

It promises to be a special occasion, with Ronaldo in line to make his debut in Saudi Arabia after signing with Al-Nassr last month.

The 37-year-old put pen to paper on a £175m-a-year deal that is due to run until 2025, but has been made to wait for his first match for various reasons, with the club having too many foreign players when he first arrived.

He also had a two-match ban hanging over him after smashing a fan’s phone while still at Manchester United last April, and Al-Nassr’s most recent league game was delayed by 24 hours due to electrical issues at their stadium.

In the end, Ronaldo watched the match on an exercise bike, but he looks set to be on the pitch against PSG. 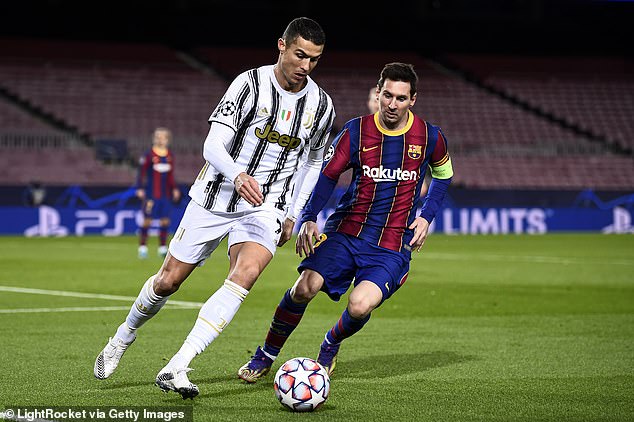 This could see him renew his rivalry with Messi, as the pair have not played against each other in over two years, when Ronaldo’s Juventus beat Barcelona 3-0 in December 2020 in the Champions League.

Ronaldo and Messi were the star players in numerous El Clasicos when they played for Real Madrid and Barcelona respectively between 2009 and 2018, a period where they established themselves as the two best players in the world, before the former moved to Italy.

This could be the final time they play one another, which is why the game is the hottest ticket in town.

However, there is a chance that Messi could soon be joining Ronaldo in Saudi Arabia, following reports that the Argentine’s agent-dad Jorge is in Riyadh to discuss the possibility of Messi signing for Al-Hilal.

Messi is out of contract at PSG in the summer, and could be tempted by a move to the Middle East to move to Al-Nassr’s great rivals, with Al-Hilal willing to pay him £245m-a-year to join them.