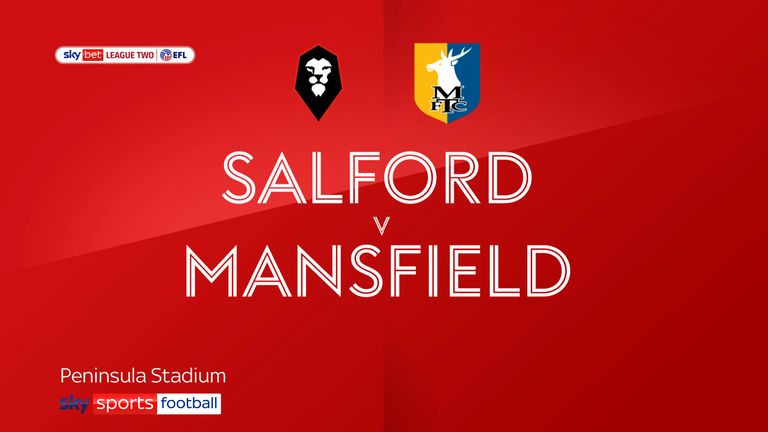 Ten-man Salford kept their promotion hopes alive as they cut the gap on the play-off places to one point after a 2-0 home victory over Mansfield.

Despite a promising start from the visiting Stags, the home side opened the scoring inside five minutes with Ash Hunter converting his first goal since December.

Heroics from Vaclav Hladky – on the way to a 20th league clean sheet – were needed to preserve the Ammies’ advantage as he pawed clear a powerful George Lapslie header.

Salford tightened their grip on the game shortly after the hour mark when Ian Henderson notched his fifth goal in six outings with a beautifully controlled volley into the far corner.

Home midfielder Richie Towell was shown a straight red card for retaliating to a Kellan Gordon challenge while Henderson squandered the chance for his second of the afternoon when his spot-kick was saved by Aidan Stone.

After colliding with substitute stopper Jamie Pardington, Farrend Rawson needed more than 10 minutes of on-field treatment before being stretchered off as the game edged towards its close.