England stars Bukayo Saka, Ben White and Aaron Ramsdale unveil Arsenal’s new black and bronze away kit for the 2022-23 season… with Mikel Arteta’s men set to wear strip for latest friendly of US pre-season tour against Orlando City on Thursday

Bukayo Saka led the list of Arsenal players who unveiled the club’s slick new black and bronze away kit for the new season.

Adidas’ latest design has seen them introduce a bronze badge of the famous Gunners cannon as well as three metallic trims onto the shoulders of the new strip.

It is complimented by shades of black and carbon. The whole shirt however is covered by a graphic that is inspired by the Arsenal lettering fans pass on their way to Emirates Stadium. 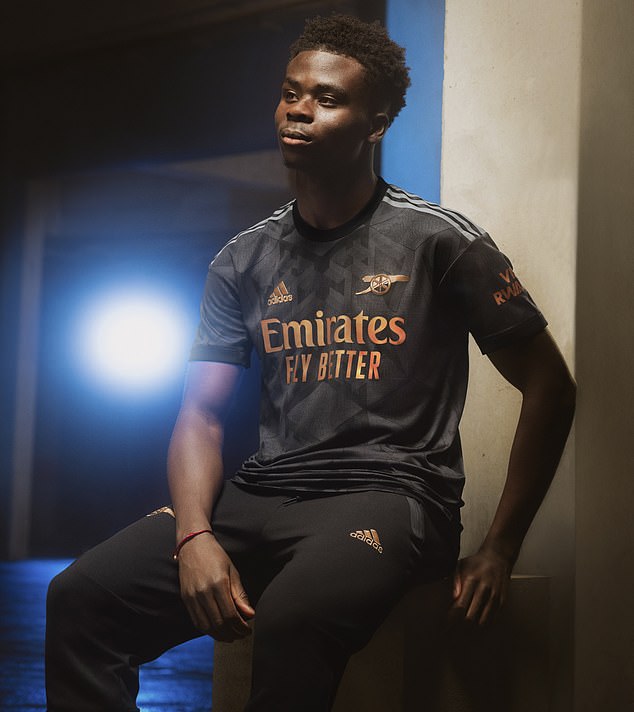 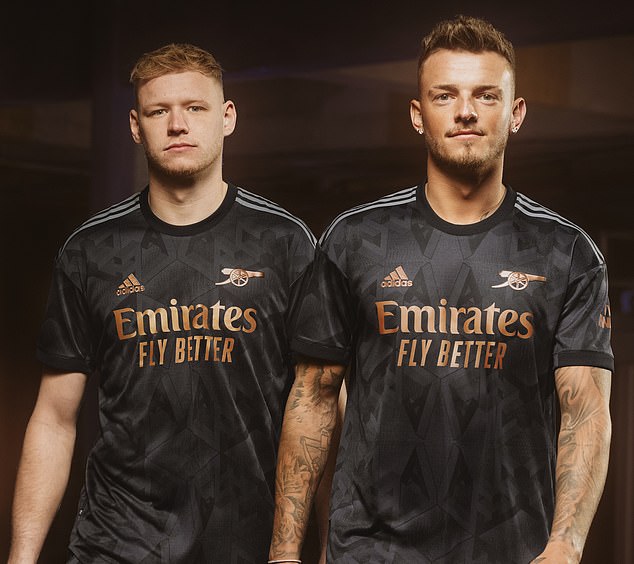 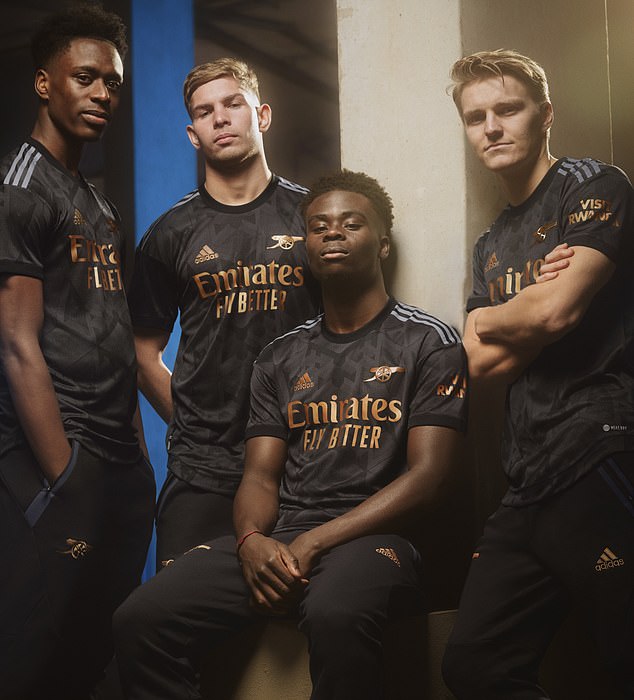 The shirt is accompanied by black shorts and socks, with women’s and youth kits in both authentic and replica versions also released. 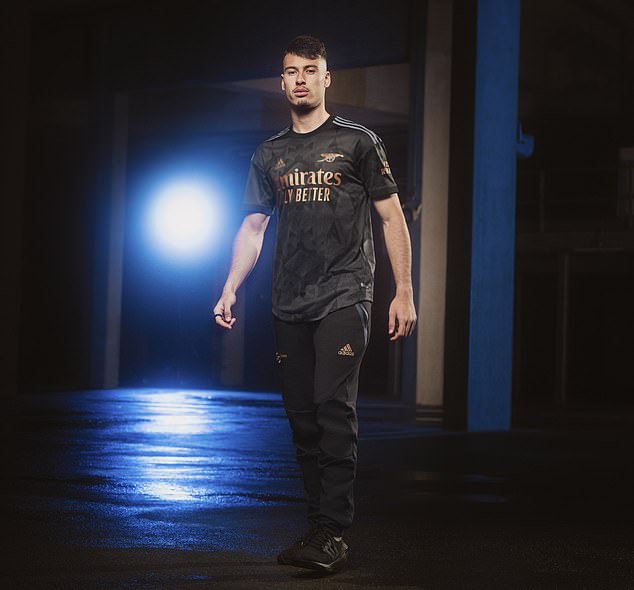 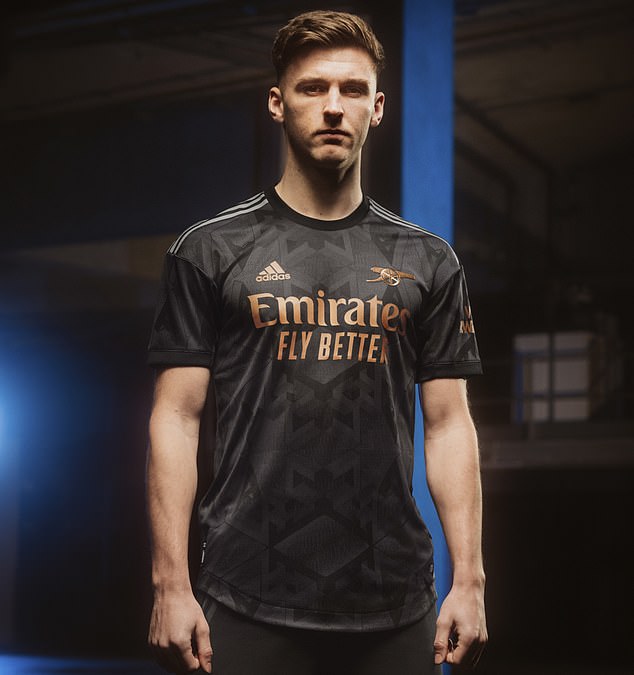 The new kit will be worn on pitch for the first time by the men in the early hours of Thursday morning UK time, when Arteta’s side face Orlando City in their latest match of their pre-season tour of the United States.

The release of the new kit follows the unveiling of the new Arsenal home kit in May, after which the club announced £5 from every shirt bought directly from them until 5 August will go to The Arsenal Foundation to support ‘local community initiatives’.

Mikel Arteta’s men have made an excellent start to pre-season, winning all three of their friendlies this summer.

Eddie Nketiah scored a hat-trick in a behind-closed-doors match against Ipswich Town at London Colney at the start of the month, before they came from two goals down to beat Nuremberg 5-3 – thanks to a brace from new £45m signing Gabriel Jesus – in their second friendly of the summer in Germany. 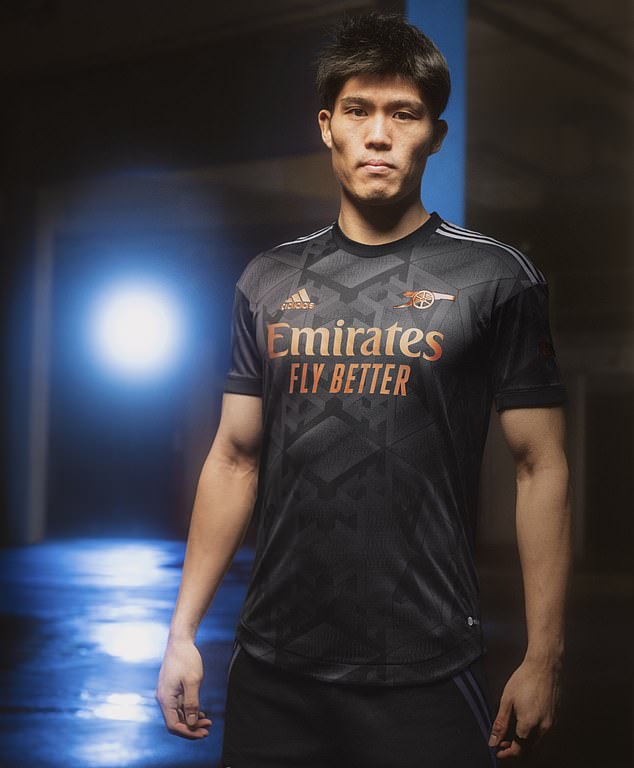 The Scot was joined by fellow full-back Takehiro Tomiyasu, who joined the club last summer

The Gunners then kicked off their tour of the States by beating fellow Premier League side Everton 2-0 in Baltimore, with Saka and Jesus on the scoresheet.

Arteta’s men are also set to face London rivals Chelsea in the final of the Florida Cup on Sunday, three days after facing Orlando City.

They then return to London to take on Sevilla in the Emirates Cup at the end of the month, before the action begins in earnest away at Crystal Palace on 5 August in the first Premier League game of the new campaign.

Jesus is one of four new signings made by the Gunners this summer, with Fabio Vieira, goalkeeper Matt Turner and young winger Marquinhos also joining.

That number could soon become five, with the club set to finalise a £35million deal for Manchester City star Oleksandr Zinchenko this week. 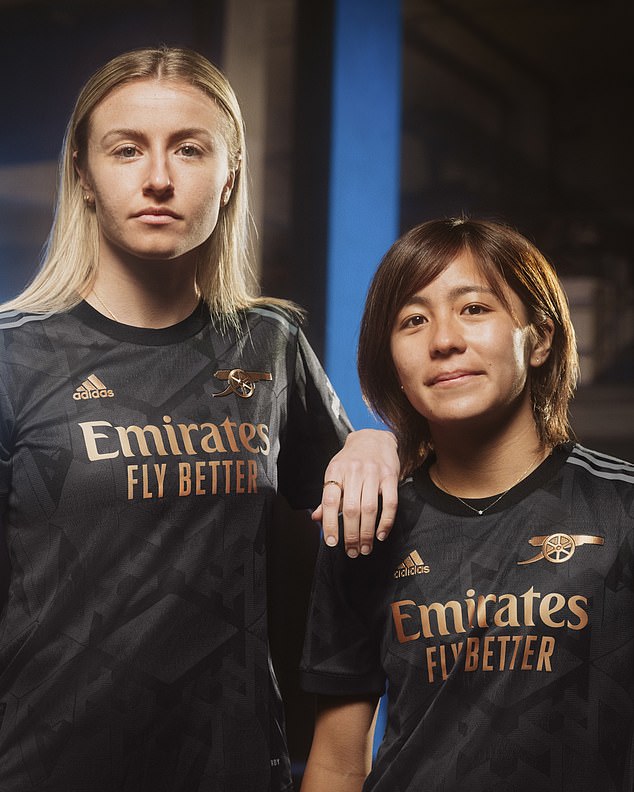 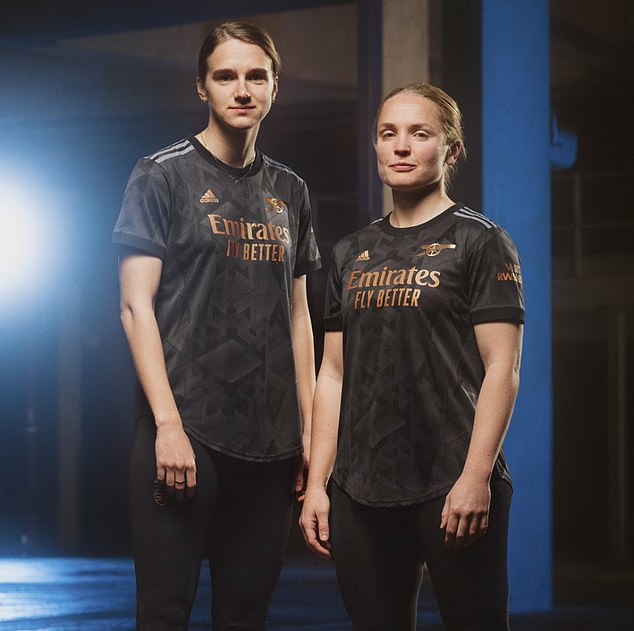