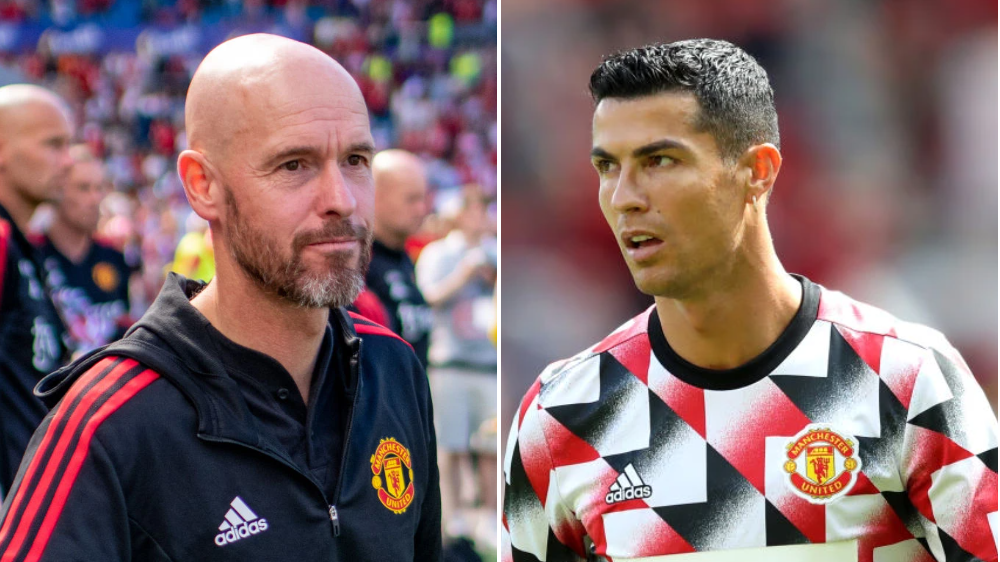 Cristiano Ronaldo has issued a defiant message after Erik ten Hag criticised the striker’s ‘unacceptable’ decision to leave Old Trafford before the end of Manchester United’s friendly against Rayo Vallecano.

The 37-year-old was seen leaving the Theatre of Dreams during the second half of United’s 1-1 draw with the La Liga side, after the striker was removed at half-time for Amad Diallo.

Ronaldo was not the only player to leave the stadium early but he has been the focus of attention, particularly as the Portugal captain has requested to leave the club.

Speaking to Dutch outlet AD, Ten Hag said Ronaldo ‘was not the only one who left after half-time, I tell them [the players] that it’s unacceptable. That we are a team, and that you need to stay right until the very end.’

Ronaldo was said to be ‘furious’ with Ten Hag’s public dressing down, which has further convinced him of the need to leave Old Trafford.

But with United staying resolute in their determination to keep Ronaldo, it looks like the striker won’t be granted his wish of leaving the club.

And, in a thinly-veiled message to Ten Hag, Ronaldo took to Instagram today to say that the ‘hard work’ is continuing in training.

‘Step by step,’ wrote Ronaldo, who followed his post with the ‘hard work’ hashtag.

On a post to his Instagram story, Ronaldo posted a photo of him i ntraining with Lisandro Martinez, Fred, Raphael Varane, Anthony Elanga and Diogo Dalot.

Ronaldo wrote ‘Done’ over the photo and the forward’s message comes as United face up to the prospect of being without Anthony Martial for their season opener against Brighton.

The Frenchman has sustained a minor hamstring injury and is set to miss the visit of the Seagulls to Old Trafford.

With such little strength in depth, United may be forced to start Ronaldo – despite the fact that he’s played just 45 minutes of pre-season so far.