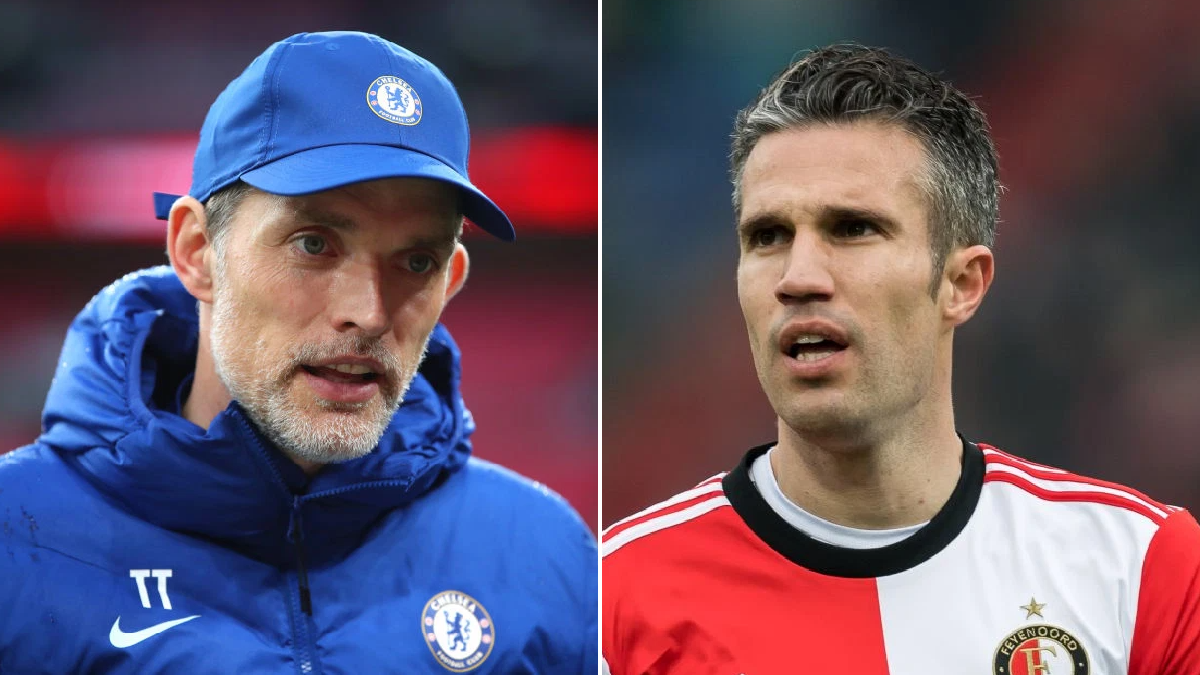 Former Arsenal and Manchester United forward Robin van Persie has criticised Thomas Tuchel’s use of Hakim Ziyech and believes he is deserving of a ‘much bigger role’ in the Chelsea team.

The former Ajax playmaker has only been used sporadically by Tuchel, starting just seven matches across the Premier League and Champions League since the German’s appointment and not completing the full 90 minutes in a single game.

He has shown flashes of his quality, however, notably scoring the winner against Manchester City in Chelsea’s 1-0 FA Cup semi-final victory last month – a precursor to the Champions League final.

Ziyech was one of the Eredivisie’s outstanding players prior to moving to Stamford Bridge – with Van Persie facing off against him when he was still at Feyenoord – and the Dutchman is baffled that he, and some of his teammates, have not been given more prominent roles in the team under Tuchel.

‘It is actually a shame that the creativity of players like Ziyech, [Christian] Pulisic and [Mateo] Kovacic – who I think is a brilliant player – is not being expressed,’ Van Persie wrote in his column for De Telegraaf.

‘Kovacic is their engine and playmaker. Ziyech also has those qualities higher up the pitch, but he should have a much bigger role in the team.

‘He is now constantly searching [for a place in the team], being played in all different positions. But surely it can’t be that difficult to give such a creative player a good position, right?

‘You can also see it differently, first give Ziyech and Kovacic an important role and then let players like Kante and other types work around them.’

Another Dutch legend, Marco van Basten, has also been critical of Ziyech’s role and lack of consistent minutes at Chelsea, even telling the Moroccan to leave Stamford Bridge.

‘Werner plays really badly, but doesn’t he come in much more often? The system this trainer plays is just not good for Ziyech,’ he said.

‘Then as Ziyech you have to say: “You know what? I have to leave.”

‘It is now about Ziyech because I have nothing to do with that man. This is not getting along like that. I’m not saying it’s bad for Ziyech or bad for that trainer, but it doesn’t work like that.’