Italy manager Roberto Mancini has signed a four-year contract extension that will keep him in charge until June 2026.

Mancini’s original contract was set to expire after the 2022 World Cup in Qatar and the new deal will see him stay on until the 2026 edition.

‘We wanted to give continuity to our work. Beyond winning a trophy, there’s a project to work on,’ Italian football federation president Gabriele Gravina said. 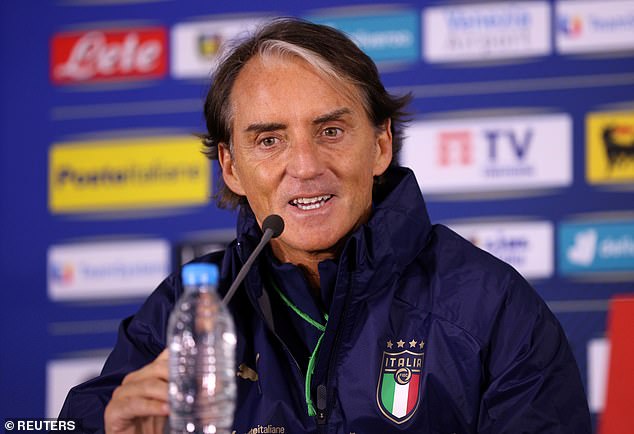 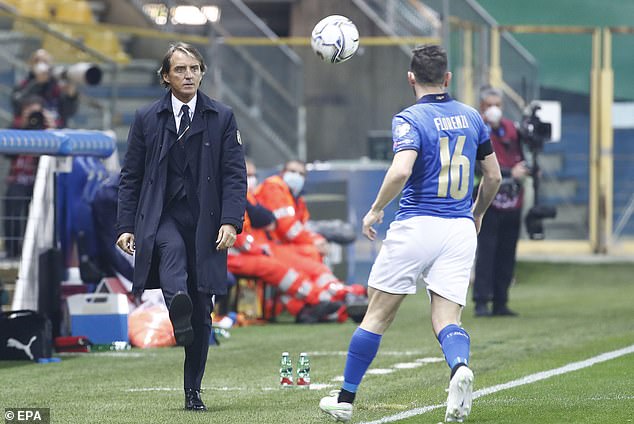 ‘Mancini has been working brilliantly for two years and moving forward on this project was a duty out of respect for the federation and our fans.

‘We made an important choice, supported by us in the federation and not by different sponsors or other parties.’

Mancini was appointed Italy manager in May 2018 after they failed to qualify for the 2018 World Cup.

The 56-year-old has since taken charge of 28 matches, winning 19 and losing twice, guiding Italy to the European Championship with three games to spare as they won all 10 matches in the qualifying campaign. 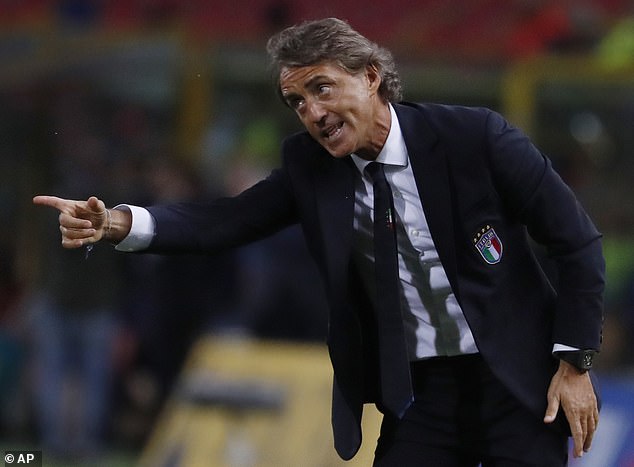 Mancini, who set a record in 2019 with 11 consecutive victories, also led Italy to the UEFA Nations League semi-finals where they play Spain in October.

‘I am very happy,’ Mancini said. ‘We are trying to carry on the work that has paid off. Being able to put together a team that I like gives me a lot of satisfaction and I am optimistic for the future.

‘In one year we will have the European Championship, the Nations League final phase and the World Cup. The goal is to be able to win while knowing that it will not be easy and that a little luck will also be needed.’