Robert Lewandowski has pledged to ‘carry the colours of Ukraine to the World Cup’ after an emotional meeting with legend Andriy Shevchenko.

The war-torn country didn’t make it to the finals in Qatar, losing to Wales in a play-off match, but Poland captain and Barcelona striker Lewandowski will ensure their neighbours and friends will be part of the tournament.

Shevchenko, the former striker who scored 48 goals in 111 matches for Ukraine during an illustrious career, presented Lewandowski with a captain’s armband in the blue and yellow colours of the Ukraine flag at Warsaw’s national stadium. 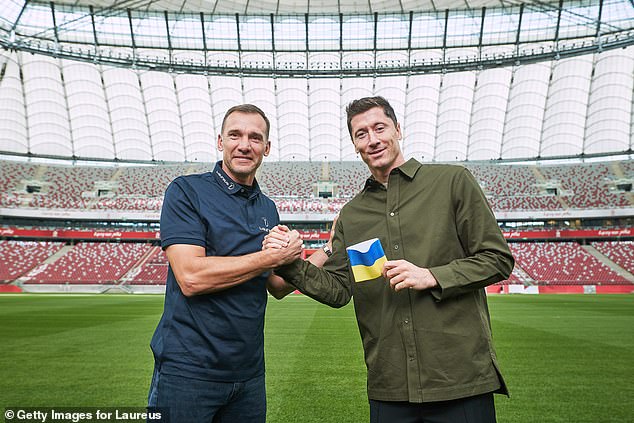 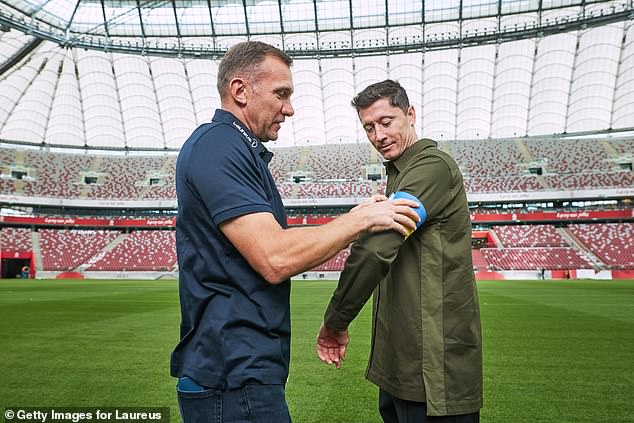 Lewandowski, 34, said: ‘I believe that as athletes we should use the power of sport for good.

‘I’m going to take Andriy’s armband with me to the World Cup in November as a reminder that Ukrainian people are not alone and are not forgotten.

‘It means a lot to me to stand here with Andriy, a footballer and a man who has used his voice and platform to influence positive change.’

Lewandowski, a recipient of the Laureus Exceptional Achievement Award, has supported victim of the Ukraine war ever since Russia invaded the country in late February.

He lobbied for the postponement of Poland’s international fixture against Russia and has worn an armband in Ukraine’s colours when he captained his former club Bayern Munich. 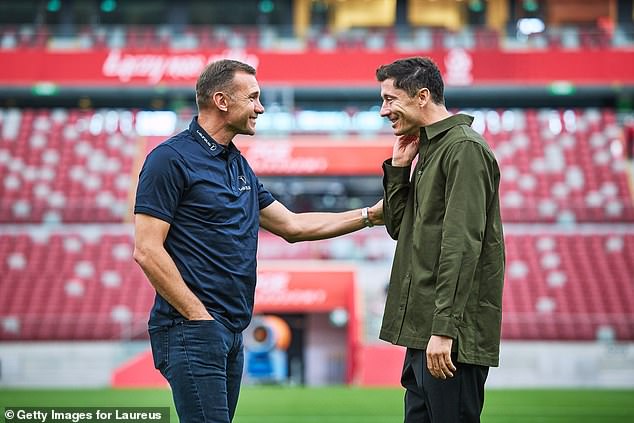 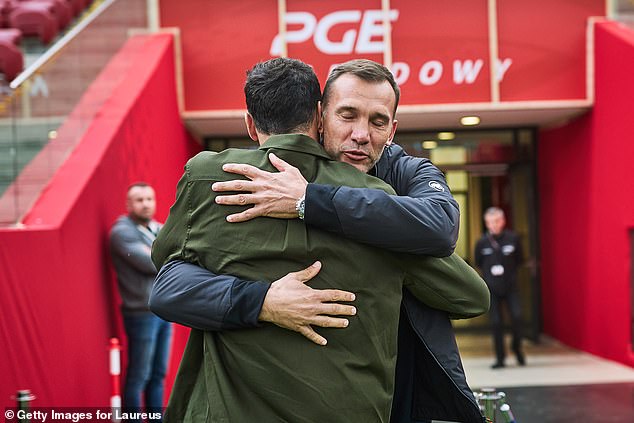 The two goalscoring greats embrace as they meet at the National Stadium in Warsaw, Poland

Shevchenko, who also managed the Ukraine national side between 2016 and 2021, said: ‘For me, the captain’s armband is a symbol of leadership, strength and passion for your country.

‘I want to pass this armband to Robert to thank him for his support, voice and platform in supporting my country and calling for peace.’

He added: ‘When I captained Ukraine, the armband meant everything to me – whether I was playing my club football in Italy or England, it always connected me to Ukraine.

‘Since the war began, I have once again been able to represent my country and I have seen athletes all over the world use their platform to support the victims of the invasion of Ukraine. 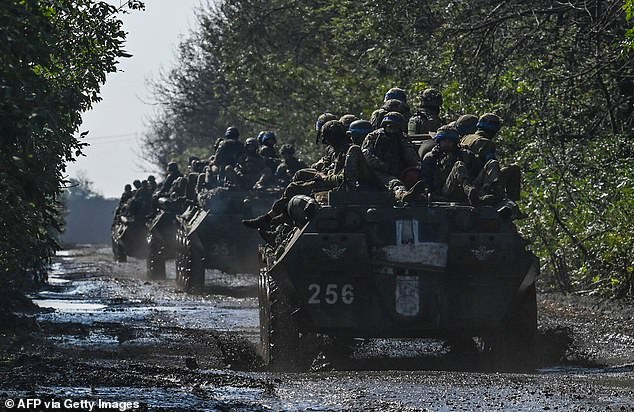 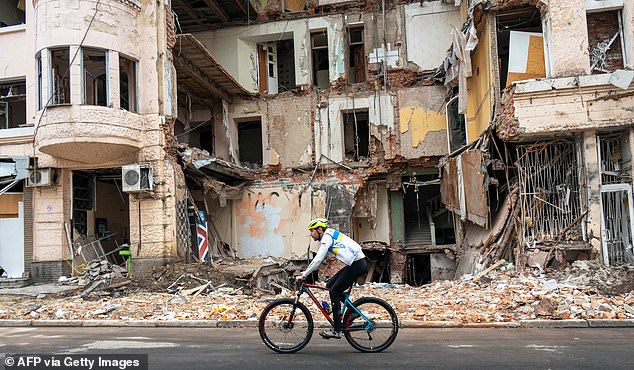 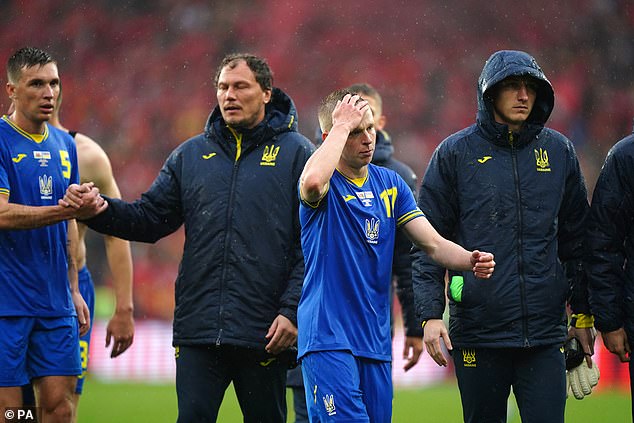 Ukraine narrowly missed out on a place at the World Cup, losing to Wales in a play-off

‘I want to thank Robert Lewandowski for this act of solidarity and for all of his work on behalf of my country – and I also thank the entire sporting world for their response to this crisis.

‘What I have seen is proof that sport has the power to change the world.

‘There is a special relationship between Ukraine and Poland. I have visited refugee projects here through my work with Laureus Sport for Good and Robert Lewandowski’s compassion can be seen right across the country.’

Poland co-hosted the 2012 European Championship with Ukraine. The country took in thousands of Ukrainian refugees forced to flee when Vladimir Putin’s armies rolled into the country on February 27.

Ukraine’s forces have reclaimed hundreds of square miles of occupied territory and liberated key towns and cities in recent weeks as the conflict swings in their favour.