Manchester United legend Rio Ferdinand has attempted to explain what went wrong for his former side in the Europa League final defeat to Villarreal on Wednesday. Villarreal beat United 11-10 in an astonishing penalty shootout after the match in Gdansk ended at 1-1 after extra time.

Gerard Moreno gave Villarreal the lead in the first half before Edinson Cavani equalised shortly after half time.

United were unable to create many clear-cut opportunities and lost out in a lengthy shootout.

Speaking immediately after the final whistle, Ferdinand said United’s big-game players were unable to come up with the key moments when needed. 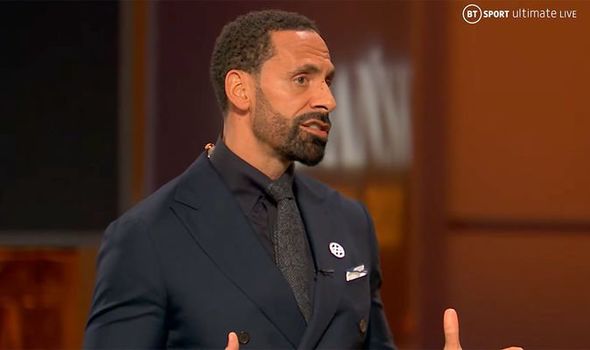 “Manchester United have relied on individuals throughout the season to come up with the trump cards, in critical moments in the games,” he said on BT Sport.

“Bruno has been the man they’ve leaned on, Cavani, Mason [Greenwood] sometimes, Marcus [Rashford], but today they never came up with the goods.

“In the final third, they didn’t take enough chances, they didn’t risk enough, the imagination wasn’t there, the creativity today.

“It’s not been too many occasions where you can say that, that one of them hasn’t stepped up and produced.

“They had a spell after Cavani scored and you thought they had the momentum and were going to go on and take the game by the scruff of the neck, but they didn’t.”

And Ferdinand paid tribute to the former Arsenal head coach for how he dealt with the likes of Bruno Fernandes.

“Tactically I think Unai Emery got it spot on,” Ferdinand added.

“Bruno was nullified, closed down at all times. There was no space for people like Mason Greenwood, Marcus Rashford to get in behind with their movement and anticipation.

“It was never there today. You have to give credit to Unai Emery for that, because tactically he got it spot on.”

United’s four-year wait for a trophy goes on, with manager Ole Gunnar Solskjaer still waiting for his first piece of silverware as the club’s boss.