Rennes 1-0 PSG: Hamari Traore is the hosts’ hero as they stun Lionel Messi, Kylian Mbappe, Neymar and Co by condemning French giants to just their second defeat of the Ligue 1 season so far

Paris St Germain suffered their second defeat of the season in a 1-0 loss to Stade Rennais on Sunday as their Ligue 1 lead was slashed to three points.

Rennes, who have won a club record ninth consecutive home game in the top flight, prevailed thanks to Hamari Traore’s second-half goal as the visitors suffered their second loss in three league outings.

PSG have 47 points from 19 games while second-placed RC Lens are on 44 after their 1-0 win against AJ Auxerre on Saturday, with Olympique de Marseille third two points further adrift following their 3-1 victory against Lorient, also on Saturday. 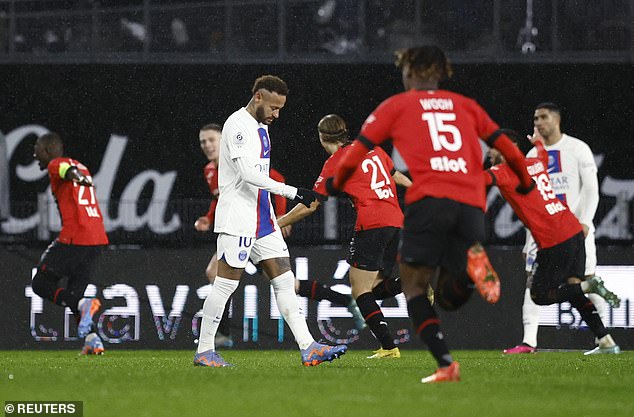 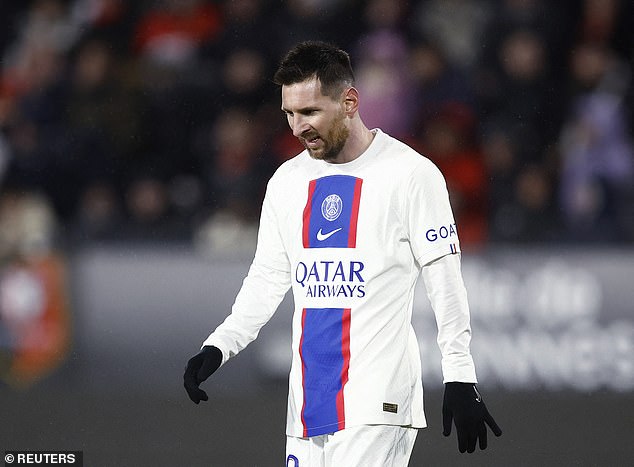 Despite the win, Rennes slipped down to fifth on 37 points, behind Monaco on goal difference after the principality side destroyed AC Ajaccio 7-1 earlier on Sunday with a Wissam Ben Yedder hat-trick.

“Two defeats in the new year, we need to be more aggressive and solid. If we find it again it will be fine,” said PSG captain Marquinhos.

“We have to find it quickly. It’s a lot of points that we dropped. Behind us, Lens and Marseille will not slow down.” 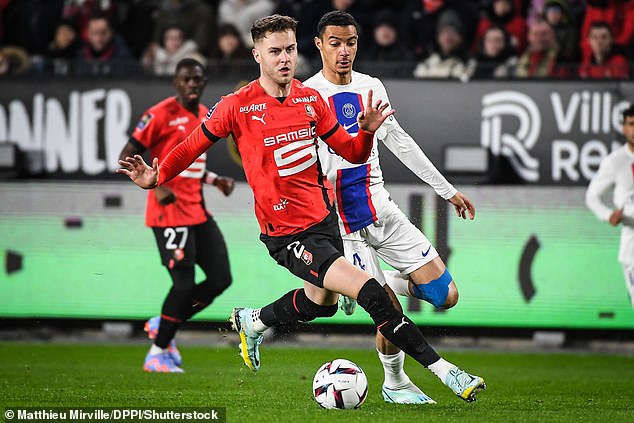 Kylian Mbappe, back after returning to training early following the World Cup final, was on the bench with Hugo Ekitike starting up front alongside Lionel Messi and Neymar but it was the injured midfielder Marco Verratti that PSG missed the most.

Midfielder Warren Zaire-Emery, 16, became the youngest player to start a Ligue 1 game for PSG and was nowhere near the Italian’s level.

Rennes had the first clear chance in the 28th minute when Arnaud Kalimuendo forced Gianluigi Donnarumma to box away his powerful shot from inside the box. 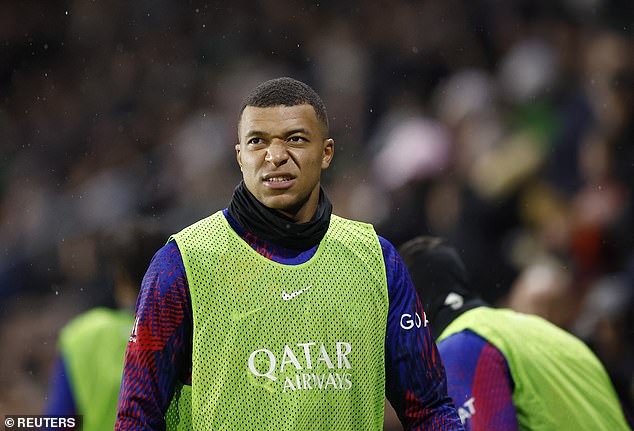 Donnarumma denied Lovro Majer to keep his team afloat five minutes later as PSG struggled to threaten, prompting Christophe Galtier to replace Ekitike with Mbappe 10 minutes into the second half.

Rennes continued to push and were rewarded in the 65th minute when Traore found the back of the net with a low angled shot from Adrien Truffert’s pass.

PSG’s Juan Bernat had a half-volley tipped over the bar by Steve Mandanda in the 81st before the capital side threw everything at Rennes in vain. 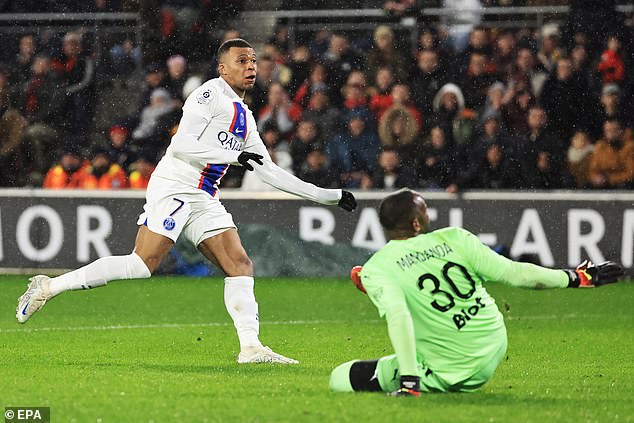 Earlier, Montpellier’s home game against Nantes was stopped briefly in the first half after Montpellier supporters threw smoke bombs onto the pitch.

Montpellier fans threw coloured pyrotechnics and the match at their Stade de La Mosson home ground was paused by the referee around the 13th minute.

Players were sent back to their dressing rooms before the game resumed after 15 minutes.

A homophobic banner was also displayed in the stands, which will likely trigger sanctions from the French league.