League One referee sends off the WRONG player after Bolton’s No 24 Elias Kachunga PUNCHED a Forest Green defender during a tussle… but his No 10 team-mate is the one shown the red card!

Bolton’s League One clash with Forest Green was marred by farcical scenes on Tuesday night after the referee sent off the wrong player.

Wanderers found themselves a goal up after just six minutes with Bolton’s No 10 Dion Charles tucking away a Gethin Jones cross in what was a perfect start for the hosts.

But goalscorer Charles soon found himself to be the victim of mistaken identity when he was shown a straight red card in the 28th minute by referee Tom Nield. 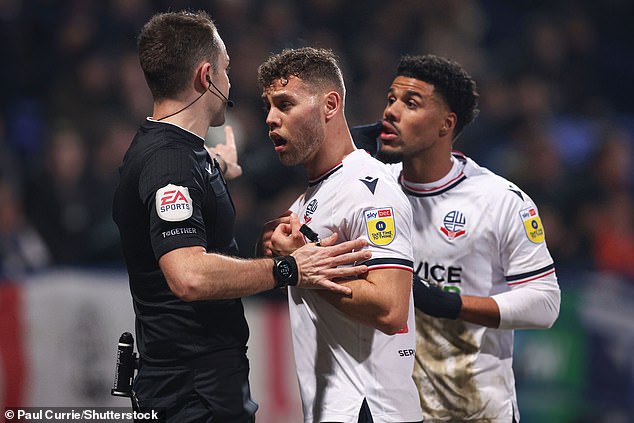 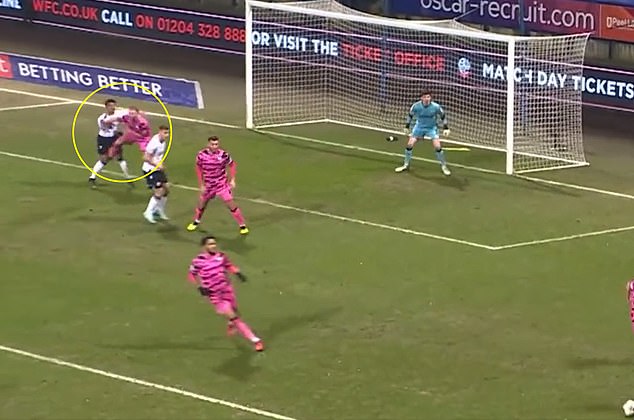 Charles, understandably, was left utterly bemused by the sending off while the majority of the Bolton University Stadium were left confused as to what had happened until replays of an off-the-ball tussle painted a clear picture.

Moments before Charles’ sending off, his team-mate Elias Kachunga, who wears No 24, was caught by the cameras appearing to throw a punch at Rovers defender Brandon Cooper.

Play stopped soon after which allowed Nield to discuss with his linesman what they had – or hadn’t – saw.

Comically, the League One official identified Charles as the guilty party, who was drinking some water by the side of the pitch when he was given his marching orders. 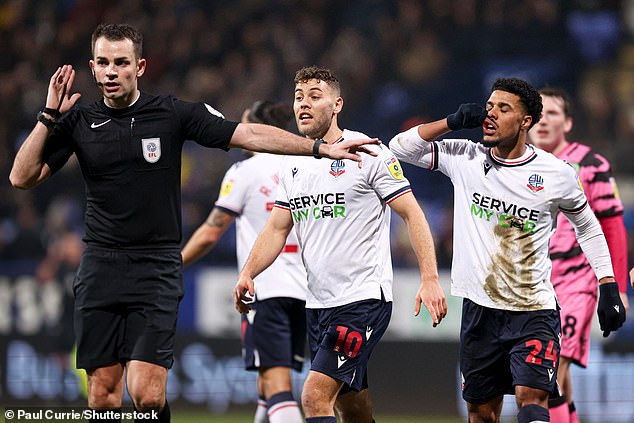 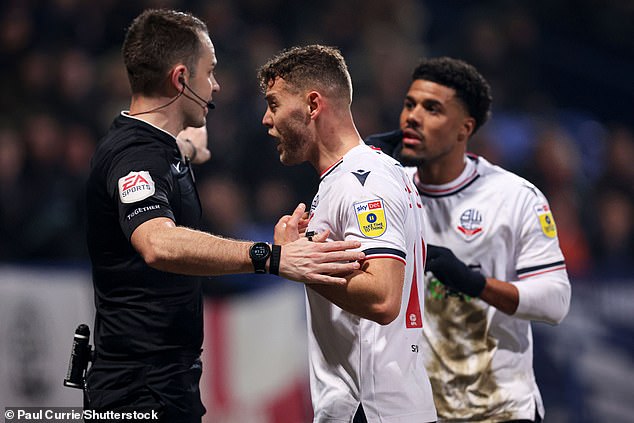 The club’s admin tweeted: ‘Dion Charles has been sent off. Some confusion around the ground, we’re not sure what’s happened there!?’

Sky Sports’ legendary commentator Chris Kamara saw the funny side of the sending off, claiming Bolton were ‘bringing a sub on’ in reference to his iconic and hilarious gaffe while live on air.

While Kamara saw the funny side, Bolton manager Ian Evatt was left utterly stunned by the decision.

He said: ‘We cannot deny that Elias has let everybody down, showing that lack of discipline is not acceptable and he’s apologised to the group. 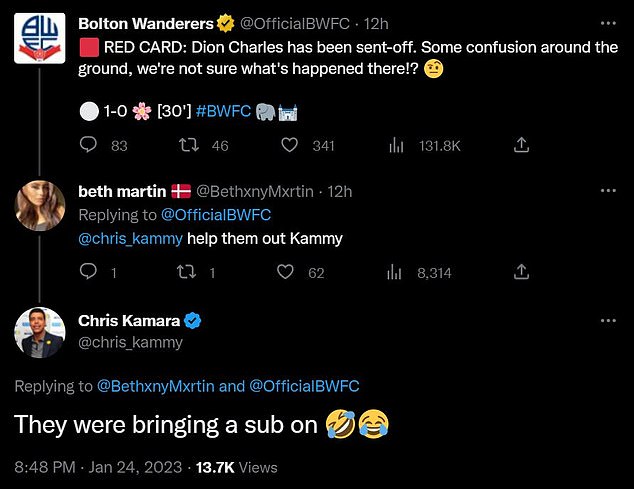 ‘For the linesman to spot it is a good spot but then to get a player involved and sent off who was 15 yards away from the incident is baffling.

‘There is enough finance in the game for us to be able to have VAR for every division in the English pyramid. This is equally important to us as it is to any Premier League team.’

Despite being a man down for over an hour, the 10 men of Bolton held on to stay three points behind fourth-placed Derby, who scored twice in the final three minutes to beat Port Vale 2-1.