Real Madrid 'have to sell before signing' players this summer

Real Madrid will reportedly have to sell players before any signings can arrive in the summer.

The likes of Kylian Mbappe and Erling Haaland have been heavily linked with moves to Carlo Ancelotti’s side as they look to strengthen for next season.

But reinforcements will only come if Real can sell players on top of Gareth Bale, Marcelo and Isco’s departures as free agents. 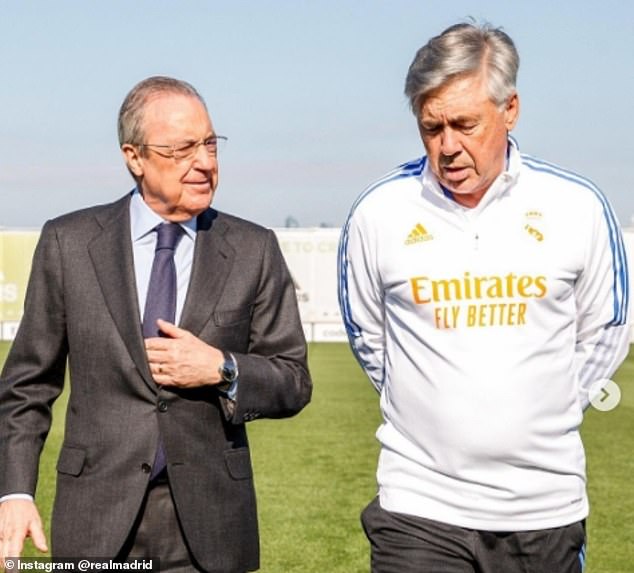 According to Spanish outlet Marca, there was a meeting between Florentino Perez and Ancelotti on Friday to talk about plans for the upcoming summer and next season.

It was decided that without departures, new signings are unlikely. But the LaLiga giants are confident they will accumulate between £62-£82million from selling the likes of Take Kubo, Brahim Diaz and Reinier Jesus, who are all currently out on loan.

The main priority for Real is strengthening in attack. Mbappe is the main target and Haaland is seen as a ‘distant’ possibility.

There is also interest in Monaco’s highly rated midfielder Aurelien Tchouameni, though a move to the Premier League looks more likely. 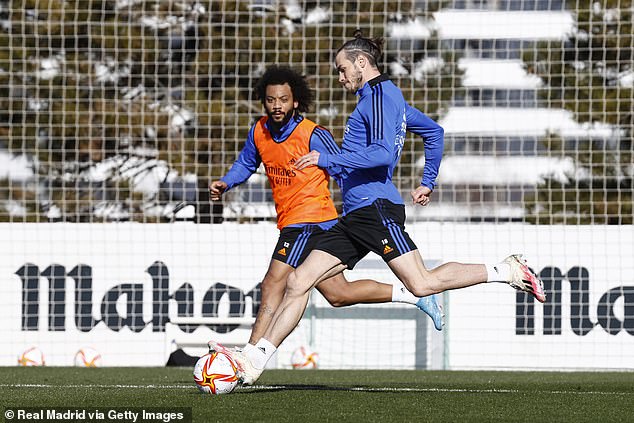 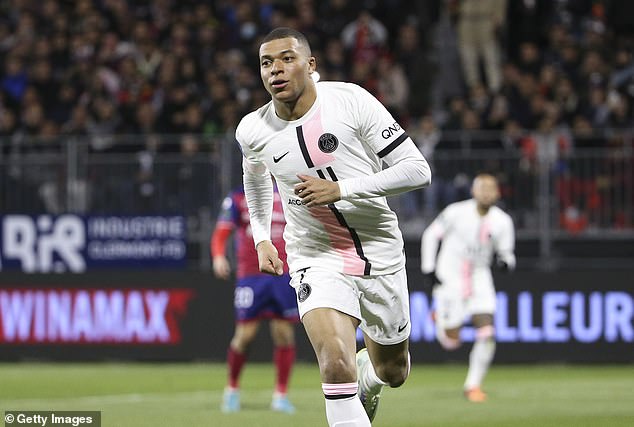 Meanwhile, Luka Modric looks set to sign a new contract after Ancelotti claimed the Croatian will finish his career in Madrid.

Speaking ahead of Sunday’s clash against Sevilla, the 62-year-old said: ‘Luka Modric will finish his career here at Real Madrid. I don’t know when but it will happen – this is the idea of the club and Luka.

‘Modric won’t have problems to renew the contract – I compare him to Paolo Maldini’.

Real are in the semi-finals of the Champions League and sit top of LaLiga having signed just two players in David Alaba and Eduardo Camavinga last summer.