Real Madrid ‘contact Chelsea over a swoop for in-demand Armando Broja’ as Carlo Ancelotti looks to beat Everton, Newcastle, West Ham and multiple Serie A sides in the race for hotshot striker

The Albanian international spent last season on-loan at Southampton and impressed with a nine-goal return.

The Evening Standard report the Spanish giants are looking to offload several forwards and hope to add a number of young strikers to their squad for the coming season. 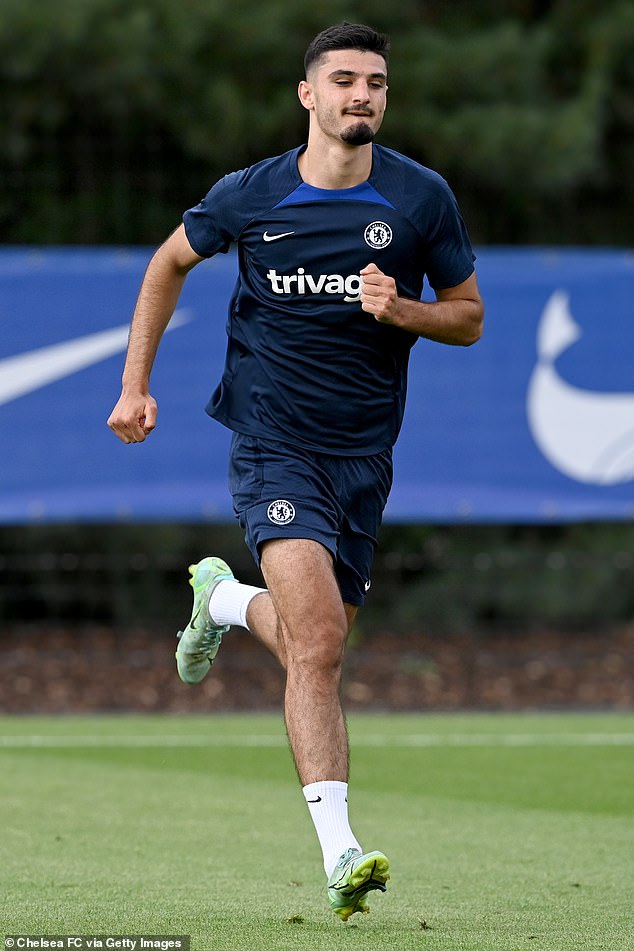 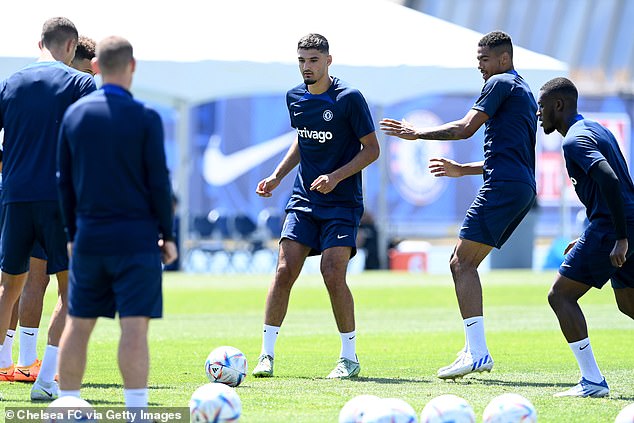 Promising 20-year-old Broja certainly fits the bill and is among their targets.

Premier League clubs have been monitoring the mobile target man all summer with, Everton, Newcastle and West Ham credited with serious interest in the player.

However, Tuchel seems to have had a change of heart and now the forward, who was born in Slough, is set to be a part of the Blues squad to start the season.

‘I don’t expect him to leave,’ Tuchel stated. ‘We are aware of interest and offers, which just tells us there is a lot of potential, and the owners and me will take this decision together in the end, also with the player.

‘Right now when he arrived, it’s clear he’s trying to impress and is just trying to become a Chelsea player as soon as possible. After his loan at Southampton, the situation was very clear for him to make the next step, to show his improvement and make an impression in pre-season.

‘Unfortunately he injured himself and of course there is a lot of noise going on because there are offers and interest in him. Let’s see how this goes but I’m pretty calm about it because we know the situation and we have a contract.’ 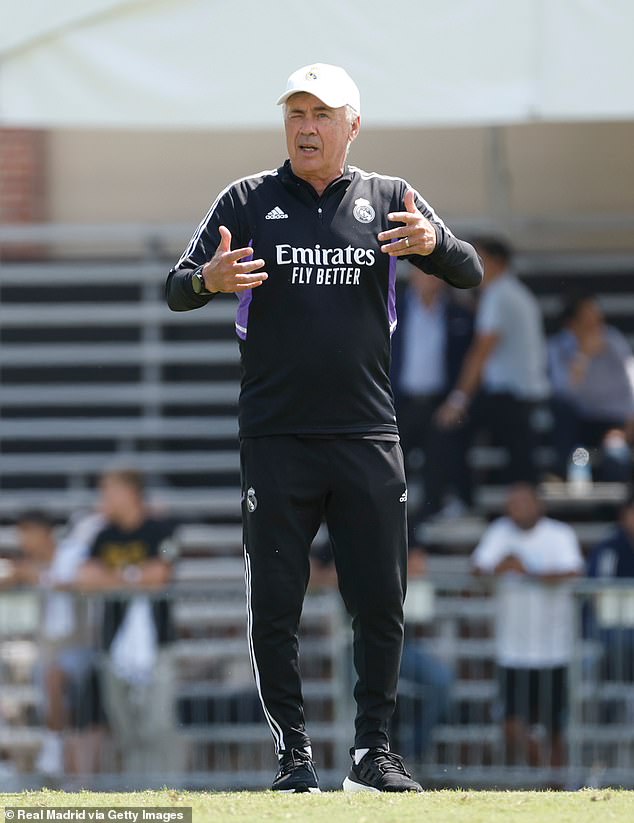 Chelsea loaned Romelu Lukaku back to Inter Milan this summer and while Raheem Sterling is a key addition to the front line, they have not signed a true centre forward and that could leave the door open for Broja.

Real Madrid’s Karim Benzema will turn 35 this December and Real will be thinking about life after the Frenchman.

The Champions League winners have already signed Antonio Rudiger from Chelsea this summer after his contract expired with the London club.