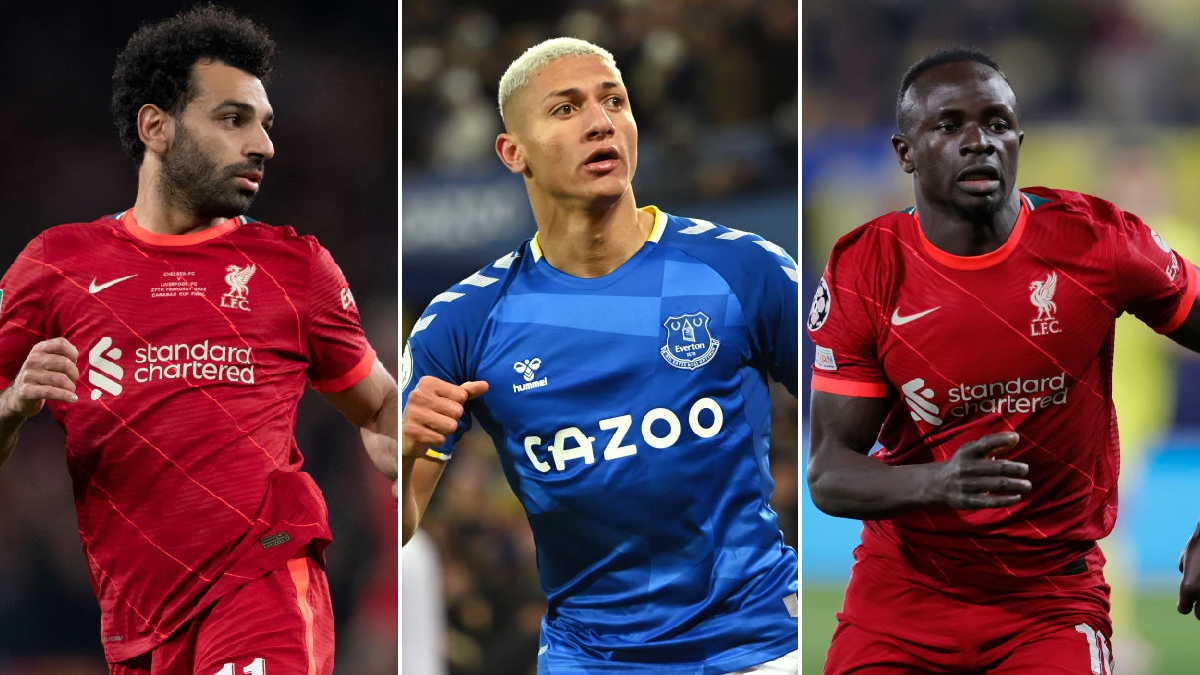 Real Madrid are considering moves for Liverpool stars Mohamed Salah and Sadio Mane along with Everton forward Richarlison after missing out on signing Kylian Mbappe.

The Spanish champions have been pursuing the France international for over two years and were confident of signing him this summer when his contract with PSG was set to expire.

However, in a dramatic U-turn on Saturday, the 23-year-old snubbed Real’s offer to sign a new three-year deal with PSG.

Mbappe celebrated his new deal by scoring a hat-trick against Metz on Saturday night.

Missing out on the World Cup winner has led Real Madrid to drastically rethink their summer transfer plans with reports in Spain claiming the club have now made Monaco starlet Aurelien Tchouameni their top target.

Real will also still consider bringing in a forward option with Everton star Richarlison among the options being considered, according to The Athletic.

The Brazil international, who previously worked under Real boss Carlo Ancelotti at Goodison Park, is also on Manchester United’s radar with Erik ten Hag eager to bring in a versatile forward as part of his rebuild.

Los Blancos meanwhile have long been linked with both Salah and Mane, both who are about to enter the final years of their respective contracts. Liverpool remain in talks with both players over extending those deals.

Mbappe is set to bank an enormous signing-on fee said to be worth €100million and earn close to €1million a week in wages, making him the highest paid player on the planet.