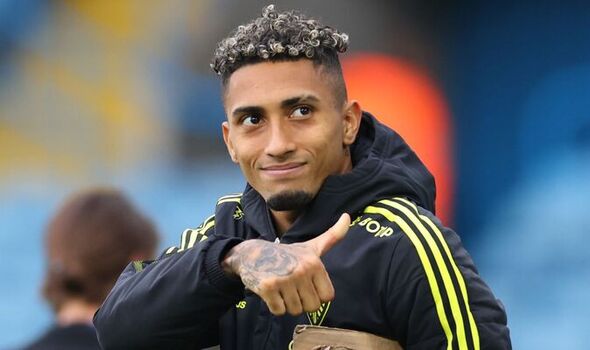 Raphinha has decided he’s prepared to wait an extra ‘few days’ for Barcelona to decide whether they can finance a transfer this summer amid firm interest from Arsenal, Tottenham and Chelsea, according to reports in Spain. The highly-rated Brazilian winger, who netted 11 times in the Premier League last season, would favour joining the Catalan giants but their financial struggles have left any move hanging in the balance.

Raphinha is already understood to have agreed personal terms with Barcelona but they cannot afford to pay the money Leeds are currently asking for.

Barca were seemingly banking on Leeds’ relegation from the top-flight, which would have triggered a £21million relegation clause in his contract.

But the Whites’ successful survival bid blew Barcelona’s plans apart and now they will have to pay upwards of £50m to sign him.

According to Spanish newspaper SPORT, Raphinha’s agent Deco recently met with Barca chiefs in Ibiza to discuss a transfer. 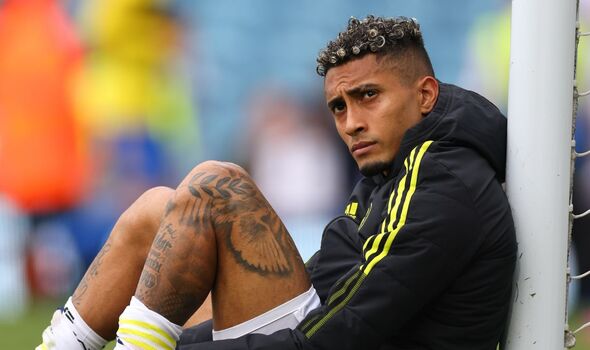 Following the meeting, Raphinha has reportedly decided that he wants to give Barcelona some extra time to try and put together a proposal.

If they were to satisfy Leeds’ valuation, he would be willing to seal a move to Camp Nou over a Premier League switch to Arsenal, Tottenham or Chelsea.

That comes as a blow to all three English suitors, who are beginning to intensify their efforts to sign the 25-year-old.

Arsenal made an offer earlier this week, thought to be worth a total of £40 including add-ons but the bid was rebuffed by Leeds.

Express Sport understands they’re willing to try again with Raphinha among their priority targets alongside Gabriel Jesus and Lisandro Martinez.

Tottenham are also expected to make a move although Everton’s Richarlison is of greater interest to the north London side.

Raphinha has already been clear that he wants to ensure he is playing regularly ahead of the World Cup in Qatar.

“If I said it doesn’t matter, I’d be lying, especially knowing that there are less than six months to go until the World Cup,” Raphinha said, when discussing the importance of his next move while away on international duty.

“I have to be active at the club where I am, this weighs on my decision, but I am confident in my potential.

“If it is to continue at Leeds or to leave, I am going to give my best, find my space and I am going to try be well for the World Cup.”

Leeds are already actively exploring potential replacements though and their shortlist including Porto’s Otavio and Cody Gakpo of PSV Eindhoven.

The Whites are also lining up a move for Club Brugge’s Charles De Ketelaere.