Rangnick – Sancho could miss the rest of this season with tonsillitis

Jadon Sancho could miss the rest of this season with TONSILLITIS, reveals Ralf Rangnick, with the £73m Man United winger suffering from ‘some inflammation and high temperatures’

Jadon Sancho could miss the rest of the season with tonsillitis, Manchester United’s interim manager Ralf Rangnick has revealed.

Sancho sat out Thursday’s draw with Chelsea at Old Trafford after falling ill, and Rangnick fears the problem could keep the £73million star out of action for another three weeks beyond United’s final game at Crystal Palace on May 22.

The United boss admits that Sancho may need to have his tonsils removed at the end of the season if there is no other solution. 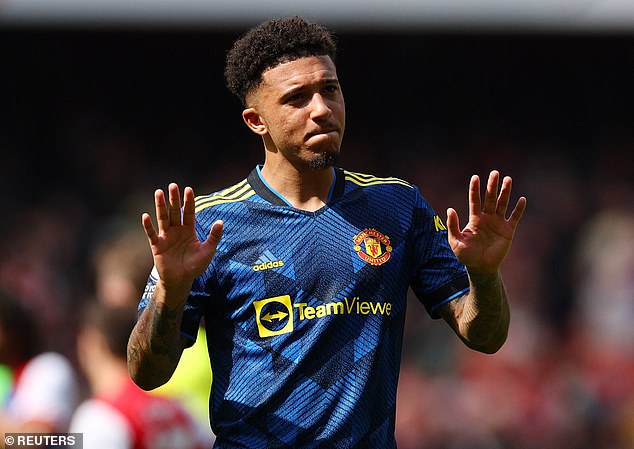 Jadon Sancho could be out for the rest of this season with tonsillitis, says Ralf Rangnick 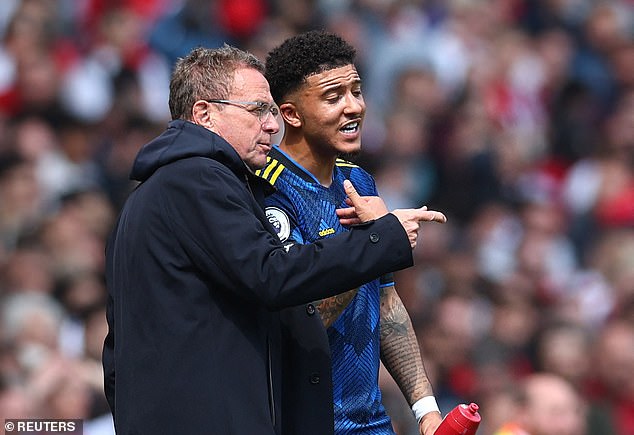 Speaking ahead of United’s final home game against Brentford on Monday night, Rangnick said: ‘As it seems, Jadon might be out for the rest of the season with his tonsillitis so he will most likely be not available against Brentford.

‘Since the last game is another three weeks to go against Crystal Palace, but for the next two games I think it is unlikely.’

Asked about the possibility of surgery, he replied: ‘It could happen. He definitely has an inflammation on his tonsils and has also had some high temperatures, that’s why he was not available for Chelsea and he almost certainly won’t be available for the next couple of games.

‘So, hopefully, they can get hold of that inflammation and if the tonsils have to be taken out and removed, this can happen at the end of the season.’

Rangnick only had 14 senior outfield players available against Chelsea. Paul Pogba and Harry Maguire are among the casualties with injuries that could also keep them out for the remaining three games as well.

Edinson Cavani is set to return to training on Friday having not started a game since early February, but Rangnick beleives the Brentford match may come too soon.

He added: ‘The question is he has been missing for the last four or five weeks. Is he really a player who could then play against Brentford? Probably not to start with, but at least from the bench.

‘Jesse (Lingard) was missing for personal family reasons. I hope some of those players will be back on Monday.’ 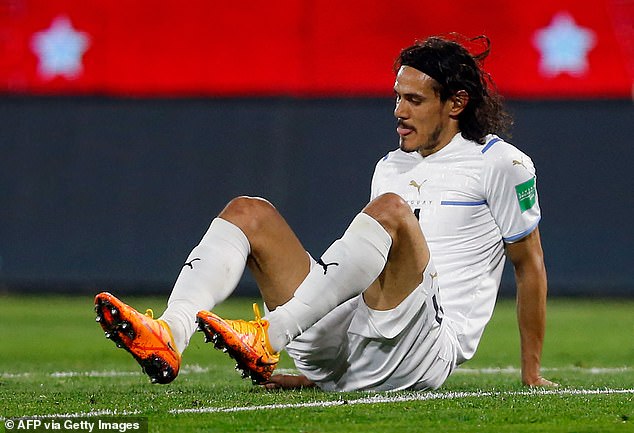 A number of players could be making their farewell appearances at Old Trafford on Monday. Nemanja Matic has already confirmed that he will depart at the end of the season, while Lingard and Juan Mata are set to leave as free agents.

But Rangnick insists his team selection will not be swayed by sentiment as he looks to mark his final home game in charge with a win.

‘Juan Mata played the last 15 minutes (against Chelsea), Nemanja almost the whole game. It is not about saying farewell to the supporters. If that is possible I would do that – I would like to do that – but it is also about getting the best possible result.’