Michael Appleton’s side had not won at QPR since 1972, but Bowler’s strike on the brink of half-time helped them break that duck.

The hosts almost took an early lead when Leeds loanee Tyler Roberts stung the palms of Blackpool goalkeeper Daniel Grimshaw with a low drilled hit. But the Tangerines responded — Jerry Yates coming within a whisker of putting them ahead. 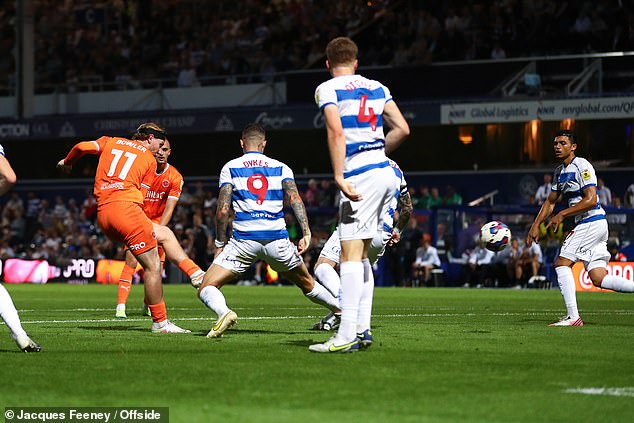 Less than five minutes had gone when the full back, who finalised his move on Monday, fizzed a dangerous cross across goal.

Lyndon Dykes should have given his side the lead shortly after. Stefan Johansen won the ball on the edge of the box but the Scotland striker’s tame attempt was straight at Grimshaw. 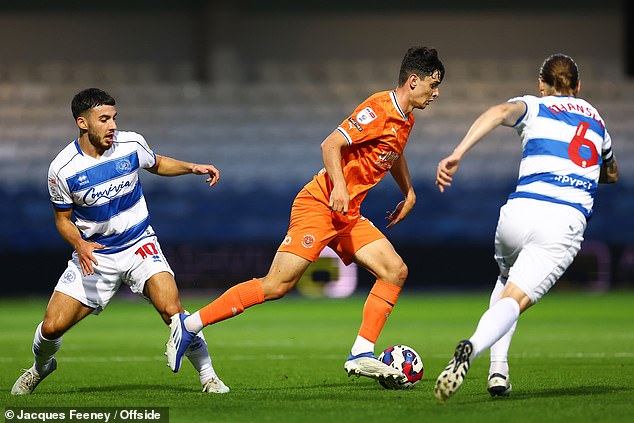 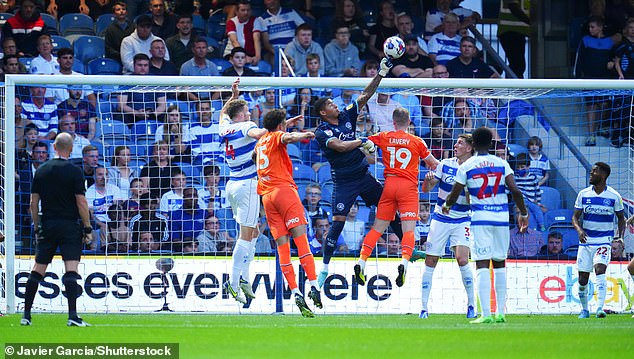 And QPR were made to pay on the brink of half-time when Bowler bended one in after Lewis Fiorini started a lethal Backpool counter attack.

On Saturday, QPR relied on goalkeeper Seny Dieng to score a dramatic equaliser away to Sunderland but they had no such luck in front of their own fans.

Their best chances of a second-half equaliser came with minutes remaining, with Sinclair Armstrong twice going close — first dragging wide from the edge of the box, then heading Albert Adomah’s cross over the bar from close range.