‘Crystal Palace is a place for rough diamond footballers’: Eagles’ last Wembley scorer Jason Puncheon is 2,000 miles away in Cyprus but always has one eye on his FA Cup near miss… now he is backing boyhood club to give Chelsea a run for their money!

Two thousand miles south east of London, the last Crystal Palace player to score at Wembley will be in his local pub this afternoon cheering on his beloved Eagles against Chelsea in their FA Cup semi-final.

Jason Puncheon, whose strike against Manchester United in the 2016 final sparked a memorable dad dance from manager Alan Pardew, is now 35 and playing in Cyprus for Pafos FC.

His heart remains red-and-blue. He grew up near Selhurst Park where his mum worked behind the bar on match day. 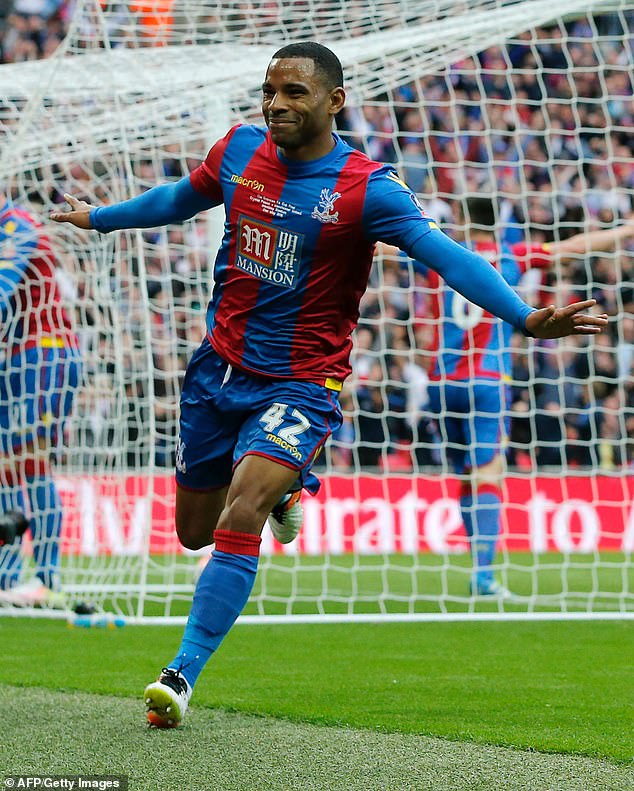 As a player, he represented is local team 170 times between 2013 and 2019. As a fan, he is delighted to see them returning to their roots this season under Patrick Vieira, with young Londoners Michael Olise, Eberechi Eze, Marc Guehi and Tyrick Mitchell giving the team a surge of energy.

Puncheon’s pal Wilfried Zaha, who also grew up south of the river, is playing the best football of his career, with other former team-mates Nathaniel Clyne, Joel Ward and Jeffrey Schlupp contributing. The only shame is midfielder Conor Gallagher is ineligible to face his parent club.

‘Crystal Palace is a place for rough-diamond footballers,’ says Puncheon. ‘Kids who might have been overlooked at other clubs get a chance to prove themselves, like Eze, who was released by Arsenal. 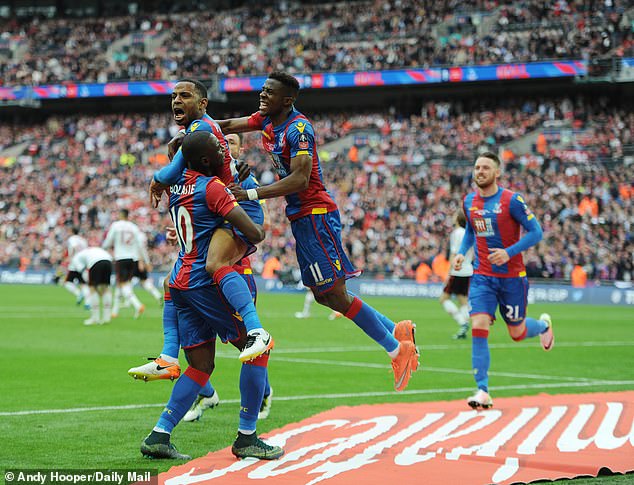 ‘Palace give the opportunity and Vieira has bought into that. What I see is a hungry team who also have technical ability.

‘He’s also been clever in giving the team a sense of calm. The two centre-backs don’t panic on the ball, it helps Palace control games and allows the forwards to shine.

‘I see how Wilf is enjoying his football again, expressing himself, getting himself into one-on-one situations. People are talking about him being the best Palace player of all time and winning the FA Cup would end any debate.

‘He’s been great for the club and vice-versa. He’ll have to decide his future but if he stays, they end up building a statue for him. For me that has to be better than going to another club at 29 and just being another number.’

Palace have not won a major trophy in their history but Puncheon’s team came mightily close six years ago. He scored the brilliant opening goal after 78 minutes when he chested down a pass from Joel Ward and fired past David de Gea. But nine minutes from glory, Wayne Rooney went on a surging run and set up Juan Mata’s equaliser. Jesse Lingard then struck the winner for Manchester United in extra-time.

‘It sounds crazy but I should have kicked Rooney and taken the yellow,’ says Puncheon. ‘I do think about it sometimes. Then he wouldn’t have been able to put the cross in.

‘The exact same situation happened in reverse later on in the game. I was running towards their goal and Rooney whacked me. I can’t lie, I lay on the floor hoping he’d get a second yellow.

‘Nobody wants to be remembered as scoring in a losing final but at the same time it was a special moment for my family and friends. I’m from the Palace neighbourhood. I used to play 20-a-side in the local park until it got dark. My first Sunday team was Melwood, with Ian Wright’s son Bradley. My first football kit was Palace with Wrighty’s name on it. He was my hero and when he left Palace for Arsenal, I supported both teams.’ 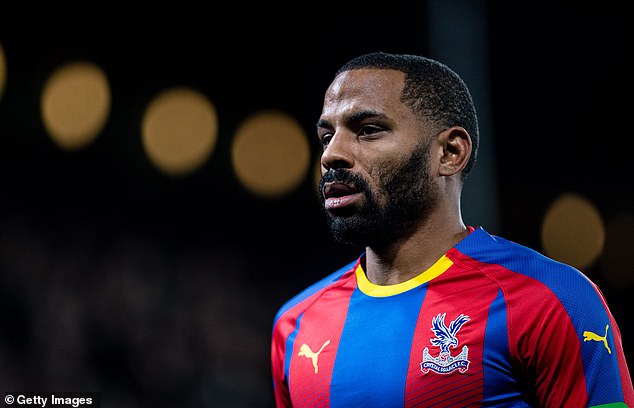 Puncheon’s own career began at Wimbledon and moved on to Southampton where he developed under Mauricio Pochettino ‘Brilliant coach but hard work,’ he recalls. ‘His players needed two hearts and two sets of lungs.’

After a Premier League stint at Blackpool, he had six successful years at Palace. I learned under different managers,’ he says. ‘Tony Pulis taught us how to be gritty, horrible, make fouls, take fouls. Big Sam [Allardyce] was the only manager I knew where if you followed the plan set down by the analysts, you’d win.

‘I wasn’t happy Pards put me on the bench for the final but he knew my character, that it would put fire in the belly. The brilliant thing for me after scoring was the boys warming up all ran to the corner to celebrate. It showed the togetherness. 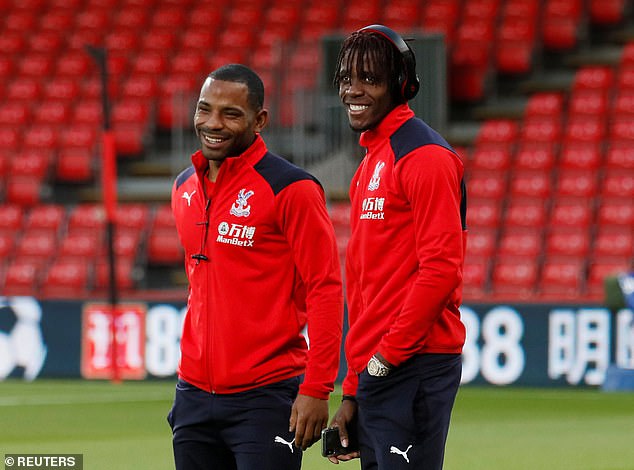 If Crystal Palace were to win the FA Cup Wilfred Zaha would undoubtedly be the greatest player to have pulled on the shirt, says Jason Puncheon

‘I didn’t know about Alan’s dance at that moment but going to an FA Cup final is emotional, you never know how you are going to feel in that moment. People might say “What did he do that for” but if we’d won it wouldn’t be seen the same way it is now. We lost so the dance became more famous.’

Puncheon is in his third season in Cyprus. It has proved a sunny autumn to his career after he left Palace in disappointing circumstances under Roy Hodgson.

‘It was as if he’d made a decision abut me before he even walked in the building,’ said Puncheon. ‘When the Cyprus offer came in, I decided to put the family first. It’s worked out well. My kids speak Greek in school and it’s sunshine most of the year.

‘But Palace is a special club and I see a young hungry team. Chelsea are a dominant force in the Premier League but for me Palace have as much pace and power as they do.’