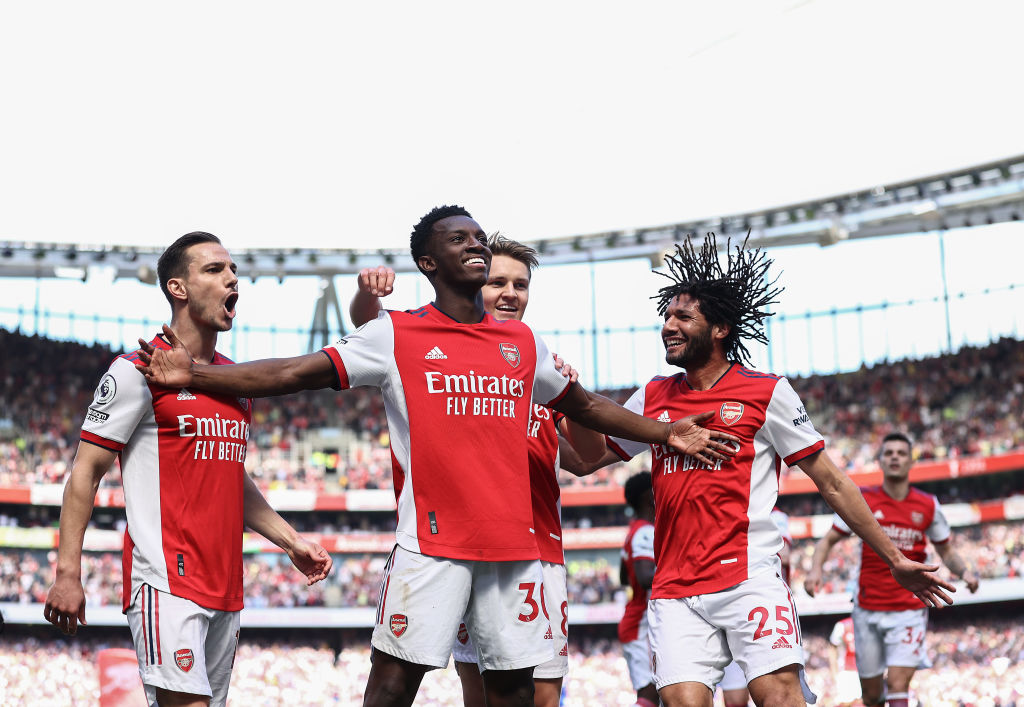 Eddie Nketiah’s future beyond this season remains unclear, although West Ham are now leading the race for his signature, according to reports.

The 22-year-old is out of contract at Arsenal at the end of the season, and while it looked like an exit was the most likely, his recent performances have encouraged the Gunners to keep hold of him.

With a lack of options in attack, Mikel Arteta has brought Nketiah back into the fold and he has repaid the Spaniard with two goals in a win at Chelsea and two more in a win over Leeds at the weekend.

Arteta wants the young forward to stay at the club, but there will be plenty more options available to Nketiah across the Premier League and abroad.

The Daily Mail report that West Ham are in pole position to sign Nketiah, with David Moyes desperate to add more fire power to his attack.

The striker would want assurances of more first team football than he has had this season at Arsenal, although it is not clear whether the Hammers would be able to promise him that, with Michael Antonio currently first choice to lead the line.

Arsenal are offering him opportunities in the first team at the moment, but they are expected to sign a new first choice striker over the summer, looking to replace the goals lost when Pierre-Emerick Aubameyang left in January.

Arteta wants Nketiah to stay on and sign a new deal, saying that everyone at the club adores his attitude.

Speaking after the win over Leeds, Arteta said: ‘Well he is doing what he has done all season, when he’s been sitting on the bench or sat at home – this boy doesn’t change that’s why we adore him.

‘Now, he has the right empowerment and the right personnel around him and he can be judged for what he does on the pitch.’