‘I have taken a bold approach’: Ange Postecoglou accepts responsibility as Celtic end miserable Champions League campaign with 5-1 defeat to Real Madrid but vows that his side can make an impact in the competition in the future

Ange Postecoglou shouldered responsibility for Celtic’s failure in the Champions League after their campaign ended in a five goal drubbing from Real Madrid.

The champions of Europe secured top spot in Group F with a 5-1 victory which condemned the Parkhead club to their lowest ever points tally in a Champions League group.

Winless with two points from a possible 18, a sublime free-kick from substitute Jota belatedly handed the 1800 travelling fans something to cheer after a first half penalty from Josip Juranovic was saved by Thibaut Courtois. 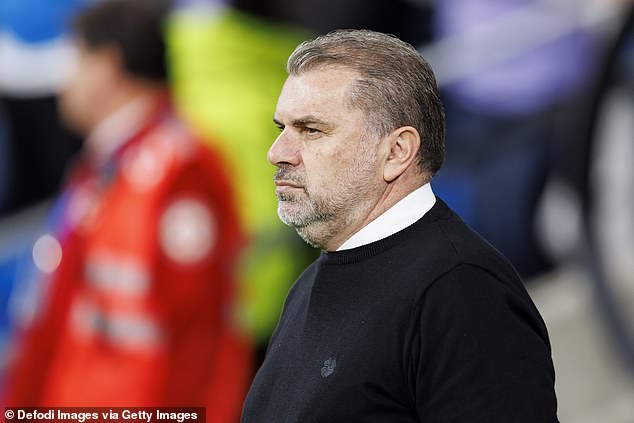 The third spot-kick of the first half, Luka Modric and Rodrygo converted the first two for Real Madrid after VAR officials flagged up handball offences.

Marco Asensio, Vinicius Junior, and Federico Valverde turned the second half into a rout before Jota’s effort handed Celtic some late consolation.

Admitting his side paid the price for going toe to toe with Europe’s best team in the lion’s den, Postecoglou vowed to make more of an impact next time. 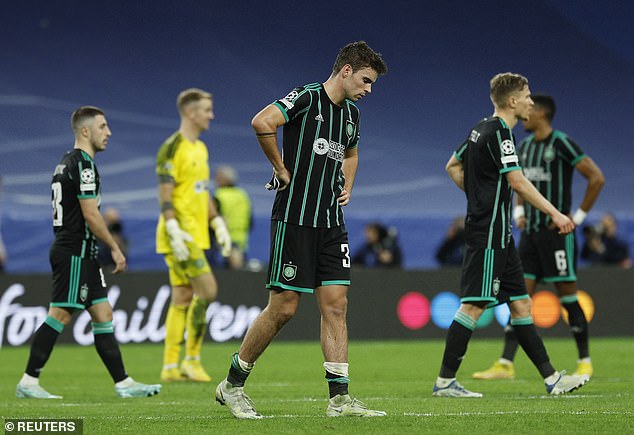 ‘For us and the majority of our players this is their first experience not just at Champions League level but in European football. I understand the fine lines and how you get punished for mistakes and how you need to take opportunities and you can only develop that by being exposed to it and experiencing it. For us it’s the first time we’ve been in the Champions League for five years.

‘The responsibility lies with me because I have taken a bold approach to try and make an impact. 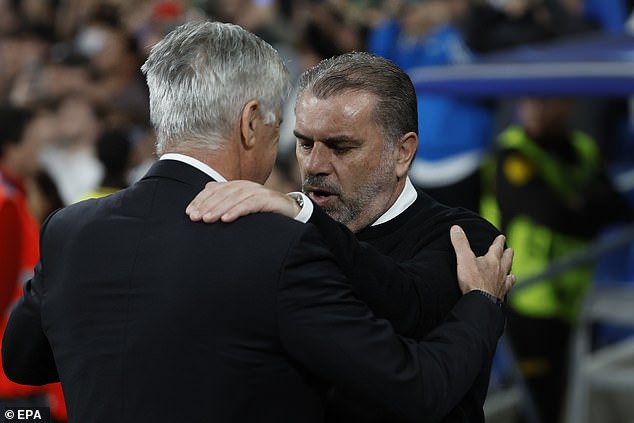 ‘We have paid the price for not having the quality and clinical finishing at one end and the opposition taking advantage at the other.

‘The key for us is if we continue to play like this and continue to improve and we continually get to Champions League level then I have no doubt that we’ll make an impact.’